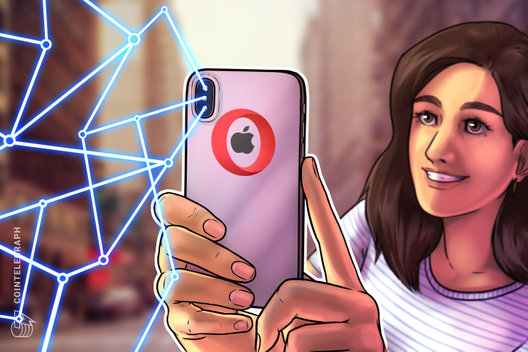 Blockchain browsers have begun to gain popularity, but will the new technology overthrow global search giants?

The appearance of blockchain technology can be compared with the emergence of internet at the initial stage of its development: Users were cautious about a decentralized system and failed to understand many of its subtleties. But just as firms opened up to the internet, almost all corporations are now working on integrating blockchain into their processes — at least as a trial. And there are some reasons for this trend: With the acceleration of data transfers, globalization and the amount of information, the security questions concerning personal data are becoming more acute for users.

Personal information, in a way, is becoming valuable — and thus, monetized. Most can recall a series of scandals involving Facebook and Google, which have been plagued by allegations of misusing the data of millions of users. Therefore, the idea of ​​a “Web 3.0,” which would provide people with control over their content and digital identity, is gradually gaining popularity. Traditional internet browsers are still the gateway to internet for users, but will they retain their place in the new order? And what role will blockchain play in the future of internet browsing?

It all started with the notion of ​​decentralization, and Bitcoin became the embodiment of this phenomenon. Cryptocurrencies are designed to preserve the anonymity and financial independence of users. That is why the most active companies are already undertaking cryptographic developments in this area.

Recently, the Opera browser officially launched a blockchain browser, called Opera Touch, for gadgets operating on Apple’s iOS software, as it was initially available for only PCs and Android devices at the end of 2018. A distinctive feature of the browser is the presence of all the necessary infrastructure to work with the Web 3.0. In particular, the program is equipped with a built-in cryptocurrency wallet and provides support services for decentralized applications (DApps) working on Ethereum. The Opera browser allows users to search blockchain apps via URLs and has a built-in virtual private network (VPN). However, multiple other platforms already have different and established solutions. A representative of the Opera browser, Julia Szynzielorz, explained what Opera Touch can give to its users:

“We believe that the Web of today will be the interface to the decentralized web of tomorrow (Web 3.0). With built-in crypto wallet, the browser has the potential to renew and extend its important role as a tool to access information, make transactions online and manage users’ online identities in a way that gives them more control. That’s why integrated blockchain technologies across our browsers — on Android, iOS (Opera Touch) and in the PC browser which accesses the crypto wallet in one of the mobile browsers.”

She added that blockchain can be used in the new browser not only for saving digital assets but also for helping users to ease their searches on the web, saying:

“Already now, we also have a dapp explorer and Web 3 integration, which means that, using Opera you can browse web 3.0 and use dApps seamlessly, by typing in or searching for their web address, and simply accessing them via the browser.”

The Brave browser was launched in 2015 by co-founder of the Mozilla Project Corporation and JavaScript creator Brendan Eich. It operates on the basis of Google’s Chromium engine and its source code is fully open. The browser removes ad banners and blocks pop-ups. In addition, it is integrated with a system by which users are compensated with BAT coins for watching ads that have passed the browser’s screening. For these purposes, a crypto wallet is integrated into the browser. In August 2018, the browser boasted on its Twitter page that, in just four months after its launch, the number of downloads of its app in the Google Play Store has doubled and exceeded 10 million downloads:

According to its developers, in January 2019, the number of users exceeded 5.5 million people.

Brave is constantly growing and cooperates with different partners. The company has collaborated with the Dow Jones Media Group to test the usage of blockchain technology in digital publishing, and has established partnerships with Townsquare Media to monetize ad-blocking traffic and test digital advertising solutions on the BAT platform.

In September 2018, the company entered into an agreement with the search engine Quantum, which is the default search engine of Brave in France and Germany.

At the same time, in December, an agreement was made with the Taiwanese smartphone manufacturer HTC. Brave will be the default browser for the HTC Exodus, the world’s first integrated blockchain phone for decentralized applications.

The program is now available as a mobile app for iOS and Android, and there are also versions for Windows, MacOS and Linux. In addition to the crypto wallet, the browser has a built-in VPN service, an integrated Tor browser and a Bitcoin micropay system.

The American blockchain startup Orchid Labs has been developing an anonymous browser since 2017, which could become an alternative to Tor and VPNs. According to data published on the website of the U.S. Securities and Exchange Commission (SEC), the company has already managed to raise more than $43 million of the planned $125.5 million.

Orchid’s main goal is to provide anonymous internet access for people all over the world, especially in regions and countries with excessive government censorship. In addition, the Orchid solution will allow internet service providers and users to exchange the Orchid coins. According to Stephen Waterhouse, co-founder and CEO of Orchid Labs, thanks to micropayments in the Ethereum blockchain, the Orchid network will be completely decentralized, unlike a VPN.

One of the most recent examples of decentralized browsers is the open-source P2P browser Beaker. It was developed in 2018 in partnership with the team that supports the Dat Project and is based on Dat’s P2P protocol. The goal of the project is to provide the ability to create and host websites directly in the browser. To do this, a local folder should be created and shared through a corresponding URL.

Beaker allows visitors to copy their files into local folders that will appear as a torrent. Files will be transported with the P2P network instead of being locked away on a server, so everyone could explore all the files that make up a website or app. For a local copy, users can make forks and implement changes. The team behind the project also decided to link it with the real world, using its own Hashbase cloud service. This allows users to maintain constant access to Dat sites, even when its local copies are offline. Beaker does not offer the so-called “browsing privacy” — as all URL owners see the devices that hosts it or try to access it. One of the key features of Beaker is the secure file sharing using the Dat protocol.

And what about Google and Mozilla?

Google is working on a blockchain-based technology aimed at developing and supporting cloud business and a number of other projects, including plans to use blockchain to improve the security of user data storage — however, the company is not in any hurry to share the details regarding its blockchain products. Mozilla seems to be following a similar plan, as — for the moment — the browser supports plug-ins for the privacy and security of users, but no further information has been disclosed. In particular, Firefox blocks website owners from tracking the digital fingerprints of user devices, as well as scripts for the hidden mining of cryptocurrencies. The plan to introduce additional protection measures was announced in August 2018, but the use of blockchain has still not been mentioned.

There are several key differences between the two types of browsers, perhaps best seen through the comparison of Chrome and Brave. The Chrome browser forces the user to confirm its account in order to make use of Google services, such as Google Docs or Gmail. This allows Chrome to collect and use the data of its users to synchronize with other devices, on which the browser and other Google services are also installed. Earlier, this required user consent; now, the corporation does it by default. This rule change was noted by cryptographer Matthew Green, who is a developer of the  Zcash anonymous cryptocurrency. In his blog, Matthew Green wrote that he was very worried about Google’s policy:

“If you didn’t respect my lack of consent on the biggest user-facing privacy option in Chrome (and didn’t even notify me that you had stopped respecting it!) why should I trust any other consent option you give me? What stops you from changing your mind on that option in a few months, when we’ve all stopped paying attention?”

Such an evolution of Google’s data protection policy opens the door for browsers such as Brave to protect the privacy of users. Brave also blocks advertisements by default and does not collect information about its users browsing history, which would usually be used for context advertising. Intead, it gives advertising content creators a larger share of its revenues. Users have an option in the browser’s settings to agree to view the displayed ads, for which they receive BAT tokens.

Speaking of efficiency, browsers always deliver obstacles, as most of the available test programs cannot be tied to real-world tasks. However, after conducting several tests, the Brave team claims its solution is significantly faster than Chrome. But Brave still has a number of significant problems: For example, some sites perceive Brave users as bots. Most likely, this is due to the function of tracker-blocking. Also, users regularly encounter additional security checks in comparison to when using Chrome.

Future for new browsers or not?

The era of the Web 3.0 promises to significantly change users’ experience. However, there are many unknown variables in this story: How will internet technologies like Big Data and artificial intelligence play a part? How exactly will the transition to decentralized data storage and processing occur? What will DApps’ structure look like and what role will browsers play in it?

At the moment, the so-called Web 3.0 browsers are hybrid structures, which are based on the software we are used to — but with the addition of extensions that support decentralized apps and crypto wallets. And this postpones the „third coming“ of the internet.

Thus, various platforms and services can be developed on the basis of blockchain, and their potential could lure users from centralized companies — and possibly completely replace the services of major technology giants in the future. 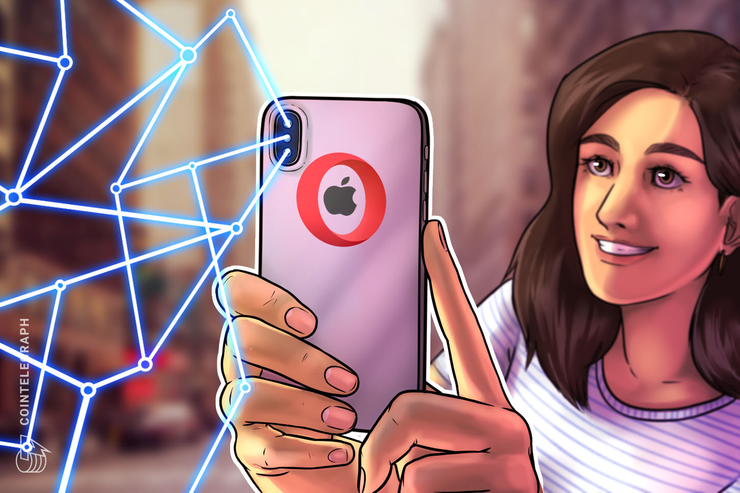 Blockchain browsers have begun to gain popularity, but will the new technology overthrow global search giants?