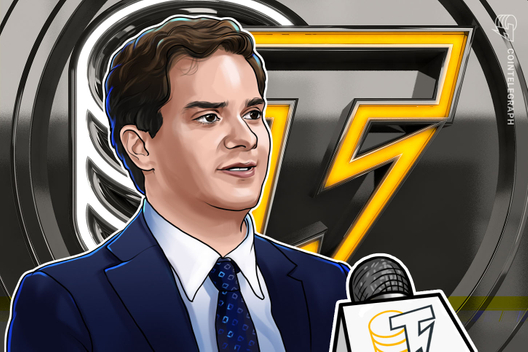 “I believe it’s going to be years until everything Mt. Gox clears out of the courts.” Mark Karpeles talks with Cointelegraph.

Disclaimer: The interview was edited and condensed for publication

Mt. Gox crypto exchange is well remembered — but mostly for a bad reason. The year of 2011 marked the biggest heist in terms of the amount of crypto stolen, an eye-watering figure of 850,000 bitcoins (BTC), worth around $473 million at that time. Four years on and only 200,000 BTC of that were recovered.

Most creditors still don’t know if or when they will ultimately get their funds back. Apparently, we may not see a conclusion any time soon, as Mt. Gox.’s trustee continues its standoff against the United States-based company CoinLab in court.

Meanwhile, recent reports that Mark Karpeles is working for Japanese company Tristan Technologies as its chief technology officer have unsettled the community, with many believing that Karpeles is now back in the crypto game. To clarify these rumors and to find out the details regarding Mt. Gox settlements, Cointelegraph spoke with the man himself, Mark Karpeles.

Alex Cohen: First of all, let’s talk about recent reports that claimed you recently joined a brand new blockchain firm, Tristan Tech, as a CTO. You then took to the press to clarify that those reports were not accurate. Can you clarify all of this, please?

Mark Karpeles: This is not particularly a new role; I have been doing this since 2016. Tristan Technologies is a very small company. We have probably, I think, four employees, with two engineers, including myself.

So, it’s a very small entity and we’re working toward creating IT services — but nothing blockchain-related at this point, at least.

There are different reasons for why I work here. One of the reasons was that, at the time, I didn’t really have a choice anyway, considering I was just out on bail. And as such, it was not easy to find a job.

Also, I think Tristan Technology is a company that is very interesting on one specific point, which is that the director of the company is also my lawyer, who dealt with the criminal case in Japan..

I have an opportunity to work on things that most IT companies cannot do, because either it’s too complex or it’s about things people don’t even know is possible.

AC: So, just to clarify, do you have any plans to work in or with crypto, or do something blockchain-related right now?

MK: Well, of course, there are probably things I can still do in crypto. But I don’t think it’s the right timing, right now. It will depend on how things evolve in the future.

In the meantime, it is important to express and share what I have seen during my years at Mt. Gox and after that, and there is a book I’ve published in Japan that contains a lot of explanation – like what happened at Mt. Gox, what the status of cryptocurrency is, what has been done so far, and what needs to be done as soon as possible to make sure that crypto evolves and become something for the future.

Overall, Karpeles has not ruled out returning to the crypto and blockchain industry at some point in the future, after overcoming the most pressing obstacles:

MK: I don’t know when, it will not depend on me alone. It will also depend on the industry itself. Right now, I still have one trial ongoing in Japan.

The original charges include embezzlement and breach of trust, for which I have been judged innocent. But there’s only one thing remaining, to which I’m appealing.

So, it’s going to take some time, I believe. But I’m going to fight until the end to prove my innocence on this.

Legal battles continue on all fronts

The original charges against Karpeles were filed in 2015 on the grounds of breach of trust and embezzlement. He was eventually found guilty of record tampering and handed a 2 ½-year suspended jail sentence, which he is now appealing.

AC: How long do you think it will take until we see a conclusion to all the court cases?

MK: There are different legal processes going on at the same time in different places in the world.

I believe it’s going to be years until everything Mt. Gox clears out of the courts — maybe more, so it could be even 10 years, I don’t know. But I believe the thing most people are waiting for right now, really, is a bankruptcy itself. If we can just find a solution for creditors, I believe it would be much better for people than just waiting forever.

Actual progress right now depends on one specific creditor, which is a company called CoinLab. They are a firm that Mt. Gox at one point tried to work with to handle customers in the U.S. because of regulations. It was not really possible to do from Japan.

As it turned out, CoinLab didn’t get the right licencing, and they didn’t do things that were expected of them, so the agreement couldn’t move forward and CoinLab tried to sue Mt. Gox. We countersued CoinLab in the U.S.

In the meantime, Mt. Gox went into bankruptcy, so the lawsuit became a claim. So earlier, CoinLab filed a claim with Mt. Gox. But, with the recent petitions, they had a new $16 billion claim, which is completely preventing everything moving forward.

AC: During and after your trial, several media outlets reported that you have vast wealth stored in crypto. Is that true?

MK: Well, I wish that was true because I wouldn’t have to work. So, no, I don’t have any kind of crypto.

During the Mt. Gox bankruptcy, I was pushed to bankruptcy myself. I was detained for almost a year, during which time all my belongings were seized by the trustee fund. When I came out on bail in 2016, I came out with absolutely nothing.

The only thing remaining was a genuine distrust and simply the impossibility to get any kind of job — which, compared to this, actually I would say that I accomplished quite a bit, getting back on my feet. But I’m still far from done, I believe.

But still, if I had billions in crypto, it would have been so much easier for me. I did manage to finally create a bank account, but most banks would just say no, seeing my name. So, it’s been a while to find the bank that would let me even just create an account. I’m definitely not going to get any credit cards anytime soon.

When could Mt. Gox creditors get their money back?

AC: What of the amount that the creditors would be paid back? There were conflicting reports in the media, so is there a specific number?

MK: Well, I would say it’s confirmed because the only reason for it to get changed would be in case CoinLab gets a different amount approved, which is very unlikely, as far as I know.

I do not think the amount is going to be any lower than what it was going to be during the bankruptcy. It should also include cryptocurrencies such as bitcoin and bitcoin cash. But the case is that, I guess, it could take years.

For this, there are two parts: The trustee fund has actually secured more than $500 million worth of cash by selling bitcoins during the bankruptcy, and it has more than 100,000 bitcoin cash, which can be distributed too.

So, the only thing that remains would be to clear the CoinLab charges and then submit an original plan to the court. which would then outline a concrete road to implement the plan. So really, CoinLab is a big stopping block to moving forward.

Basically CoinLab has made a claim that is clearly outrageous. I mean, $16 billion is, by any kind of total, too much. And very clearly, it’s only there to delay the process in order to be in a better position when negotiating some kind of a settlement.

But quite clearly, the only way CoinLab would get any kind of money is if the trustee of the court approves a settlement — because the claim, as I know, has no merit.

In February 2019, U.S.-based bitcoin business incubator CoinLab upped its initial court claim against Mt. Gox from $75 million dollars to $16 billion. The original filing against the bitcoin exchange, which took place in 2013, implicated Mt. Gox of breaching a contract regarding the servicing of customers in the U.S.

Mark also shared his expectations regarding the outcome of the case against CoinLab:

MK: For the case, if it goes to the end, CoinLab will definitely lose and will not be awarded anything. I believe the trustee has a very good chance against CoinLab, as long as the case gets properly fought.

But the thing is, CoinLab is not fighting to win but to cause delays, because they know there is a big pressure on the trustee to clear everything as soon as possible, which is not an option as long as CoinLab is there.

Ahead of the interview, Cointelegraph has asked the community to send in questions through social platforms. Here are several of them:

Does Brock Pierce have any right to the Mt. Gox URL?

MK: I do not believe Brock has the rights, as of today, for the URL or Mt. Gox itself. Of course, if he wants to take Mt. Gox, surely he can make an approach to the trustee, and the trustee would review it, discuss and decide whether it’s a good thing or not. But I do not believe — at this point, anyway — that this kind of thing will happen. Brock Pierce actually made two attempts at reviving Mt. Gox.

He came to Japan, so I met him in this office right here, actually, and we talked a little bit about different things. Basically, it didn’t seem like he had a solid plan to bring recoveries to creditors or to make things move faster. He seemed set on the idea of issuing a new coin. So, based on what I’ve seen, I’m not sure it would have benefited everyone equally.

Does Mark have any regrets about getting involved in the crypto world? And if he could go back in time and change anything what would that be?

MK: Well, I would say my main regret was to accept Mt. Gox instead of just creating a new exchange.

AC: Do you still have any altercations with Mt. Gox creditors?

MK: I do have a lot of contact with many creators. I’m helping many people to try to go through all the process, which is in Japanese. Of course, I’m trying to do anything I can to help people, because today, I cannot do much more than that — although I’m making sure the bankruptcy process has anything it needs from me and trying to make it possible for creditors to contact me.

AC: In terms public perception, people were and still are quite suspicious of you. Do you think this notion toward you has softened over time.

MK: Being judged innocent of charges is actually a big stamp of approval from a Japanese court, based on the police investigation. So, I believe it’s actually helped restore a lot of trust and a lot of belief in people for me.

But, there’s still one case remaining, which I’m still fighting. Even if I am proven truly innocent, some people would just say that the court is not being fair or something. But actually, that would be an uphill battle, because Japan tends to have a very high conviction rate.

Justifying that I am innocent of the charges, the prosecution didn’t decide to appeal this. Something that I didn’t expect to happen. I believe this really means something. 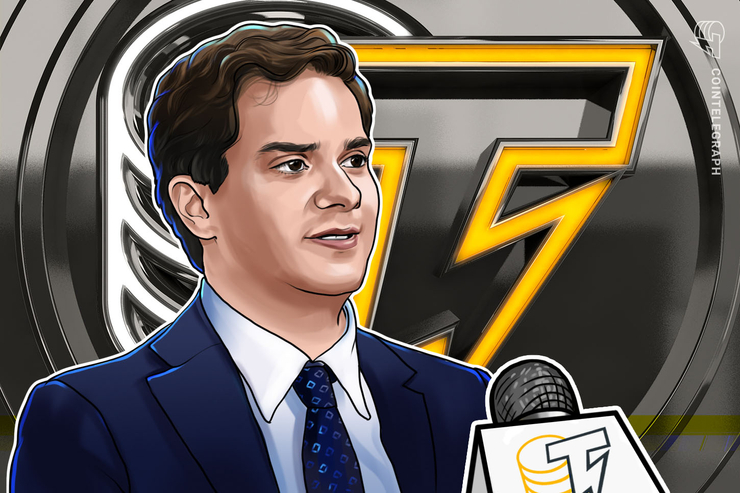 “I believe it’s going to be years until everything Mt. Gox clears out of the courts.” Mark Karpeles talks with Cointelegraph.