U.S. Treasury Secretary Steven Mnuchin says he and the Federal Reserve chairman see no need for the country to issue a digital dollar

United States Secretary of the Treasury Steven Mnuchin said that he and Federal Reserve Chairman Jerome Powell do not anticipate the development of a national digital currency in the country.

Mnuchin delivered his comments during a House Financial Services Committee hearing in Washington, Bloomberg reported on Dec. 5. “Chair Powell and I have discussed this — we both agree that in the near future, in the next five years, we see no need for the Fed to issue a digital currency,” Mnuchin said.

The Treasury secretary’s statement came in response to a question about Facebook’s yet-to-be-released Libra stablecoin. Mnuchin further said that he has no objection to Libra, as long as it is fully compliant with bank secrecy and Anti-Money Laundering regulations, so that “In no way can this be used for terrorist financing.”

The Federal Reserve sent a letter to U.S. Representatives French Hill and Bill Fosters in mid-November, in which the agency revealed that it is not currently developing a central bank digital currency (CBDC), but it has assessed and continues to evaluate the costs and benefits of such an initiative.

Powell said in the letter that, prior to issuing a CBDC, the Federal Reserve has to address a number of legal questions, including monetary and payments policies, financial stability, supervision and operational issues, and their vulnerability to cyber-attacks.

On Dec. 4, a panel of senior financial regulators in the United States headed by Mnuchin warned the public about the purported risks of stablecoins and cryptocurrencies. The regulators stated:

“If a stablecoin became widely adopted as a means of payment or store of value, disruptions to the stablecoin system could affect the wider economy. Financial regulators should review existing and planned digital asset arrangements and their risks, as appropriate.” U.S. Treasury Secretary Steven Mnuchin says he and the Federal Reserve chairman see no need for the country to issue a digital dollar Treasury Secretary Steven Mnuchin rejected the idea that cash is laundered all the time, implying that Bitcoin is

Treasury Secretary Steven Mnuchin said that the authority will be preventing Bitcoin (BTC) from becoming an “equivalent of Swiss-numbered bank accounts.”

U.S. secretary of the treasury to closely monitor Bitcoin regardless of price

In a press briefing reported by CNBC on July 18, Mnuchin criticized Bitcoin and other cryptocurrencies as they can be used for illicit purposes such as money laundering, adding that the department intends to enforce strong regulations on the space.

The official emphasized his own intent to closely monitor Bitcoin to prevent illegal activity regardless of its price, claiming that there are billions of dollars in Bitcoin and other crypto for nefarious activities.

Mnuchin believes that cash is not laundered like Bitcoin is

As Mnuchin clearly said that Bitcoin’s vulnerability to money laundering is the main reason for the Treasury to regulate it tightly, CNBC’s host Joe Kernen questioned his point in an interview on “Squawk Box” on July 18.

Kernen argued that Bitcoin and other existing currencies’ capabilities to be used for nefarious activities cannot be a reason for banning them, noting that “cash is laundered all the time.” Mnuchin did not back off from his position, replying that such a statement is not accurate.

The Secretary elaborated that the U.S. has the strongest anti-money laundering (AML) system in the world, adding that the government combats “bad actors in the U.S. dollar every day to protect the U.S. financial system.”

Following the interview, Kernen expressed sarcasm about Mnuchin’s idea that cash has not been laundered all the time, but the authorities are combating illicit activities in its system. He tweeted:

On July 15, Mnuchin expressed concern over Facebook’s proposed cryptocurrency and its potential illicit use, noting that he is not comfortable with Libra cryptocurrency, which can be used for tax evasion, extortion, illicit drugs and human trafficking, among others. 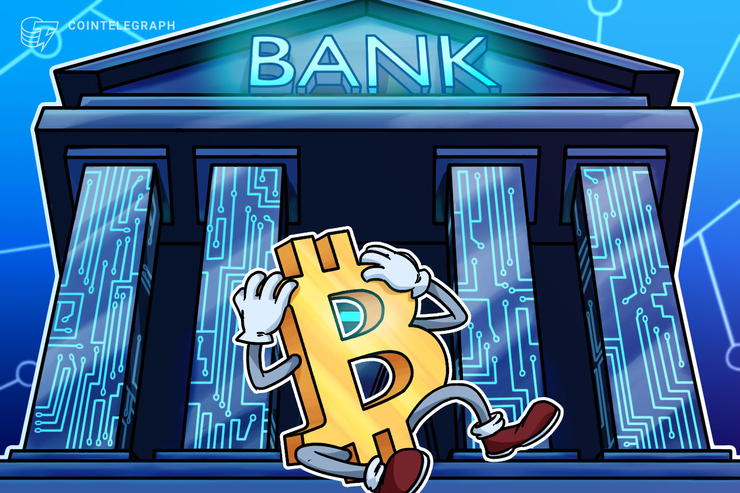 Treasury Secretary Steven Mnuchin rejected the idea that cash is laundered all the time, implying that Bitcoin is