Cryptocurrency investors will be unable to trade many tokens after Binanace’s main exchange platform becomes unavailable to U.S.-based accounts in September

Crypto enthusiasts living in the United States will have no trading options for a many cryptocurrencies when the major crypto exchange Binance becomes unavailable for them in September, according to a report by CryptoPotato on June 14.

The report draws this conclusion based on the following table, which shows which cryptocurrencies will still available for U.S.-based traders after Binance discontinues its U.S. service: 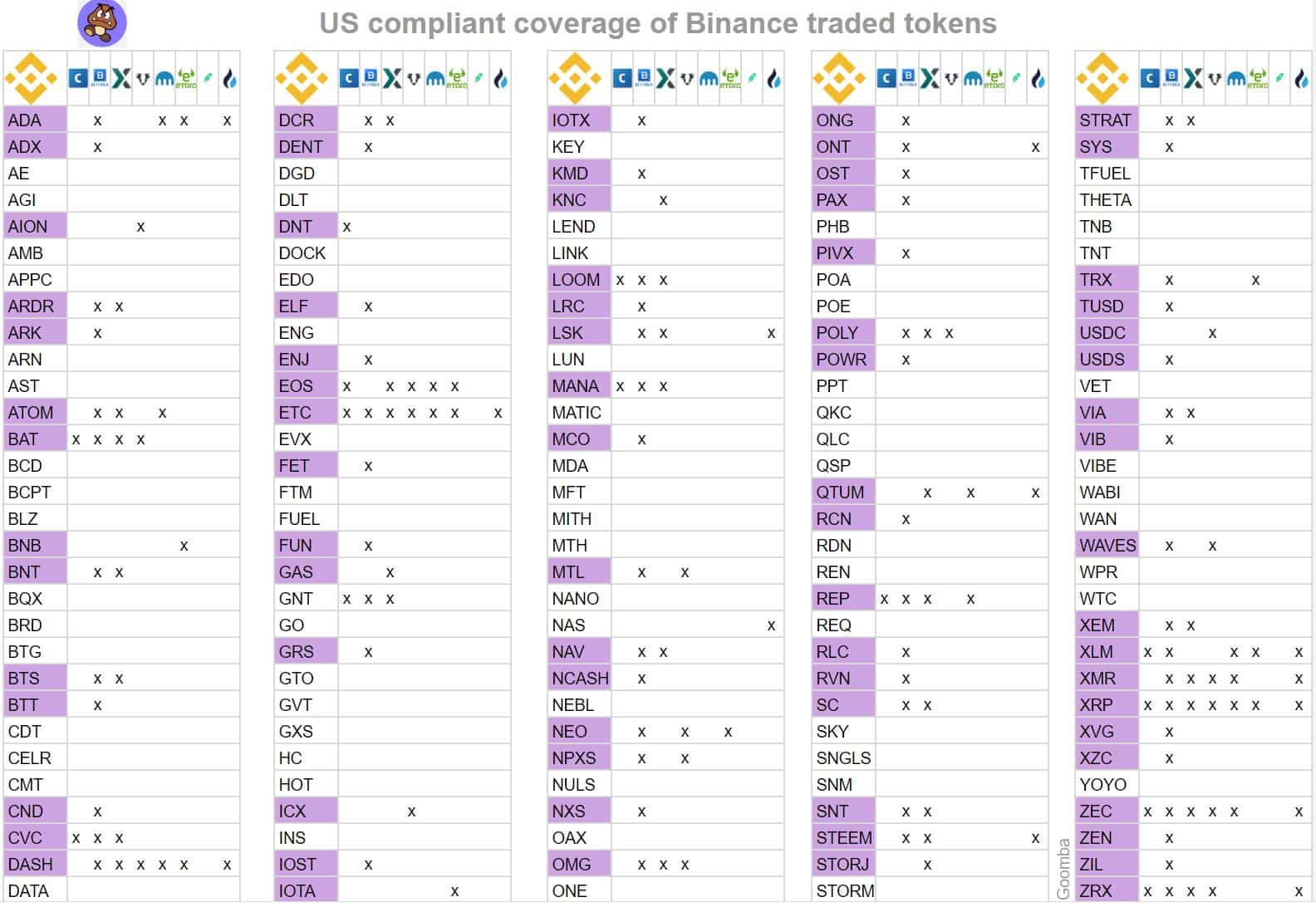 Former Binance options in the U.S. on other crypto exchanges. Source: Goomba’s Twitter

The report also highlights that, in addition to the cryptocurrencies with no trading outlet in the U.S.—the all-white rows—there are also a number of tokens listed on only one exchange after Binance drops off, including ARK, BTT, IOTA, PIVX, and ZIL.

These “endangered” exchange tokens, as well as the (temporarily) extinct tokens, will likely witness a large drop in volume, according to the report.

However, veteran cryptocurrencies such as XRP, DASH, XLM, ETC, ZRX, and ZEN should survive Binance’s departure with little issue, since they are listed on four or more of the aforementioned exchanges.

As recently reported by Cointelegraph, Binance updated its terms of use on June 14 to exclude trading on the platform in the U.S., which comes shortly after its announcement of a U.S.-exclusive fiat-to-crypto exchange.

Binance CEO Changpeng Zhao (CZ) remarked on the recent changes, implying that the restructuring will be useful in the long run:

Cryptocurrency investors will be unable to trade many tokens after Binanace’s main exchange platform becomes unavailable to U.S.-based accounts in September