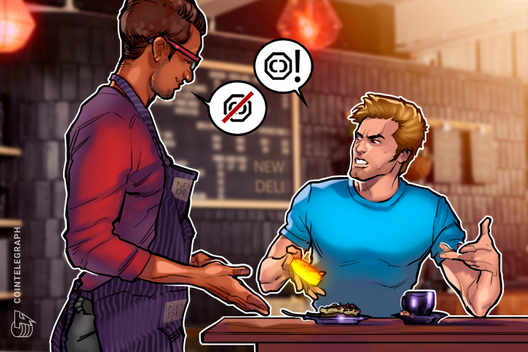 The Reserve Bank of India returned a request for information about a proposed crypto ban, which is allegedly making the rounds at the highest level of government

Those who mine, trade or own cryptocurrency in India are currently on the edge of their seats, as rumors keep swirling around a draft regulation called the Banning Cryptocurrencies and Regulation of Official Digital Currency Bill 2019. As its ominous title indicates, the bill allegedly calls for harsh penalties of up to 10 years in jail for those who deal in crypto, clearly intending to rid the country of digital tokens. However, whether the bill will become a law or not remains inconclusive, even after attempts of one of India’s premier blockchain lawyers to discover the truth.

April’s unveiling of a promising regulatory sandbox for blockchain by the Reserve Bank of India (RBI) contained the first hints of a crypto ban, with the rules making no mention of crypto in a thoroughly tight-lipped manner. This prompted lobbyists to call for the bank’s reconsideration, and likely fanned the flames of rumors about stricter measures inbound. These embers caught fire around the same time, when local publication The Economic Times suggested that several government departments had already agreed to the ban and were merely waiting for the correct time to announce it.

Following a complete lack of guidance on the claim, Indian blockchain and cryptocurrency lawyer Varun Sethi submitted an official request for information to the RBI. The RBI’s regulatory framework for blockchain innovation, as well as its ongoing advice to investors about crypto suggests that it has the authority to make these decisions — making it a logical target for Sethi’s information request. Strangely enough, when the report was released, the RBI stated unequivocally that it hadn’t received communication from the government on the matter.

Reading between the lines 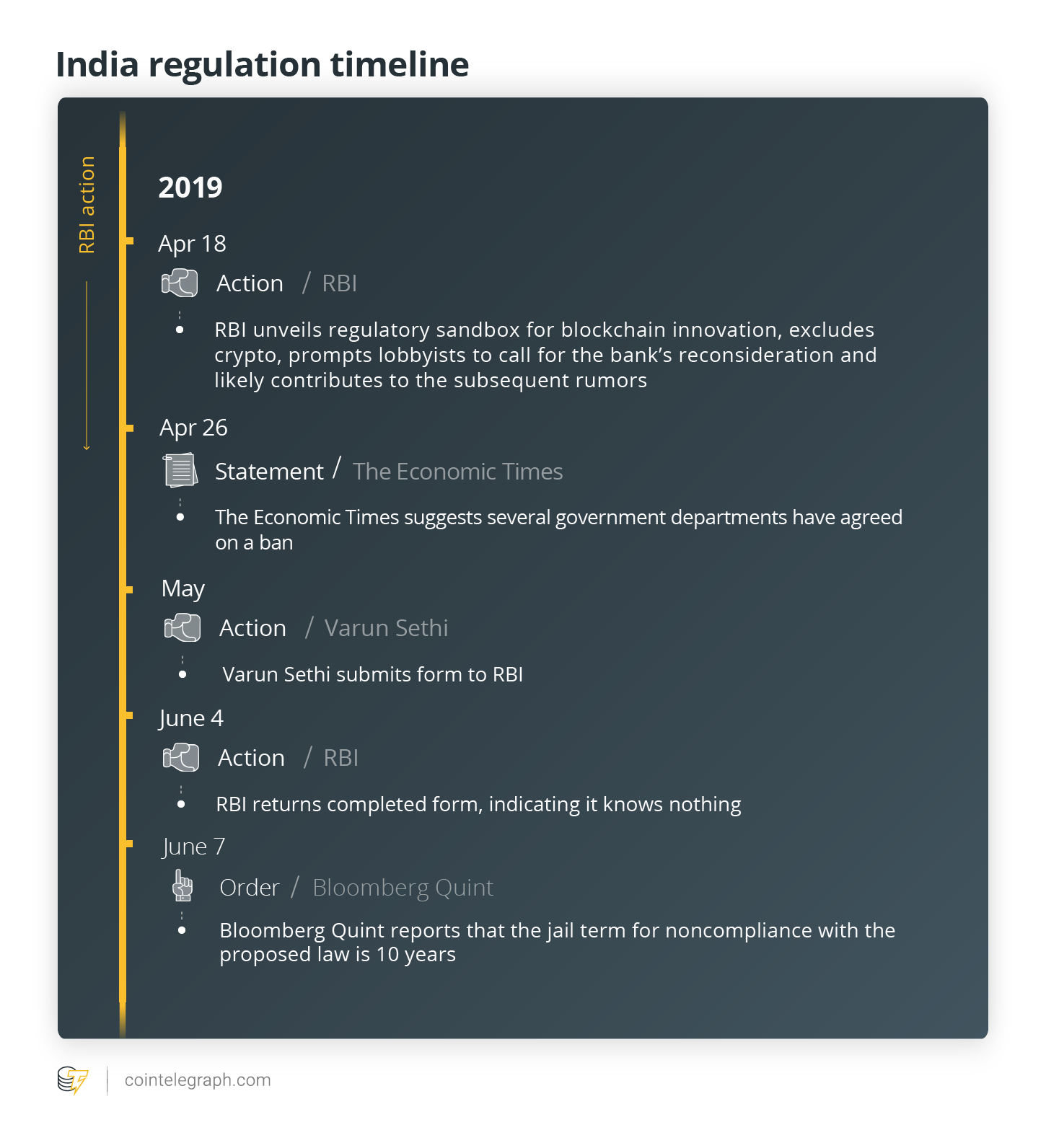 There are some things to consider before assuming that India will ban cryptocurrencies. Notably, Sethi begins each request for information with a statement from “the article” (referring to The Economic Times’ piece published on April 26), which cannot be considered a primary source when it comes to financial regulation. Another reason to be skeptical is the language that the RBI uses when answering Sethi’s inquiries. The bank won’t lie on a request for information; it says a lot when, in the clearest terms possible, it states its complete absence of knowledge and that it hadn’t sent a memo or even met internally on the matter.

To believe that India will totally ban cryptocurrency requires one to suspend logic. The country is one of the most technologically progressive, and its recent blockchain regulations are optimistic. It makes sense that India would leave cryptocurrency out of its blockchain laws, because the two ideas (while related) are completely different. Sandeep Nailwal, co-founder and chief operating officer of Matic, an Indian-based solution to Ethereum’s decentralized scaling issues, told Cointelegraph:

“There is no information from trusted sources to support the statements made in this report and it’s completely contrary to the widespread support we are seeing for Blockchain technology in India. We fully believe that Indian regulatory bodies wish to foster upcoming technologies, and this includes blockchain and digital ledgers. There is strong backing within the Indian technology communities for these emerging technologies and we expect regulation will follow in due course to cement this.”

For India, crypto is an opportunity, not a threat

Not only would favorable cryptocurrency regulation help companies like Matic to continue to fund themselves and innovate, it would also provide a good platform for India’s digital rupee ambitions. Banning the infrastructure that would allow value to flow into a digital rupee (and give it relative value) would be counterproductive, and for this reason, many experts agree that a crypto ban was never in the cards. The legal tangles it would create (i.e., allowing one or some cryptos but not others) would waste time and brand India a poor target for blockchain investment.

“Criminal liability for using cryptocurrency on blockchain, while also leaving a loophole for a potential ‘digital Rupee’ will cause a regulatory blunder. It will create legislative inaccuracies that are more than blurry legal ideas, India will also be branded as an unattractive market. India should learn from other jurisdictions, like EU member states, how to regulate Blockchain and cryptocurrencies in a manner that is not only effective, but legally sound.“

For these reasons, Indians shouldn’t expect that their government will suddenly announce a ban on crypto and make the RBI enforce it. More likely are forthcoming regulations, whereby exchanges will help the government and the RBI to clamp down on tax evasion, wash trading and money laundering more effectively. By putting the burden of Anti-Money Laundering (AML) and Know Your Customer (KYC) procedures on exchanges and kicking out those that don’t follow the rules — something that already happened in the case of Coinome’s shuttering — the government can boost blockchain’s upsides (investment and innovation) and limit its downsides (fraud and a weaker rupee).

News of a delegation’s visit to Zug, Switzerland provides further evidence of India’s interest in a healthy embrace of blockchain and all that accompanies it. Zug hosted the group of Indian academics, economists and tech experts who were there to observe how public blockchains have evolved in the “Crypto Valley,” and how they could be applied in India. Upon the delegation’s return to India, around the same time as the RBI’s report, United States-India fellow from Georgetown University’s Masters in Public & Foreign Policy and delegation member Tanvi Ratna reported that “the Swiss focus on building conducive framework conditions is a big takeaway from this trip.”

Another delegation member indicated that Switzerland’s “approach is agnostic to the technology and is focused on creating an enabling framework for public blockchain. After quantifying the risks and benefits of the approach for the Indian ecosystem, we will convey it to policy makers and regulators.”

Clearly, there are things happening in the background that don’t lend credibility to the marketplace’s current level of fear, but it’s best to remain open to any possibility as Indian lawmakers deliberate.

The Reserve Bank of India returned a request for information about a proposed crypto ban, which is allegedly making the rounds at the highest level of government