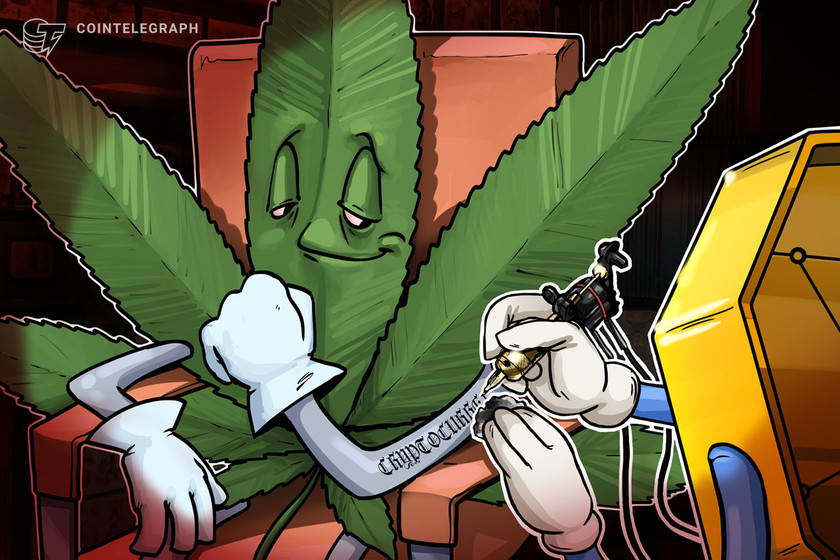 As senators call for an end to the federal prohibition of marijuana, how would it affect the crypto-cannabis connection that’s arisen in the weed industry’s banking blindspot?

The recent vow by United States Senate leader Chuck Schumer to end federal prohibition of cannabis could have knock-on effects for Bitcoin (BTC) and the wider cryptocurrency industry.

Schumer and fellow Democratic senators Ron Wyden and Cory Booker released a joint statement on Feb. 1, declaring their intention to comprehensively reform federal cannabis legislation. The statement noted the disproportionate impact of the war on drugs on people of color. It stated:

“The War on Drugs has been a war on people—particularly people of color. Ending the federal marijuana prohibition is necessary to right the wrongs of this failed war and end decades of harm inflicted on communities of color across the country.”

Even in states where cannabis is legal, dispensary owners have still been forced to operate outside the traditional banking sphere. Federal prohibition has so far meant that most banks have been unwilling to risk doing business with cannabis stores, effectively forcing owners to run a cash business.

Cryptocurrency and cannabis, particularly in relation to legalization in the United States, both came of age in the same decade. Both have traditionally faced many of the same difficulties in gaining social acceptance, whether from lawmakers and regulators, or even the general public.

Perhaps it should be no surprise that cryptocurrency projects stepped in to fill the void the banks had left in the legal cannabis industry. As well as giving birth to numerous marijuana-inspired cryptocurrency tokens, and seeing blockchain technology used to shake up the seed-to-sale supply chain, the emergence of crypto in the cannabis industry also gave dispensary owners an alternative to cash payments, and a way to store wealth.

But if cannabis really were to be legalized at the federal level, what would happen to the burgeoning relationship between weed and crypto? Would cryptocurrency effectively be robbed of a use case?

Michael Wagner, the CEO of Multichain Ventures, which provides blockchain payment solutions for the cannabis industry, told Cointelegraph it was possible that acceptance from normal banks could negate the need for business owners to use cryptocurrency. Wagner said:

“As to the utility of cryptocurrencies should traditional financial centers open up to these businesses, I will admit that it decreases the attractiveness of a solution founded on blockchain.“

However, the impact of such an occurrence probably wouldn’t make itself felt, says Wagner, who says the lack of legal clarity around crypto has made it difficult for cannabis users to get on board so far.

“It has been my experience, in countless conversations with cannabis operators, that cryptocurrency is not widely adopted despite the friction present in financial services today. A lack of clarity surrounding legality of crypto, as well as understanding of the technology, produced a considerable barrier to entry.“

The drive to produce a digital payment system for the cannabis industry, which saw Multichain Ventures work alongside the State of Nevada on a blockchain-based pilot, is an example of an attempt to break down that barrier, says Wagner.

But regardless of cannabis’ legal status, Wagner says using cryptocurrency comes with its own benefits, beyond simply being a means of storing wealth.

“Further, our internal thesis has been, and continues to be, that decentralized financial ecosystems provide substantial utility on their own […] To that end, while traditional banking would open up competitors, the innovation that is cryptocurrency continues to be superior in virtually every way. Faster and cheaper transactions. Greater transparency.“

Wagner says he supports calls for cannabis legalization and believes cryptocurrency will carve a path for itself no matter what:

“I fully support greater access for cannabis business through legislation, but I believe we will find attractive use-cases for cryptocurrency assets regardless.”

The legal cannabis industry was estimated to be worth around $20 billion globally in 2020, even amid the COVID-19 lockdown. For context, the value of the cannabis sold on the black market is estimated to be more than 10 times as much.

Senators Schumer, Wyden and Booker intend to release a reform discussion draft by early 2021. Numerous cannabis stocks rallied in the wake of their official statement. 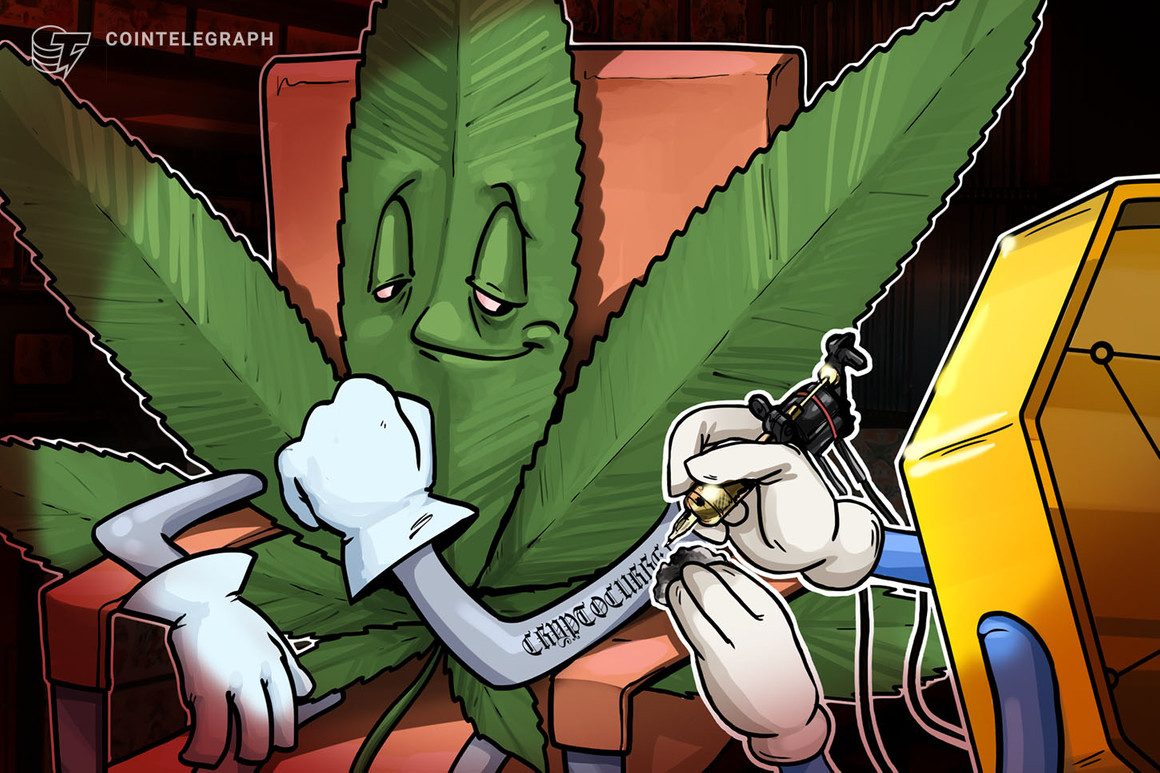 As senators call for an end to the federal prohibition of marijuana, how would it affect the crypto-cannabis connection that’s arisen in the weed industry’s banking blindspot? 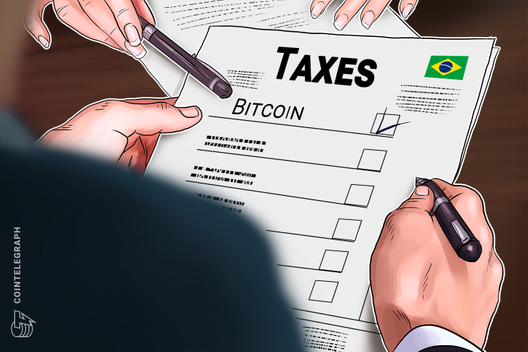 The head of a major Brazilian trade association, the Federation of Industries of the State of São Paulo (FIESP), said that Brazilians could start using crypto to evade taxes.

Paulo Skaf, the president of the FIESP, expressed concern over the recent tax reform proposal by Brazilian President Jair Bolsonaro, Cointelegraph Brazil reports on July 25. He reportedly warned that the new tax system could force citizens to use crypto such as Bitcoin (BTC) for tax evasion purposes.

In a recent interview with local newspaper Folha de São Paulo, Skaf criticized the upcoming tax reform, calling it a mistake that would be an invitation to evade taxes and lead to unfeasible situations in various sectors. Skaf said:

Pres. Bolsonaro recently said that the government has been seeking to simplify federal taxes by combining a number of existing taxes into one single tax. According to local English language publication The Rio Times, income tax changes are expected to be proposed in August, with the government planning to merge five consumption taxes into a single federal tax with a rate of 15%.

Meanwhile, Brazil’s Ministry of Economy recently halved its 2019 growth forecast to 0.8% as the administration has been struggling to raise cash amid squeezed revenues. On July 20, Bolsonaro said that Brazil’s federal government will need to cut its budget by 2.5 billion reals ($661 million) as weak economic growth continues to squeeze revenue.

As recently reported by Cointelegraph, Brazil’s unemployment rate is around 12.5%, with more than 13 million Brazilians currently out of work. In such an environment, cryptocurrency’s low barrier to entry and purported possibility of large returns has proved an appealing draw for many investors in the country. 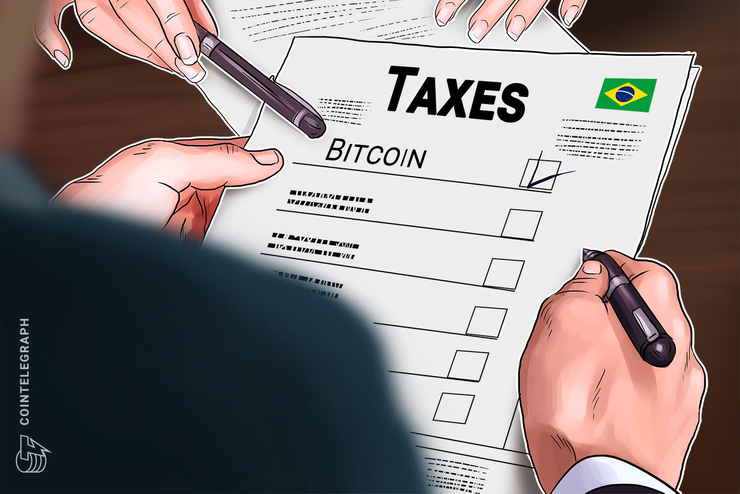