Blockchain technology will be used to its track products along the supply chain, Swiss-headquartered food retail giant Nestlé announced

Swiss-headquartered food retail giant Nestlé announced its intention to track its products along the supply chain with blockchain technology in a press release published on July 2.

The project is jointly pursued with OpenSC. As Cointelegraph reported at the time, OpenSC is a blockchain platform launched through a partnership between WWF-Australia and global corporate venture BCG Digital Ventures in January.

Nestlé claims that — thanks to this project — it becomes the first “major food and beverage company to announce that it will pilot open blockchain technology in this way.” With the OpenSC platform, consumers will reportedly have access to independently verifiable sustainability and supply chain data.

The initial pilot program will trace milk from farms and producers in New Zealand to the firm’s factories and warehouses in the Middle East. Furthermore, the company claims to have intention will be tested using palm oil sourced in the American Continent. The aim of the pilot project is to find out whether the system is scalable. Global Head of Responsible Sourcing at Nestlé Benjamin Ware claims:

“This open blockchain technology will allow anyone, anywhere in the world to assess our responsible sourcing facts and figures.”

As Cointelegraph reported in January, said at the time that the blockchain-based IBM Food Trust initiative — which counts major global retailers such as Walmart and Unilever as members— is gearing up to onboard new suppliers and retailers this year. 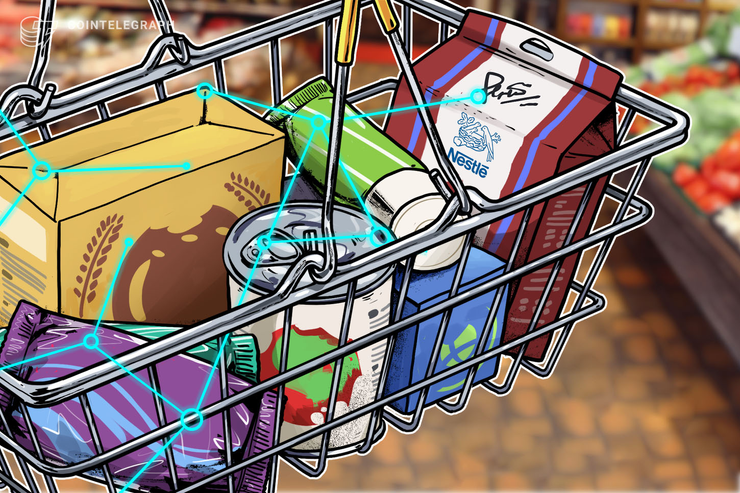 Blockchain technology will be used to its track products along the supply chain, Swiss-headquartered food retail giant Nestlé announced