Congresswoman AOC pressed Facebook’s David Marcus on his views about currency as a public good, and criticized corporate-backed currency

As per a recording of the event, provided by C-Span on July 17, Ocasio-Cortez addressed Calibra wallet CEO David Marcus, asking, “[Facebook] wants to establish a currency and act through its wallet as — at minimum — a payment processor. Why should these activities be consolidated under one corporation?”

From the issue of corporate control, the representative pivoted to an issue of monetary policy saying:

“You stated yesterday in front of the Senate Committee that you would be open to accepting 100% of your pay in Libra. In the history of this country, there is a term for being paid in a corporate-controlled currency … It’s called ‘scrip.’ The idea that your pay could be controlled by a corporation instead of a sovereign government. Do you think that there is any risk here? We’ve seen from scrip, to the issues with how Facebook handled our elections, we’re seeing a destabilizing in our public goods.”

Company scrip has been illegal as a form of payment in the U.S. for almost a century, as they were discluded from counting as “proper mediums of payments” with the Fair Labor Standards Act of 1938.

As previously reported by Cointelegraph, JPMorgan Chase CEO Jamie Dimon claimed that Libra will not be a threat to the financial giant in the foreseeable future. 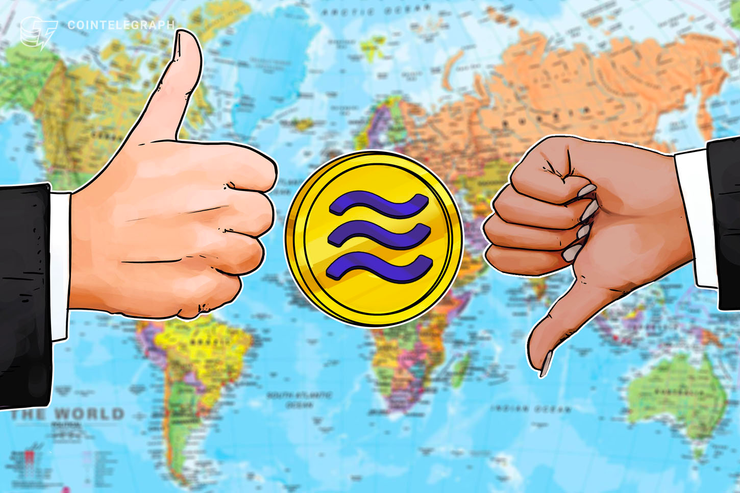 Congresswoman AOC pressed Facebook’s David Marcus on his views about currency as a public good, and criticized corporate-backed currency