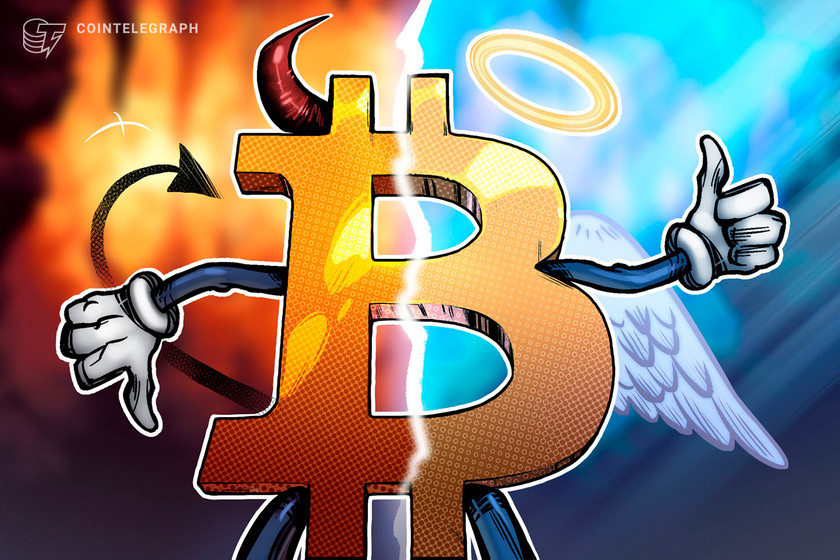 „It’s going to be a dollar economy as far as the eye can see,“ said James Bullard.

James Bullard, president of the Federal Reserve Bank of St. Louis, seemingly doesn’t understand why many are looking to cryptocurrency as a medium of exchange instead of a uniform currency like the U.S. dollar.

In an interview with CNBC’s Squawk Box today, Bullard said the issue for making payments isn’t currencies that can be traded electronically, but rather privately-issued ones, as is the case for many cryptocurrencies. He referenced a time in the United States before the Civil War when there was confusion and a dislike for trading the “equivalent of Bank of America dollars and JPMorgan dollars and Wells Fargo dollars.”

„You don’t want to go to a non-uniform with currency,“ says the Fed’s Bullard on $BTC: pic.twitter.com/QfLgP64ST9

The Fed president referenced other privately-issued currencies globally which are required to abide by the same restrictions as any currency issued by a central authority. He said private currencies aren’t able to maintain a stable value against goods and other currencies, nor is their future supply „at all clear.“

Bullard’s comments came as Bitcoin (BTC) hit a new all-time high price of more than $50,000 this morning. Though the Fed president said characterizing the crypto asset as a rival to gold “might be a good way to think about” Bitcoin, he largely reserved his bullish remarks for the U.S. dollar. 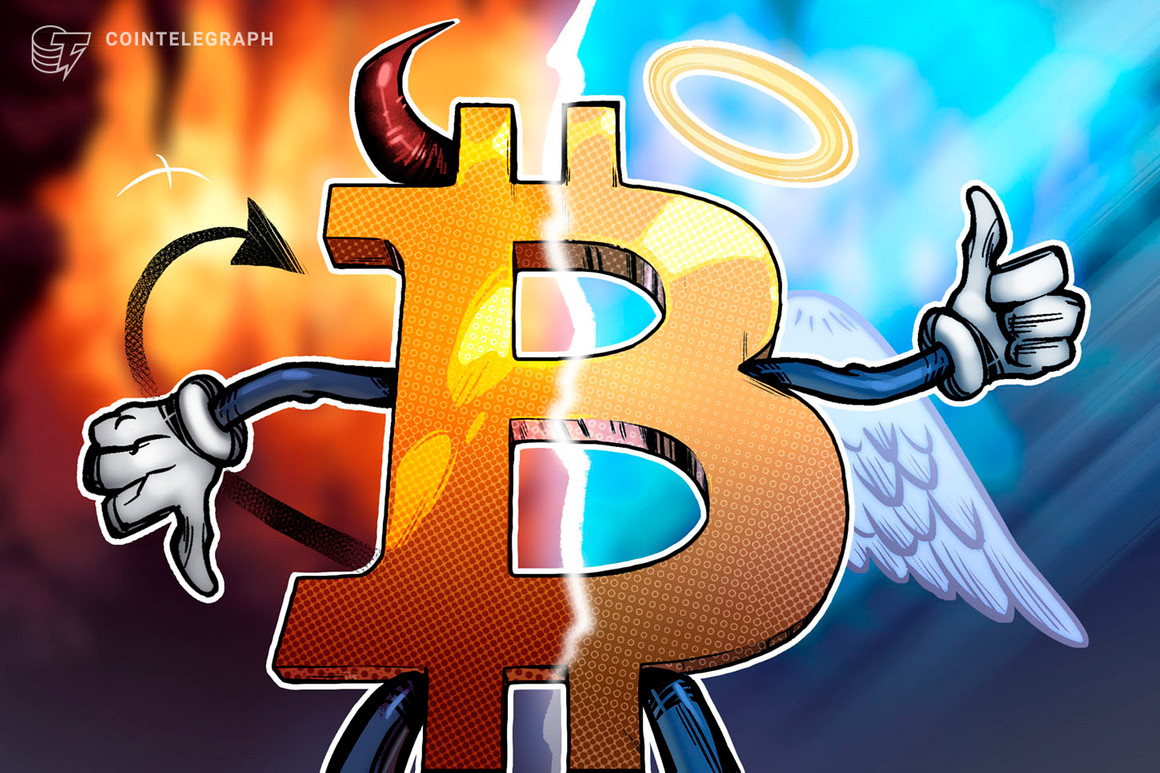 „It’s going to be a dollar economy as far as the eye can see,“ said James Bullard. Presentation slides have subsequently appeared on the official Twitter account for The St. Louis Fed on July 19.

In Bullard’s slides, he noted that there is historical precedent for certain key features of cryptocurrency. One of his bullet points reads: “Global currency competition is nothing new, nor is electronic delivery of value.”

He also presented that “public and private currencies can compete and coexist as part of an equilibrium.” However, what Bullard appears to be concerned about is the apparent, current trajectory toward localized non-uniformity. He notes that there is some evidence to suggest that this is unfavorable, citing data on global volatility in exchange rates. 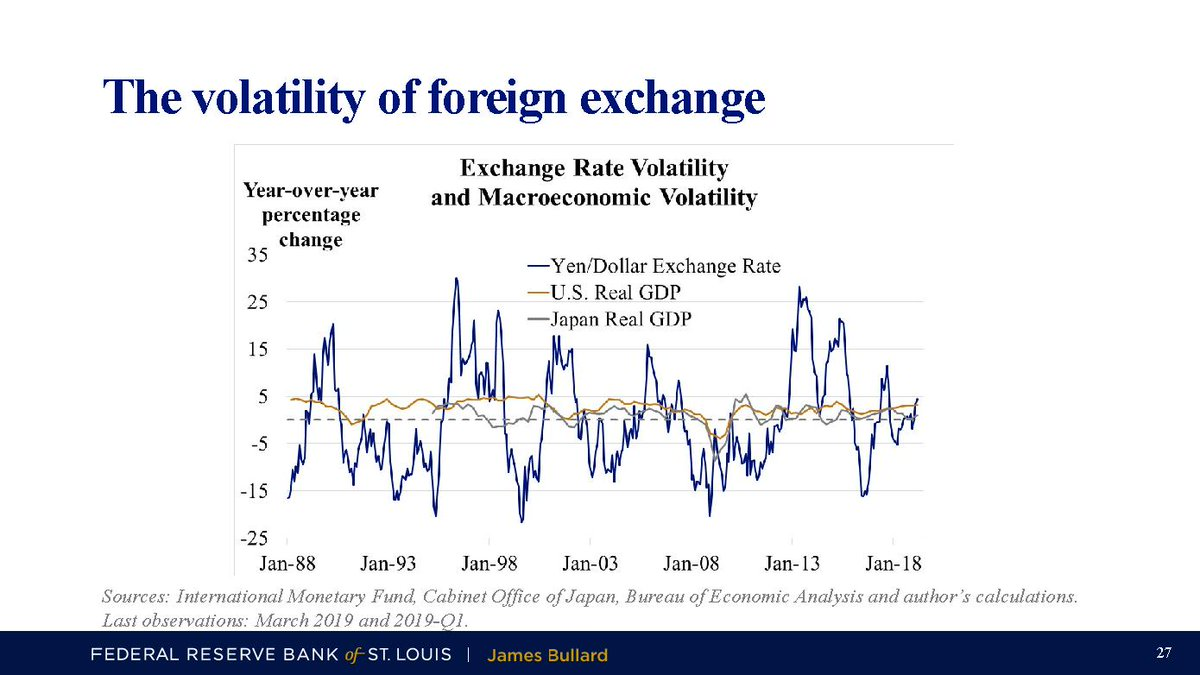 Bullard also noted that there is historical precedent within the U.S. indicating that localized non-uniform currency will not fly. Bullard wrote:

“Cryptocurrencies are creating drift toward a non-uniform currency in the U.S., a state of affairs that has existed historically but was disliked and eventually replaced.”

Bullard cited the book “The Jacksonian Economy” by Peter Temin to say that 90% of American money in the 1830s was issued via private banknotes.

According to Bullard, contemporaries received this system unfavorably. A lack of uniformity reportedly entailed varying pay rates and town-specific discount books. Due to its unpopularity, uniform pay rates will reportedly implemented during the Civil War.

As previously reported by Cointelegraph, Congresswoman Alexandria Ocasio-Cortez (AOC) pressed Calibra wallet CEO David Marcus on whether currencies ought to be sovereign, corporations governing Libra, and Marcus’ comment on potentially taking his paycheck fully in Libra.

Although AOC ran out of time before finishing her line of questioning, she asked Marcus:

“In the history of this country, there is a term for being paid in a corporate-controlled currency … It’s called ‘scrip.’ The idea that your pay could be controlled by a corporation instead of a sovereign government. Do you think that there is any risk here?”

She also made a remark on scrip destabilizing in the U.S. in the past. Company scrip has been illegalized as a payment method under the Fair Labor Standards Act of 1938.