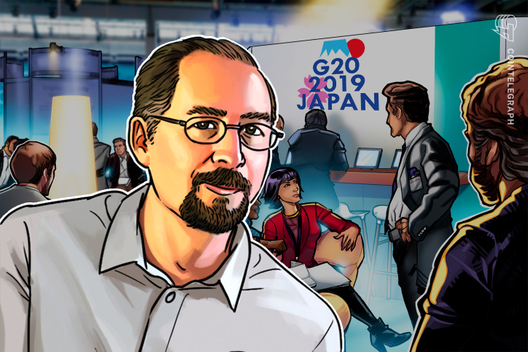 Cypherpunk Adam Back, often regarded as the father of virtual currencies, took part in an event at the G20 meeting of finance ministers

Adam Back, who invented the hashcash proof-of-work system and was one of the first people to work on bitcoin (BTC), spoke about the positive uses of blockchain at G20. Cointelegraph Japan reported on Back’s comments at a meeting of finance ministers and central bank governors in Japan on June 8.

Sitting next to the governor of the Dutch central bank, Back said he believed blockchain was another move to open networking — and said financial institutions stand to benefit from the technology because it would mean international transfers no longer need to go through intermediary banks with questionable creditworthiness.

When speaking in Fukuoka City at the seminar entitled ‘Multi-Stakeholder Governance for a Distributed Financial System,’ Back said BTC and other crypto assets “are the electronic cash for the global internet world.” He added:

“I don’t see it as large enough to affect monetary policies for major currencies like the euro and Japanese yen.”

Back’s attendance was defended by Junei Murai, a University of Tokyo professor who moderated the discussion. He said:

“It was meaningful to show a place where various stakeholders gather to build a decentralized financial system.”

Japan’s Financial Services Agency has described Back as a legendary cypherpunk who was able to facilitate useful discussions about the role that crypto and blockchain can play in the future. Back is also the founder and CEO of Blockstream, a blockchain development company.

After the G20 meeting, a joint communiqué co-signed by leaders urged the Financial Stability Board and global standard-setting bodies to monitor the risks surrounding crypto assets — warning that while they could pose benefits to the economy, money laundering and terrorism financing are potential byproducts.

In the run-up to the meeting, crypto advocates had warned that a “balance should be found between privacy and compliance” in any strategy pursued by the G20. 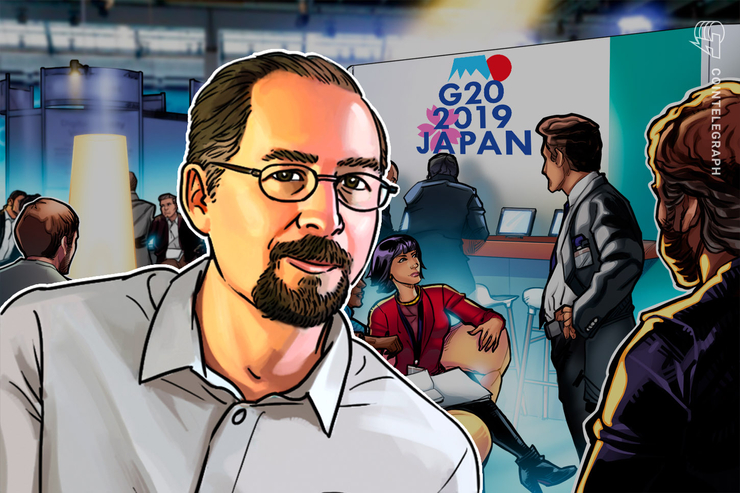 Cypherpunk Adam Back, often regarded as the father of virtual currencies, took part in an event at the G20 meeting of finance ministers