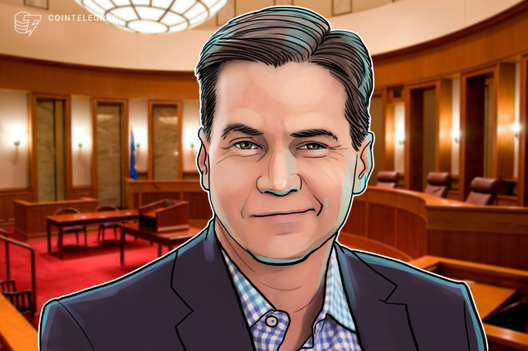 Craig Wright has been ordered to appear personally at mediation to address allegations that he stole 1.1 million bitcoin

Craig Wright has been ordered to appear personally at mediation to address allegations that he stole 1.1 million bitcoin (BTC) from Dave Kleiman, court documents filed on June 10 show.

The Australian entrepreneur had requested permission to appear by videoconference, arguing that physically attending the courtroom would have caused him “unjustifiable hardship.”

However, his motion was opposed by the plaintiffs, who argued that the discovery already performed so far in the case delivered “sufficient information to fairly evaluate the claims at issue.” The court sided with the plaintiffs, with Judge Beth Bloom ruling:

“Personal appearance by the parties will promote meaningful participation at mediation.”

As a result, Wright has now been ordered to attend the next mediation session on June 18.

He is accused of stealing bitcoin from the estate of Kleiman, a crypto developer who passed away in 2013. Kleiman’s family allege that up to 1.1 million BTC was taken, which would be worth just shy of $9 billion at press time.

Wright has made repeated requests to have the lawsuit dismissed, but back in December, Judge Bloom ordered that the case should proceed.

Although the computer scientist has long claimed to be Nakamoto, a subsequent report by the Financial Times suggested that Wright’s registrations do not mean his claims are recognized by the U.S. government. Craig Wright has been ordered to appear personally at mediation to address allegations that he stole 1.1 million bitcoin