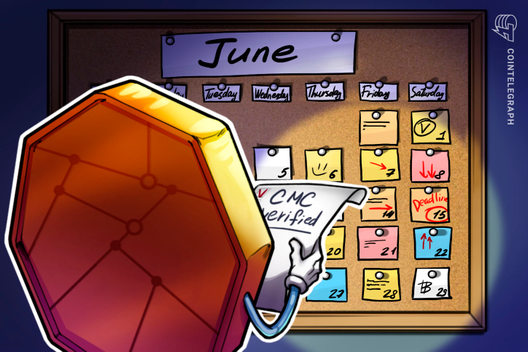 Major crypto exchanges and data market providers are pushing to improve liquidity, strengthening the long-term growth trend of the sector. Is this a sign of maturity?

In May, crypto market data provider CoinMarketCap requested all exchanges in the global exchange market disclose accurate data in a move to improve transparency of the information displayed on the platform. CoinMarketCap declared an ultimatum to all exchanges listed, clarifying that they would be delisted from the platform if they fail to provide accurate trading data, volume and other relevant information.

In an initiative called Data Accountability and Transparency Alliance (DATA), CoinMarketCap said that it will “review, align, and enhance reporting standards across the industry” with the objective of eliminating inflated volumes and inaccurate information from the market. The CoinMarketCap team said:

“Any exchange that does not provide this mandatory data to us via a new or updated summary endpoint will be excluded from all price and adjusted volume calculations on the site. There is a 45-day grace period for all exchanges to send this new endpoint to us, and changes will go into effect on June 14, 2019.”

The 45-day grace period has now well passed, with 70% of crypto exchanges reported to have provided CoinMarketCap with information required to comply with the DATA initiative.

Is the crypto industry on the right track?

In March, Bitwise Asset Management, a San Francisco-based investment firm founded by former executives at Facebook, BlackRock and Goldman Sachs, reported in a presentation to the United States Securities and Exchange Commission (SEC) that 95% of the reported volume in the crypto exchange market was fake.

Related: Bitwise Calls Out to SEC: 95% of Bitcoin Trade Volume Is Fake, Real Market Is Organized

The Bitwise team disclosed that only 10 exchanges, with the exception of BitMEX, have a real daily bitcoin (BTC) trade volume above $1 million, which included Binance, Bitfinex, Kraken, Bitstamp, Coinbase, bitFlyer, Gemini, itBit, Bittrex and Poloniex.

At the time, the Bitwise team explained that, when inflated volumes were removed from the bitcoin market, the volume of the dominant cryptocurrency relative to its market cap was healthy. The firm also stated that arbitrage between the 10 exchanges had improved, indicating the formation of a healthier market structure. The report read:

“When you remove fake volume, the real bitcoin volume is quite healthy given its market cap. Gold’s market cap is ~$7 trillion with a spot volume of ~$37 billion implying a 0.53% daily turnover. Bitcoin’s $70 billion market cap would imply a 0.39% daily turnover, very much in-line with that of gold.

“Arbitrage between the 10 real exchanges has improved significantly. The average price deviation of any one exchange from the aggregate price is now less than 0.10%! Well below the arbitrage band considering exchange-level fees (0.10-0.30%) & hedging costs.”

Over the past several months, the top exchange rankings by trade volume, following the implementation of the DATA initiative on CoinMarketCap, have started to reflect legitimate volumes coming from reputable exchanges.

For many months, the exchange Coinbene had ranked as the top exchange on CoinMarketCap, an exchange Bitwise explicitly suspected of having artificial trade volume. In an official statement, Carylyne Chan, the global head of marketing at CoinMarketCap, said:

“We are highly encouraged after seeing strong support for our DATA initiative so far. With these submitted data points, we aim to provide more meaningful analyses and metrics for our users, and empower them with information to do their own research even more effectively.”

Over time, the crypto market will begin to reflect real volume

Currently, CoinMarketCap estimates the global crypto exchange volume to be over $100 billion, a figure that is still estimated to be substantially higher than verifiable volume in the market.

Bitwise created a methodology called the “Real 10” volume of bitcoin, with data from the 10 exchanges it identified as having verifiable volume. The Real 10 volume of bitcoin is hovering at around $3.1 billion as of June 26, according to Messari. The Real 10 volume, put together with the CME bitcoin futures market volume and BitMEX, likely surpasses $14 billion, since CME has registered over a billion dollars in daily volume at its peak in May and BitMEX has been recording over $10 billion in daily trading volume in the past month.

Even with the removal of 30% of the exchanges that failed to comply with CoinMarketCap — which the firm has not disclosed yet — it is entirely possible that exclusion of alternative cryptocurrency volume would result in the verifiable daily volume of the crypto market being less than $30 billion.

As CoinMarketCap continues to delist exchanges that failed to comply with the DATA initiative from the platform, the daily volume of the market on CoinMarketCap is expected to decline. Still, a large discrepancy between real volume and reported volume exists.

Over time, with the launch of strictly regulated platforms in key countries like the U.S., the reported volume of the crypto exchange market will likely see less inflation, and portray real demand and interest from both retail and institutional investors.

The Commodities and Futures Exchange Commission (CFTC) approved the application of LedgerX on June 25 to operate in the U.S. market as a crypto derivatives and clearing platform. LedgerX co-founder Juthica Chou said:

„We’ve long had the goal to expand the range of customers we can serve beyond our institutional base — it’s the natural next step for us. Omni, by interfacing with our existing institutional liquidity pool, will offer retail customers a top tier experience from day one.”

Bakkt, the highly anticipated bitcoin futures market operated by Intercontinental Exchange (ICE) — the parent company of the New York Stock Exchange (NYSE) — is expected to launch in July. Adam White, the chief operating officer of Bakkt, said on June 13 that the Bakkt bitcoin futures platform will launch on July 22 and that its launch will establish a new standard for accessing crypto markets, while also raising liquidity in the market. White said at the time:

“This launch will usher in a new standard for accessing crypto markets. Compared to other markets, institutional participation in crypto remains constrained due to limitations like market infrastructure and regulatory certainty. This results in lower trading volumes, liquidity, and price transparency than more established markets like ICE’s Brent Crude futures contract, which has earned global trust in setting the world’s price of crude oil.”

Minor exchanges will likely not survive, increasing transparency in the market

At the start of 2019, the Financial Action Task Force (FATF), an intergovernmental organization founded as a part of the G-7, released a guideline to request crypto exchanges to revamp their internal management systems and Know Your Customer (KYC) policies to crack down on money laundering.

Already, key countries participating in the G-20 summit, including South Korea, have started the process of preparing a new bill to reflect the recommendations of the FATF.

All of the requests released by the FATF, such as asking crypto exchanges to record all transactions above $1,000, will likely not be accepted by most member countries. But, they are likely to follow the vision laid out by the FATF to strengthen Anti-Money Laundering (AML) policies.

Related: What Crypto Exchanges Do to Comply With KYC, AML and CFT Regulations

To comply with such policies, exchanges will need to appoint in-house security experts, establish better internal management systems and cover legal costs, which would generally create an impractical environment for small exchanges with small profit margins to operate in. The communique released by Japan’s Ministry of Finance read:

“Technological innovations, including those underlying crypto-assets, can deliver significant benefits to the financial system and the broader economy. While crypto-assets do not pose a threat to global financial stability at this point, we remain vigilant to risks, including those related to consumer and investor protection, anti-money laundering (AML) and countering the financing of terrorism (CFT). “

The G-20 explicitly said that it “looks forward” to adopting the guideline released by the FATF by the end of June, which indicates that member countries would try to follow the FATF’s guideline at maximum capacity, adding that:

“We welcome IOSCO’s work on crypto-asset trading platforms related to consumer and investor protection and market integrity. We welcome the FSB’s directory of crypto-asset regulators, and its report on work underway, regulatory approaches and potential gaps relating to crypto-assets.” 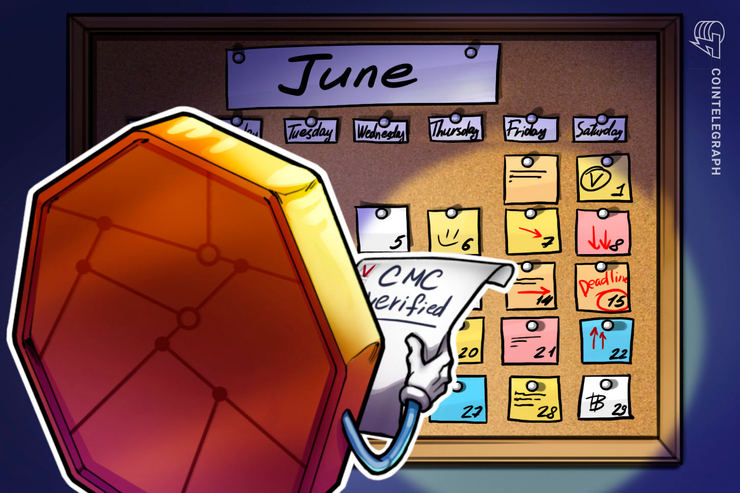 Major crypto exchanges and data market providers are pushing to improve liquidity, strengthening the long-term growth trend of the sector. Is this a sign of maturity?