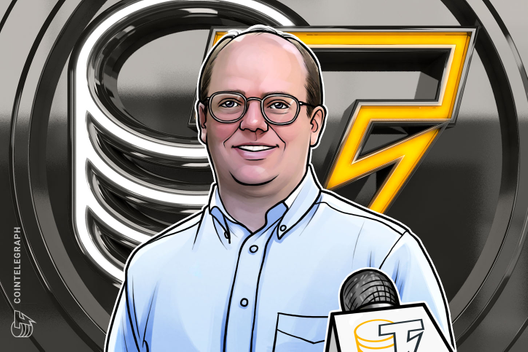 Information, independency and why blockchain technology is not the only way to decentralize online activity — interview with Wikipedia’s co-founder Larry Sanger

Intellectual of the innovative industry, innovator of the concept of intellectuality, experimentator with technologies and educator by dedication, before co-founding Wikipedia in 2001, Larry Sanger studied and taught philosophy, being interested especially in epistemology — i.e., the science of knowledge.

It was in college that he started thinking of the internet as a potential way of decentralizing knowledge. His early project in this regard was a web forum for discussions between tutors and students, who could thus communicate outside the usual academic environment. Sanger explained:

“The thing that drives me forward is all of the possibilities that the internet makes possible for organizing people to create a new knowledge resources. Just think of how the Oxford English Dictionary was createdL When I read “The Professor and the Mad Man,” I was surprised at how similar it seemed to be to the early years of Wikipedia, and that vision of organizing people from all around the world to create shared knowledge resources is really what drives me forward. That’s the vision that inspires me. It has nothing to do with making money. There’s much more important things at stake here.”

Sanger conducted his first “fork” in 2006 when he launched an alternative to Wikipedia, Citizendium, which rejected anonymous editing and introduced an expert review process. The project was ultimately unsuccessful, but Sanger kept developing educational projects as well as a crowd-sourced news portal before becoming the chief information officer of Everipedia in 2017 — an encyclopedia of unrestricted topics, based on blockchain technology.

As of 2019, the project has almost completed phase one of its move to the blockchain.

A year ago, the iOS mainnet was launched, an airdrop was conducted and now the project is ready to launch. Sanger spoke about Everipedia, saying:

“I think it’s going to take several years before there are mature decentralized apps that a lot of people are able to use. We’re still figuring out a lot about blockchain. Yes, there are DApps that will work pretty well, but I I think, ultimately, the mature blockchain technology of the future is still quite a ways off.”

The idea of decentralized information is evident throughout all his projects. Thus, on the eve of the Fourth of July — the United States’ Independence Day — Sanger wrote the “Declaration of Digital Independence,” calling for a social media strike via Twitter aimed at decentralizing social media platforms.

Complementing the internet with blockchain

According to Sanger, the internet of today could not have been created by any modern executive in Silicon Valley — and no, Mark Zuckerberg is not an exception. Sanger went on, saying: “They wouldn’t be capable, they don’t have the temperament. They’re too controlling. They don’t understand the whole idea of bottom-up.”

And the power of the internet is enormous. As Sanger said, Blockchain technology is adding “transparency, accountability and, of course, the incentives that are provided by tokenization,” but “there is nothing magical about a blockchain technology that makes it the only way to decentralize online activity.”

However, the qualities of blockchain consist for Sanger of “being a way of giving financial incentives to open-source developers.” These concepts have not really gone mainstream “because most of the work done on open-source software is done by volunteers. There isn’t a lot of money involved. Blockchain makes it possible for us to have the same sort of decentralized development and participation that open-source software allows, but it adds onto that financial incentives for users — and that’s pretty exciting.”

To Sanger, the blockchain industry needs to pay a lot more attention to user experience. He said, “It has to be made just as simple as any ordinary app or website.” And it is when out-competing traditional apps on their own terms that people can start caring about the fact that these apps are built on a blockchain. Sanger explained:

“Most people just don’t care about blockchain at this point. Maybe they should, but they don’t. And that’s just a fact that we have to deal with.”

“We haven’t figured out what the best ways of using the technology are. We haven’t established systematic programming languages. We don’t know what the biggest companies are going to be. There is so much that’s up in the air at this point. I think the world of blockchain is going to look very different in 10 years and we have no idea what that could be like.”

Where there is blockchain, there is crypto. Thus, commenting on Donald Trump’s recent tweets about crypto, Sanger left a meaningful “booooo.”

“I’m not a crypto investor, really. I’ve done a little bit of that just in order to understand what it’s all about. I believe in them. I really do want the monetary system — or rather the monetary systems — of the world to be decentralized and taken out of the hands of government. I think that would be fantastic.”

Information, independency and why blockchain technology is not the only way to decentralize online activity — interview with Wikipedia’s co-founder Larry Sanger