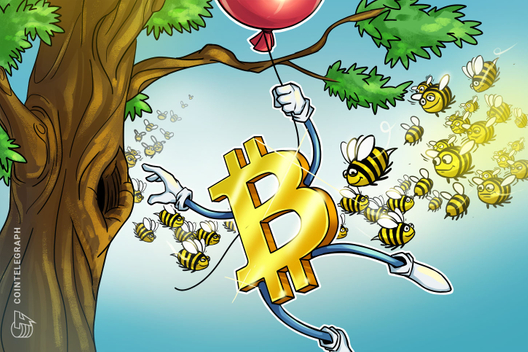 Friday saw bitcoin outperform the majority of major altcoins to home in on $10,000

Data from Coin360 put BTC/USD trading at around $9,675 at press time Friday after a minor correction from earlier highs.

The performance further cements bitcoin’s bullish progress over the past three months, surprising investors once more after retaking the $9,000 mark this week.

Previously, commentators had begun forecasting a break to $10,000 would spark considerable demand among prospective buyers, who would then push the bitcoin price higher. They included serial bitcoin bull Tom Lee, who in a note to clients of his Fundstrat Global Advisors said 2019 could see BTC/USD reach as high as $40,000.

“In most markets, a ‘new high’ is needed to confirm a breakout[.] But with (bitcoin), when it trades at a price seen only 3% of its history, this has confirmed a new high imminent. This makes crypto different,” he tweeted Thursday as bitcoin passed $9,750.

The last time ETH/USD traded at that level was in September 2018, the pair coming full circle in around nine months in a pattern, which closely tracks bitcoin.

Other altcoins in the top twenty by market cap fared less impressively. The exceptions were monero (XMR), which put in daily gains of 8% to reach $109, and binance coin (BNB), which rose 7.2% to achieve a new all-time high of $37.18.

The total cryptocurrency market cap now stands at just under $300 billion, its highest since July last year. Of that, bitcoin holds 57.7% market dominance – a new peak since December 2017, which BTC/USD set its historic high around $20,000.

Friday saw bitcoin outperform the majority of major altcoins to home in on $10,000