John McAfee Back in Jail Hours After Release in Dominican Republic 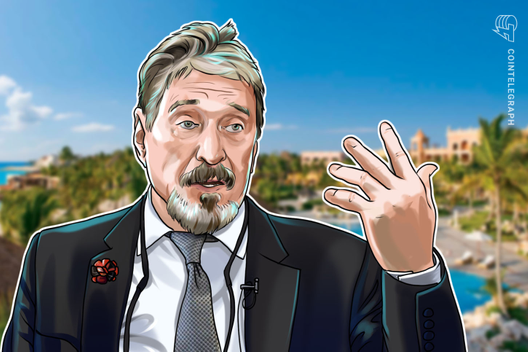 ‘A record I think’

Tweeting photographs of his confinement July 26, McAfee said he had been arrested a second time, but did not give details about the exact circumstances.

The entrepreneur, his wife and entourage fell victim to law enforcement when their boat docked in the Dominican Republic earlier this week. McAfee then spent four days behind bars before walking free.

On Twitter, he had promised followers an update on his location and future plans, something which did not materialize.

“My second arrest in one week — a record I think,” he subsequently wrote on his return to custody.

The photographs, he claimed, were made possible because the group had smuggled their mobile telephones into the holding facility.

Despite being wanted by the U.S., McAfee plans to run for president on a broadly anti-establishment platform and is accepting Bitcoin donations for the campaign, which he runs from the boat on which he arrived in the Domican Republic. 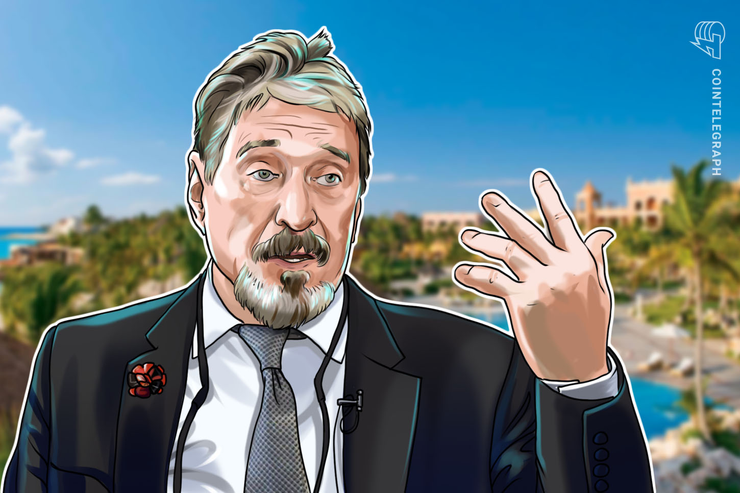 Cryptocurrency enthusiast and antivirus software namesake John McAfee appears to have been released by authorities in the Dominican Republic today. McAfee posted a picture on his official Twitter account with the caption:

“Leaving detention (don’t judge my looks – four days of confinement). I was well treated. My superiors were friendly and helpful. In spite of the helpful circumstances, we’ve decided to move on. More later.”

A report by the Associated Press appears to have confirmed Loggia-Ramirez’s suspicion. According to the report, McAfee was arrested on the north coast of the Dominican Republic, while docking his yacht in Puerto Plata, after which authorities seized high-calibre weapons and other military props from his vessel.

McAfee has been running a campaign for President of the United States from self-imposed exile. He is purportedly conducting the campaign from abroad due to an alleged indictment by the U.S. Internal Revenue Service (IRS). McAfee said:

“The IRS has convened a grand jury in the state of Tennessee to charge myself, my wife […] and four of my campaign workers with unspecified IRS crimes of a felonious nature.”

McAfee has also said that his campaign is not a serious bid for office, but rather a means to promote cryptocurrency.

In a recent interview with Cointelegraph, McAfee said that he believes fiat money will be dead within 10 years, saying “I think in 10 years there’ll be no fiat anywhere in the world. Everything will be electronic, everything will be cryptocurrency.” In stark contrast, U.S. Treasury Secretary Mnuchin recently said that he will not even be talking about Bitcoin in 10 years. 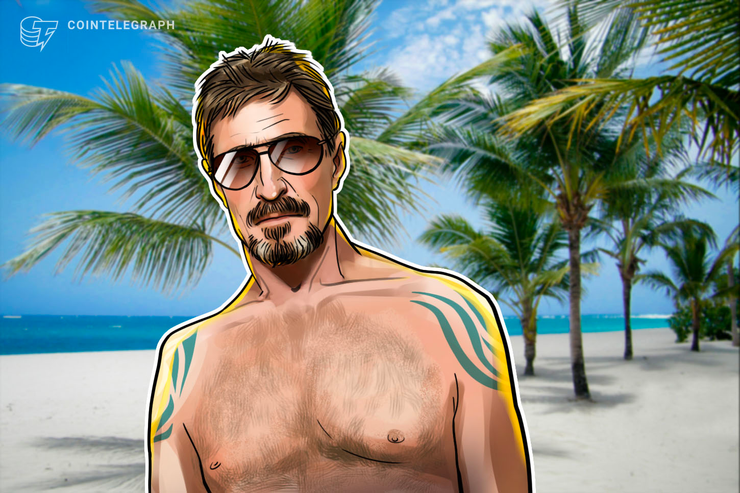