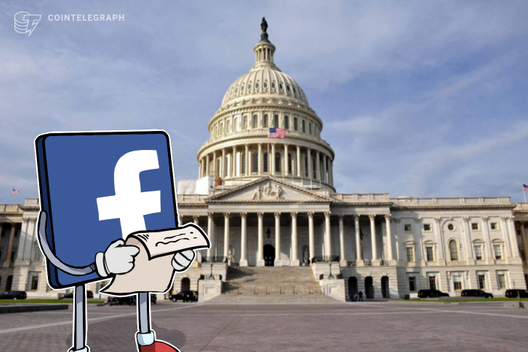 David Marcus, the head of Calibra at Facebook, has written a letter to Chairwoman Maxine Waters and members of the House Financial Services Committee in preparation for the upcoming Libra hearings, according to a report by The Hill on July 9.

According to the report, Marcus wrote, „I want to give you my personal assurance that we are committed to taking the time to do this right.”

In addition to being the head of the Calibra wallet, LinkedIn lists David Marcus as the co-creator of Libra.

Marcus’ letter is only the latest in a lengthy rally between Congress and Facebook since the latter published the white paper for its upcoming Libra currency. This back-and-forth began in the middle of June, when Waters wrote a statement expressing her concerns and desire for Facebook to cease work on Libra, saying:

“Given the company’s troubled past, I am requesting that Facebook agree to a moratorium on any movement forward on developing a cryptocurrency until Congress and regulators have the opportunity to examine these issues and take action.”

Waters and the House of Representatives Committee on Financial Services also requested that Facebook and its partners impose an official moratorium on Libra development.

On July 2, a collection of advocacy groups submitted a letter with their own questions, as well as a request for a moratorium on development of Libra.

Marcus posted on Facebook on July 3 to address these concerns and to stress that Facebook would have a limited role in governing the stablecoin-like cryptocurrency Libra among the anticipated hundred-plus members of the planned Libra Association.

As previously reported by Cointelegraph, the House Financial Services Committee will hear Facebook’s testimony regarding Libra on July 17. David Marcus is rumored to testify at this hearing, as well as at the Senate Banking Committee hearing on July 16.