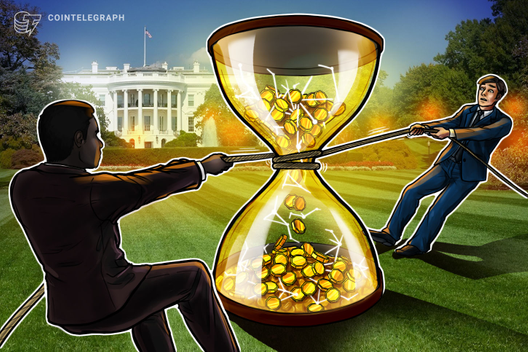 Cointelegraph has tuned in live to the United States Senate Banking Committee hearing on a regulatory framework for digital currencies and blockchain.

During today’s United State Senate Banking Committee hearing on the regulatory framework for cryptocurrencies and blockchain, Cointelegraph will be updating live with the most important developments.

Circle CEO Jeremy Allaire will be a witness today in front of the Senate Committee on Banking, House, and Urban Affairs on behalf of The Blockchain Association, along with Rebecca M. Nelson, a specialist in international trade and finance, and Mehrsa Baradaran, a professor of law at University of California, Irvine School of Law.

For more detailed information on the witnesses, Cointelegraph has a dedicated analysis here.

Professor Mehrst Baradaran believes it’s natural that people have embraced Bitcoin in the aftermath of the 2008 financial crisis.

However, she adds that the current problems in our economy are issues of policy, not of technology, so blockchain is not necessarily the answer. According to Baradaran, we already have a public ledger, it’s called the Federal Reserve.

Dr. Rebecca M. Nelson thinks Facebook could be a game changer for cryptocurrencies, but it has raised both regulatory and systemic concerns before it can be implemented.

Allaire thinks that current restrictive atmosphere has led companies to domicile overseas, rather than in the U.S, and that Congress should define digital assets as a new asset class.

Allaire: “We are in the process of moving our international facing services and products out of the United States.”

Jeremey Allaire speaks about his views on the troubles of our current financial system, including cybercriminals, hostile nations, and a lack of equal access.

Allaire: “There absolutely can be a better future ahead, one built on digital assets and blockchains.”

Senator Michael Crapo of Idaho: These technologies are inevitable, they could be beneficial, and the United States should lead in this sector.

Senator Sherrod Brown of Ohio: “Facebook has proved over and over […] that they can not be trusted. But they don’t care. They move fast, they break things. Minor things, like our political discourse and journalisms and relationships and privacy. Now they want to break our currency and payment systems, hiding behind the phrase ‘innovation.”’ Cointelegraph has tuned in live to the United States Senate Banking Committee hearing on a regulatory framework for digital currencies and blockchain.