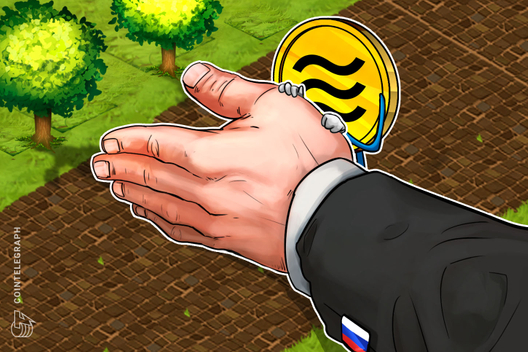 Chairman of the Russian State Duma Committee on Financial Market Anatoly Aksakov has said that Facebook’s forthcoming cryptocurrency Libra will not be legalized in Russia, local news outlet TASS reported on June 18.

Aksakov stated that Russia will not legalize the use of Facebook’s Libra cryptocurrency which the company intends to roll out in 2020, because it may pose a threat to the financial system of the country. Aksakov also stressed that Russia has no plans to adopt legislation “which provides space for the active use of crypto tools created in the framework of open platforms, blockchains.”

Aksakov’s statements would seem contradictory to those of Deputy Finance Minister Alexei Moiseev, who said that the country’s major cryptocurrency bill “On Digital Financial Assets” could be adopted in the next two weeks.

According to Aksakov, people will be able to purchase Libra on foreign financial platforms, while the creation of similar mechanisms in Russia will be strictly limited:

„In theory, we should talk about the possibility of organizing all kinds of exchanges, trading platforms and sales of such currencies. We, I believe, will limit or prohibit the creation of such sites. Those who want to acquire these tools using foreign legislation can do it at their own risk.”

Regulators in other countries are also concerned about the issuance of Facebook’s native digital currency. Rep. Maxine Waters, chairwoman of the United States House of Representatives’ Financial Services Committee requested that Facebook halt development on its crypto.

“Given the company’s troubled past, I am requesting that Facebook agree to a moratorium on any movement forward on developing a cryptocurrency until Congress and regulators have the opportunity to examine these issues and take action,” Waters said.

The French Minister of the Economy and Finance Bruno Le Maire said that he intends to “ask for guarantees” from Facebook in regard to Libra. Le Maire stated that Libra is an “attribute of the sovereignty of the States” and should “remain in the hands of the States and not of the private companies which answer to private interests“.

Facebook released the white paper for Libra, which states that the coin will operate on the native and scalable Libra blockchain, and be backed by a reserve of assets ostensibly “designed to give it intrinsic value” and mitigate volatility fluctuations.