The United States’ Internal Revenue Service (IRS) is allegedly considering requiring tech giants to report on crypto activity by users, according to a presentation reportedly from an IRS presentation and provided by a Twitter user on July 9.

According to the documents shared, the IRS hopes to use Grand Jury subpoenas on firms such as Apple, Google and Microsoft to check taxpayers’ download history for crypto-related applications.

Citing the document, Walter concluded that the tax authority is conducting exhaustive research into detection of criminal tax evasion cases involving crypto. As such, the IRS is considering carrying out interviews, open-source and social media searches, as well as electronic surveillance, the expert noted.

“Grand Jury Subpoena should be considered for Apple, Google, and Microsoft for the Subject’s complete application download history. Each application’s function should be explored to determine whether or not the application can transmit, or otherwise allow, transactions in bitcoin.”

As Walter emphasized, the presentation envisions that IRS agents ensure that taxpayers are not notified about the obtained information regarding their use of cryptocurrencies to prevent detrimental to the investigation.

Cointelegraph notes that the IRS has not confirmed the authenticity of the presentation’s origin.

According to the documents provided, the IRS is hoping to serve subpoenas to check data from accounts in banks and Paypal for connection with crypto transactions. Additionally, the tax authority is considering reviewing social media giants such as Facebook and Twitter to find and record publicly available cryptocurrency addresses.

“There is a ton of other information in there about crypto in general, tracing transactions via the blockchain, limitations of the blockchain, etc. but what you need to know is that the IRS is working HARD to identify criminal tax cases involving cryptocurrency.”

As previously reported, the IRS currently considers cryptocurrencies property. In late 2018, an advisory committee of the IRS expressed its intent to provide additional guidelines for the taxation of crypto transactions.

Recently, Cointelegraph reported on Singapore’s plan to exempt cryptocurrencies that are intended to function as a medium of exchange from Goods and Services Tax (GST). 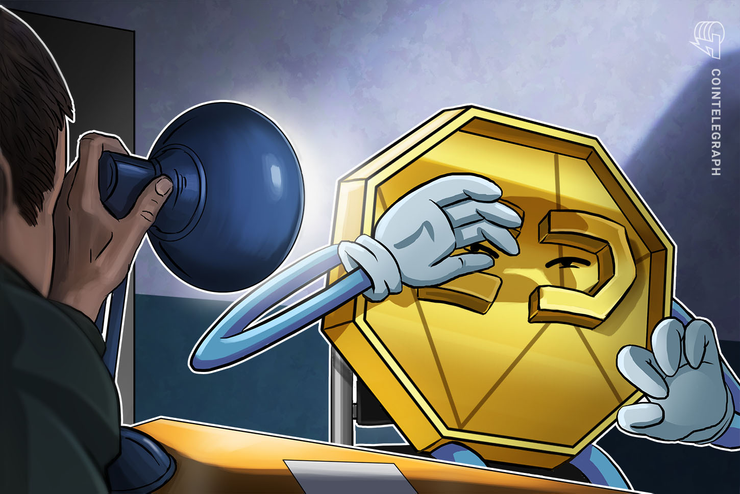