Guggenheim Partners’ Scott Minerd now expects Bitcoin to drop to $20,000 after predicting a $400,000 long-term price target a month ago.

A senior executive at financial services firm Guggenheim Partners — which is planning to seek investment exposure to Bitcoin (BTC) — has argued that BTC is poised to drop to $20,000.

Scott Minerd, Guggenheim’s chief investment officer, believes that Bitcoin will not hit another all-time high in 2021, according to a Jan. 21 episode of CNBC’s Closing Bell.

“I think for the time being, we probably put in the top for bitcoin for the next year or so. And we’re likely to see a full retracement back toward the 20,000 level.”

Despite Minerd’s bearish short-term Bitcoin prediction, the CIO apparently still maintains a stance that one bitcoin will be worth as much as $400,000 one day. In late 2020, when Bitcoin was on its way to cross its new ATHs, the CIO called for a $400,000 long-term price target for Bitcoin. He subsequently went bearish on BTC in the short term, claiming that „Bitcoin’s parabolic rise is unsustainable in the near term“ on Jan. 10.

Some in the crypto community have gotten mixed signals from Minerd’s varying predictions. One Twitter user juxtaposed two separate headlines with Minerd’s comments on the Bitcoin price:

The Guggenheim CIO Scott Minerd ladies and gentlemen. I will just leave this here, draw your own conclusions#Bitcoin pic.twitter.com/TSrtF759mM

Guggenheim Partners moved into the crypto industry in late 2020 after the company filed an application with the United States Securities and Exchange Commission to “seek investment exposure to Bitcoin through Grayscale’s Bitcoin Trust product.

Minerd’s bearish Bitcoin prediction comes amid another negative Bitcoin correction, with BTC dipping below $34,000 on Jan. 20. As Cointelegraph reported, the selling pressure on Bitcoin mostly came from Asia in the first two weeks of January, while the United States market also started to see weakness amid a correction on Jan. 19.

At publishing time, Bitcoin is trading at $32,997, down over 5% over the past seven days but still up about 45% over the past 30 days, according to Cointelegraph’s Bitcoin price index. 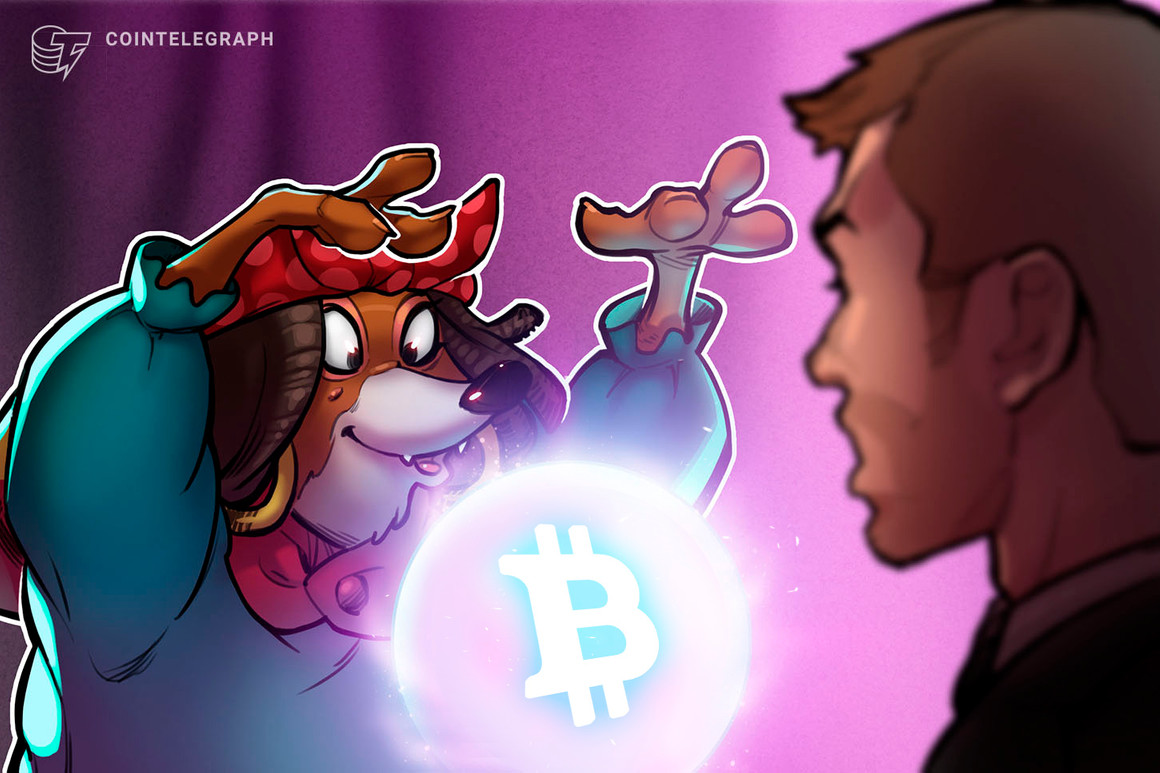 Guggenheim Partners’ Scott Minerd now expects Bitcoin to drop to $20,000 after predicting a $400,000 long-term price target a month ago.