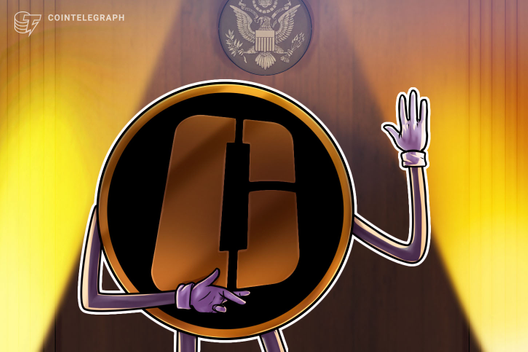 The New York Southern District Court granted a continuance in the lawsuit against David Pike over his alleged link to the OneCoin Ponzi scheme.

Finance news outlet FinanceFeeds reported on Dec. 21 that the continuation of the case was approved until Jan. 12, 2020 based on court documents filed on Dec. 20.

Assistant United States Attorney Nicholas Folly reportedly stated that the parties‘ counsels are discussing a potential pre-indictment disposition. The extension has been deemed as appropriate, given that those discussions are still taking place.

Pike was the chief operating officer of an alleged private equity fund known as the “Fenero Funds.” Those funds were reportedly employed to launder money from the OneCoin Ponzi scheme.

Pike is accused of having made materially false statements and representations in front of special agents from the FBI, the IRS Criminal Investigation Division and the United States Attorney’s Office for the Southern District of New York representatives.

The defendant is alleged to have falsely claimed he was not aware that roughly $400 million was transferred into the aforementioned fund belonged to OneCoin founder Ruja Ignatova or that the money came from the scheme.

As Cointelegraph reported earlier this month, the official website for OneCoin has finally shut down, months after United States authorities indicted one of its founders for running a $4 billion pyramid scheme.