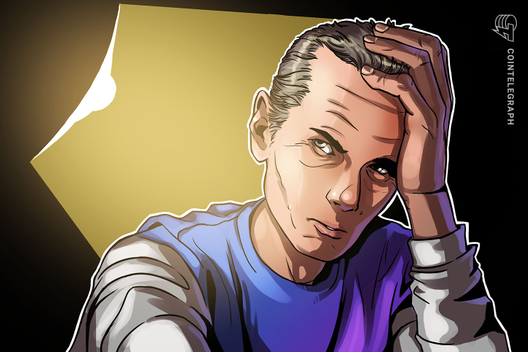 Alexander Vinnik, the alleged former operator of now-defunct crypto exchange BTC-e, will be extradited to France, according to a new decision from Greece.

Following years of disagreement on what jurisdiction should care about the alleged Bitcoin (BTC) laundering suspect, the Ministry of Justice, Transparency and Human Rights has reportedly decided to finally extradite the Russian citizen to France. The news was reported by the Russian Embassy in Greece on Twitter on Dec. 20.

Noting that the decision was delivered by the Minister for Justice Konstantinos Tsiaras, the Russian Embassy expressed their regret that the Greek government “ignored” Russia’s request to extradite Vinnik to the country of his citizenship.

Russia has taken multiple steps to bring Vinnik to its homeland since the alleged Bitcoin criminal was first arrested in Greece in July 2017. Alongside filing a number of requests with Greek judicial authorities, Russia also sought help from the United Nations High Commissioner for Human Rights to bring the alleged criminal under its jurisdiction.

Alleged mastermind behind a $4 billion laundering scheme, Vinnik wanted to be extradited to Russia

However, Russia wasn’t the sole country who has been fighting for Vinnik as the United States have been seeking his extradition as well. Colloquially known as “Mr. Bitcoin,” 39-year old Vinnik is allegedly the mastermind behind an international money-laundering scheme that had processed over $4 billion worth of capital flows.

Back in 2017, Vinnik publicly declared his innocence and even offered to help Russian President Vladimir Putin as a digital technology specialist. In March 2019, Vinnik appealed with a Greek court for his release or extradition to Russia.

While Vinnik’s extradition question has been circulating in media since 2017, some new accusations have recently emerged. In July 2019, U.S. prosecutors filed a complaint against Vinnik, arguing that BTC-e and Vinnik did not attempt to register with the Financial Crimes Enforcement Network, anti-money laundering practices, or report suspicious activity generally.