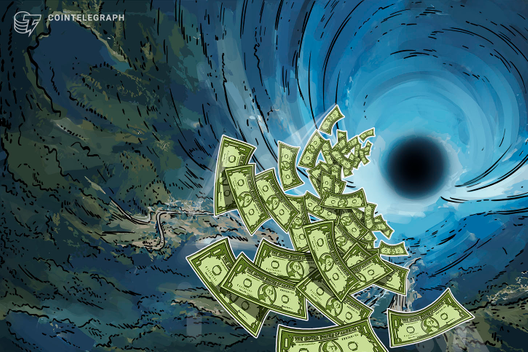 Hashpower rental marketplace NiceHash has frozen its repayment program for users affected by a major hack in Dec. 2017 due to insufficient cash flow

The hashpower rental marketplace NiceHash, which was hacked in Dec. 2017, says it may not be able to fulfill its pledge to fully reimburse affected users.

In a blog post published on Dec. 18, NiceHash said its repayment program would be frozen at its current level of 82% successful reimbursement and that its promise to repay 100% of lost funds will not be realized “in the foreseeable future.”

Established in 2014, NiceHash is a marketplace that brokers between miners and investors, allowing owners of mining hardware to rent out their hash power to interested parties.

In Dec. 2017, the service lost over $60 million in Bitcoin (BTC) in a major hack. It subsequently pledged to fully reimburse affected users, launching a repayment program in Feb. 2018.

According to NiceHash, 82% of lost funds have by now been successfully reimbursed, yet despite having been committed to periodically repay the outstanding balance, the company now says it cannot uphold this commitment:

“We have been repaying the old balance to our users through our fees and thus cutting our income. Our income and thus Repayment program assets are subject to taxation. The current state of the Repayment program is at 100,04% of the original loss value in our accounting books.”

NiceCash adds that the decision was taken in order to allow it to stay in business with enough cash flow for the future development of its services.

The company says it will continue with the legal procedures tied to the repayment program and that should the market see “a positive development” in 2020, it will resume its reimbursement efforts.

All information regarding the repayment program will meanwhile remain visible in users’ wallets, but as of now, the firm says it is unable to give any time estimates for possible eventual reimbursement.

This spring, as part of an overview of students’ crypto mining, Cointelegraph reported on the popularity of Nicehash and similar services that offer a low-barrier entry point to mining for those without access to sophisticated hardware.

Notwithstanding his access to “free” (campus) electricity, one interviewee — a University of Mississippi pharmaceutical sciences student — nonetheless told Cointelegraph he had eventually been forced to abandon mining because of the continuously high strain on processing power and “overinflated” GPU prices. Hashpower rental marketplace NiceHash has frozen its repayment program for users affected by a major hack in Dec. 2017 due to insufficient cash flow