A 19-year old man has been indicted for identity theft as part of an alleged $1+ million cryptocurrency heist affecting at least 75 victims in the United States.

SIM-swapping — also known as a port-out scam — involves the theft of a victim’s cell phone number in order to hijack their online financial and social media accounts by intercepting the automated messages or phone calls used for two-factor authentication security measures.

As the Manhattan District Attorney’s Office news release outlines, Selassie has been indicted on nine counts, including identity theft in the first and second degrees, grand larceny in the first and fourth degrees, computer trespassing and tampering and scheming to defraud in the first degree.

In a statement, Attorney Vance said that the suspect had perpetrated the crimes from his Brooklyn apartment, illicitly accessing accounts belonging to 75 victims and siphoning over $1 million in cryptocurrency using “little more than an iPhone and computer.”

Selassie allegedly compromised online accounts in order to determine whether his targets had cryptocurrency holdings, which included — but were not limited to — Gmail, Yahoo, and Dropbox.

He is alleged, in some instances, to have changed the passwords to these accounts to prevent victims from regaining control, and to have “intentionally selected and targeted victims known to be active in cryptocurrency, due in part to the inherent difficulty in tracing the theft and transfer of cryptocurrency.”

Selassie was arrested in Corona, California, pursuant to the execution of a search warrant, which led to the authorities’ recovery of various electronic devices as well as custom-made jewelry allegedly purchased using Bitcoin (BTC).

They moreover recovered a handwritten note containing a wallet seed phrase for a cryptocurrency wallet, which, when reconstituted, linked him to a number of known victims and the theft of hundreds of thousands of dollars’ worth of cryptocurrency.

As reported, U.S. authorities charged a Pennsylvania man earlier this month with conspiracy to commit wire fraud and extortion via a series of SIM swaps targeting cryptocurrency execs and investors.

This November, members of REACT Task Force —  a California-based law enforcement group dedicated to fighting cybercrime — said they consider “SIM swapping” to be among the group’s top priorities in the fight against cryptocurrency-related fraud. 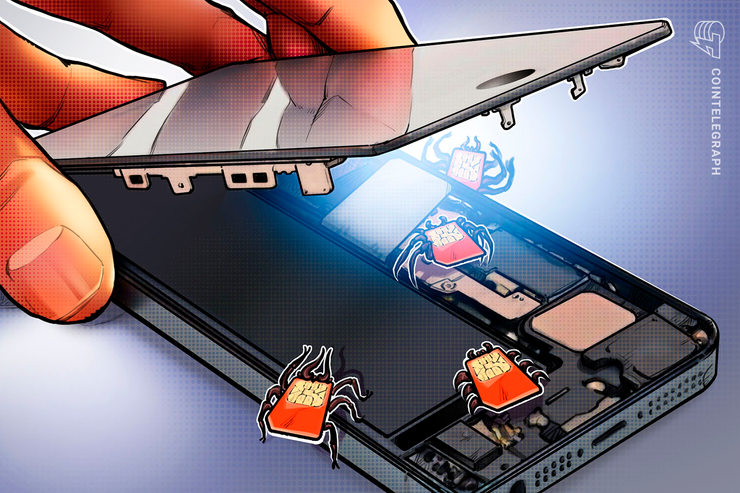