43% of Investors Interested in Bitcoin Are Women: Grayscale Survey

43% of Investors Interested in Bitcoin Are Women: Grayscale Survey 43% of investors interested in Bitcoin are women, according to a survey from Bitcoin fund operator Grayscale

A report published on Dec. 4 by Bitcoin (BTC) fund operator Grayscale suggests that 43% of investors interested in Bitcoin are women.

The study involved 1,100 United States investors of ages between 25 and 64 surveyed between March 28 and April 3, 2019. All the respondents were involved in personal investing and held at least $10,000 in investable assets with at least $50,000 in household income.

Bitcoin not as male-dominated as believed?

As the report points out, cryptocurrencies are believed to be a predominantly male space. Additionally, GoogleAnalytics suggests that over 90% of Bitcoin community engagement is male. But the data uncovered in this survey challenges this perception. The report notes:

“Bitcoin conversations tend to focus on a predominantly male investor audience, and yet data indicates women have a healthy interest in Bitcoin as well.”

Notably, 56.2% of women and 56.4% of men see significant growth opportunities in digital currencies. Also, 49.8% of women believe Bitcoin’s finite supply could drive demand and price higher as do 49.9% of men.

Moreover, 47% of women compared to just 39% of men think this is the time to buy Bitcoin because they believe the price will only rise. Interestingly, 63% of women compared to 56% of men agreed that the ability to buy only a small fraction of BTC was a compelling reason to join the space.

Among the 43% of investors interested in BTC were women. While 80% of women were also intrigued by its potential while 93% noted that they would be more open to the asset class if more educational resources were available.

The report also concludes that women tend to view investments as a way to protect themselves and their families rather than a way to get rich. For example, 60% of the women gave more importance to financial security than building wealth while only 48% of men shared this view.

This apparently higher risk adversity is in line with the ideas of Miss Universe Finland 2015 winner Rosa-Maria Ryyti. In September, she said that Bitcoin is less popular among women because it’s seen as a risky investment.

Also, 42% of women noted that they plan to “play it safe” with their investment whereas 35% of men said the same.

Men more “confident” in their investments than women

Furthermore, women are also more likely to rate themselves as less investment-savvy than men, with 44% percent of women and 22% of men saying they didn’t feel confident in investing.

While the report suggests that interest in Bitcoin is nearly equally split between men and women, other sources, however, indicate that much fewer women invest in Bitcoin than men overall. As Cointelegraph reported at the end of July, it is estimated that only 20% of European cryptocurrency holders are women. 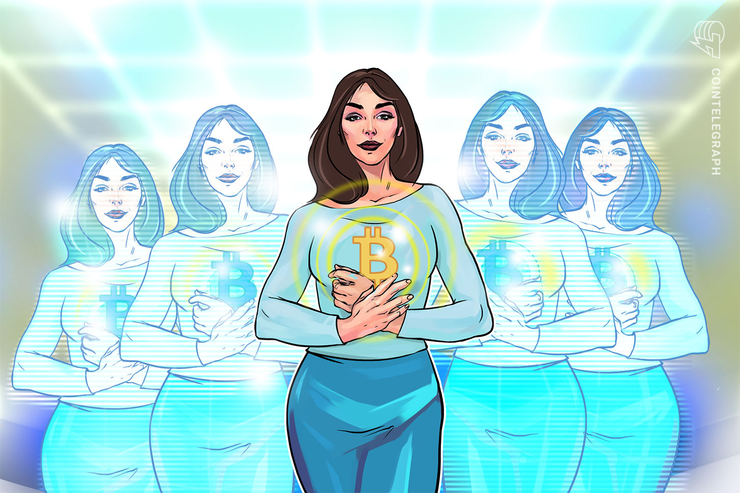 43% of investors interested in Bitcoin are women, according to a survey from Bitcoin fund operator Grayscale