Chinese share of global hash rate hits a new record of 66% since 2017, a new study says

Chinese Bitcoin (BTC) miners are now responsible for controlling as much as 66% of global hash rate, a new report claims.

China’s Sichuan province is accounting for over half the global hash rate, according to a study by London-based digital asset manager CoinShares, Reuters reports Dec. 11.

Hash rate is a measure referring to the overall computing power involved in validating transactions on the Bitcoin blockchain. As reported, more power suggests greater network security as well as interest in the profitability potential of mining Bitcoin.

The highest recorded hash rate since 2017

According to the report, the Chinese share of hash rate has surged from 60% in June 2019 and is the highest recorded by CoinShares since the firm started monitoring the measure in 2017.

While Sichuan province reportedly accounts for over 50% of the global hash rate, other leading crypto mining centers in China include the provinces of Yunnan, Xinjiang and Inner Mongolia, the report notes. Other hubs include sites in the United States, Russia and Kazakhstan, CoinShares reportedly wrote.

Chris Bendiksen, head of research at CoinShares, suggested that the recent surge in China’s hash rate is likely to be a result of applying more advanced mining hardware. He noted in the report:

“This is beneficial to the Chinese mining industry […] If you are the first to increase your proportion of the hashrate, and you can do that before your competitors, that’s generally good.”

As recently reported by Cointelegraph, Bitmain and Canaan Creative are the top mining chip suppliers in China. Meanwhile, Bitmain appears on track to monopolize China’s crypto mining market as some reports claim that the company accounts for 75% market share of the crypto hardware market worldwide.

According to documents filed on Nov. 20, Canaan raised $90 million in its initial public offering, which reportedly amounted to 75% less than expected.

Another major Bitcoin mining hardware manufacturer, MicroBT, is allegedly facing an intellectual property infringement dispute with Bitmain, as MicroBT’s founder was reported to be held by Shenzhen Police to assist in an investigation. 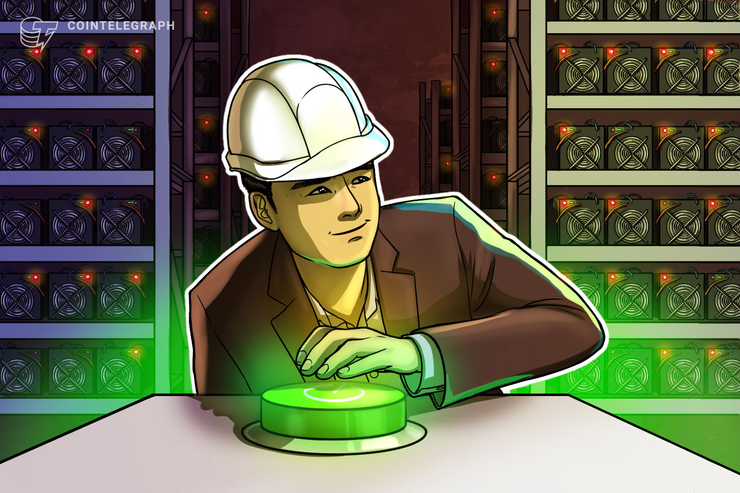 Chinese share of global hash rate hits a new record of 66% since 2017, a new study says