ICC and Blockchain Firms Agree on $40B Funding for Climate Projects

ICC and Blockchain Firms Agree on $40B Funding for Climate Projects On the sidelines of COP 25, the ICC and blockchain firms Perlin and AirCarbon agreed to provide $40 billion in funding for climate projects

The International Chamber of Commerce (ICC) has partnered with a Singapore government-backed blockchain startup to reduce carbon emissions in commercial aviation.

In a press release on Dec. 10, the ICC said that a partnership with Perlin and blockchain-based carbon offset exchange AirCarbon will provide $40 billion for climate projects in the aviation industry.

The three partners launched the scheme on the sidelines of the United Nations Conference on Climate Change, or COP 25, in Madrid.

“As part of ICC’s declaration for the next century of global business, we are committed  to making climate action everyone’s business by supporting the research, development, and deployment of digitally-enabled solutions,” ICC Secretary General John W.H. Denton commented in the press release, adding:

“This partnership will harness the power of technology to accelerate innovation, and inspire real, concrete action to keep our air carbon-free.”

The ICC will now seek to spread the adoption of AirCarbon’s carbon credits solution, which acts as a blockchain-based trading network for CORSIA, the existing carbon offset scheme from the International Civil Aviation Authority.

CORSIA came into being in 2016, at the time attracting 191 countries as signatories and hence potential markets for AirCarbon.

As Cointelegraph reported, the ICC has delved into blockchain innovation before, after formally pledging to promote the technology to its 45 million members.

The ICC previously cooperated with Perlin on an e-registry system for ships this year. In October, the Singapore Shipping Association and the ICC began work on the International E-Registry of Ships system based on Perlin’s Wavelet.

At the same time, blockchain technology is increasingly viewed with skepticism by major global bodies. This week, the World Trade Organization published what it called a “reality check” for blockchain in international trade.

David Bischof, deputy director at the ICC’s finance for development hub, described the report as “an indispensable tool for the entire trade ecosystem, but foremost clearly shows that standardisation in trade and trade finance is a key challenge to ensure the numerous blockchain-based platforms are of use for businesses that trade.” 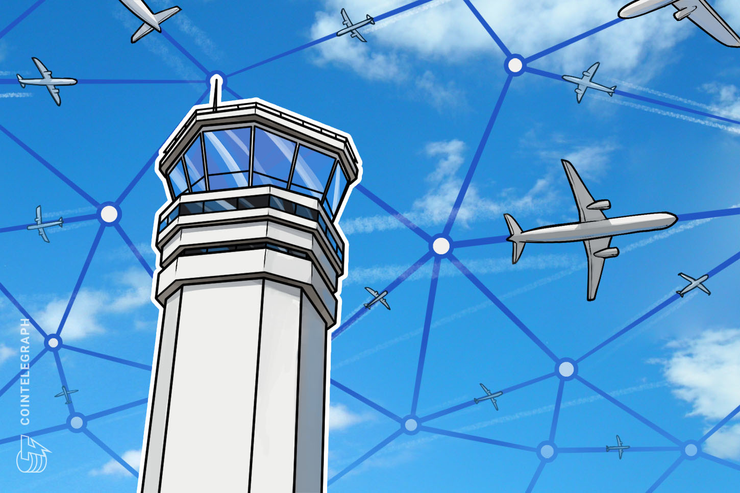 On the sidelines of COP 25, the ICC and blockchain firms Perlin and AirCarbon agreed to provide $40 billion in funding for climate projects