“It’s the future and you cannot stop it.” Former Italian Minister of Economy spoke to Cointelegraph about crypto

During the Code4Future conference, the first event in Italy dedicated to the concept of open innovation held at the Talent Garden in Rome, the former Minister of Economy and Finance Giulio Tremonti — currently president of Aspen Institute Italia — expressed his thoughts regarding the future of digital payments and the advent of cryptocurrencies.

On Nov. 8, the first day of the Code4Future event, Tremonti took part in a round table discussion, during which he said the opportunities offered by the fintech sector were changing both business logic and the role of traditional banks:

“Banks may be caught off-guard by fintech activities. An alliance between traditional banks and new digital industries is essential. A structure that incorporates new techniques but maintains old values.”

Issues surrounding the level of trust that users must place in the traditional banking system, which has been in decline for several years, was also addressed:

“How can we recover this trust? The idea is to integrate the new with the old in order to write a different history than that of the banks. The idea of trust in central bodies has been present in our reality for a very long time. Just think of what is written on the notes of the Weimar Republic, as reported by Goethe: ‘trust me, believe in me.’”

The former Minister then expressed his opinion regarding Facebook’s Libra project and the relationship between old and new currencies. In his opinion, Libra will forever change the rules of the game as well as the way users think about and use money:

“There will be a transition from old coins to new coins. I believe this to be the case, but I can’t tell you when. I think your children will see a world in which currency will be created differently.”

For the first time, we are discussing a currency that does not necessarily need to be distributed by a state, and this is happening because people have slowly begun to sell portions of their sovereignty:

“In the near future, citizens will sell portions of their sovereignty to top players like Facebook. Because if it is an over-the-top system, we believe that by providing a portion of our identity, we are doing the right thing, because they offer something in return. And so what they have becomes true, and what you have becomes false.”

Tremonti also commented on the news of the imminent launch of a national cryptocurrency by China:

“The world is splitting between the republic of the United States and the digital despotism of China. The Chinese system is all about absolute control. I believe this is a control technique, not a financial technique.”

Cointelegraph finally asked what his opinion was on decentralized cryptocurrencies like Bitcoin:

“It’s the future and you cannot stop it. Having said that, Bitcoin does not have a clear legal status, and this is clearly an obstacle. According to accounting rules, it’s an asset you should put on your financial statements. But if it’s an asset that you should put on your financial statements, should VAT be applied when it is sold? It is still an area of ​​great uncertainty.” 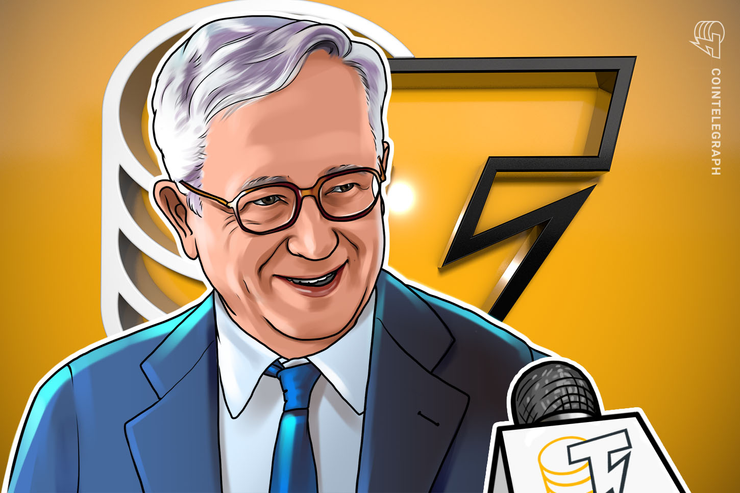 “It’s the future and you cannot stop it.” Former Italian Minister of Economy spoke to Cointelegraph about crypto