Ping An’s fintech subsidiary OneConnect is aiming for a $500 million IPO in the U.S. according to a filing with the Securities and Exchange Commission

OneConnect, the financial technology subsidiary of Chinese insurance giant Ping An, has updated its filing for an initial public offering (IPO) with the United States Securities and Exchange Commission (SEC).

According to an F-1 filing dated Dec. 2, the firm is looking to sell $500 million worth of shares in its IPO. The recent filing states:

“We expect that we will receive net proceeds of approximately US$438.2 million from this offering, or approximately US$504.6 million if the underwriters exercise their over-allotment option in full.”

In the filing, the company explains that its platform provides “cloud-native technology solutions” and its “solutions provide technology applications and technology-enabled business services to financial institutions.”

The firm also claims that at the end of September it had over 3,700 customers, including “all of China’s major banks, 99% of its city commercial banks, and 46% of its insurance companies, collectively reaching hundreds of millions of end-customers.” Technologies employed by the company include artificial intelligence, big data and blockchain.

The current target is much lower than the $1 billion OneConnect sought in a Hong Kong IPO filing earlier this year.

The company claims that its blockchain technology can manage up to 50,000 transactions per second with a latency under 0.5 seconds, while also implementing privacy through zero-knowledge proofs. OneConnect’s technology has been used to develop the major blockchain-based trade finance platform eTradeConnect in partnership with the Hong Kong Monetary Authority.

The documents also claim that OneConnect’s parent firm, Ping An Group, is China’s second-largest financial institution and the sixth-largest in the world by market capitalization. According to company data website Crunchbase, OneConnect has received $650 million in funding so far in a single round led by Japanese telecommunications giant SoftBank. 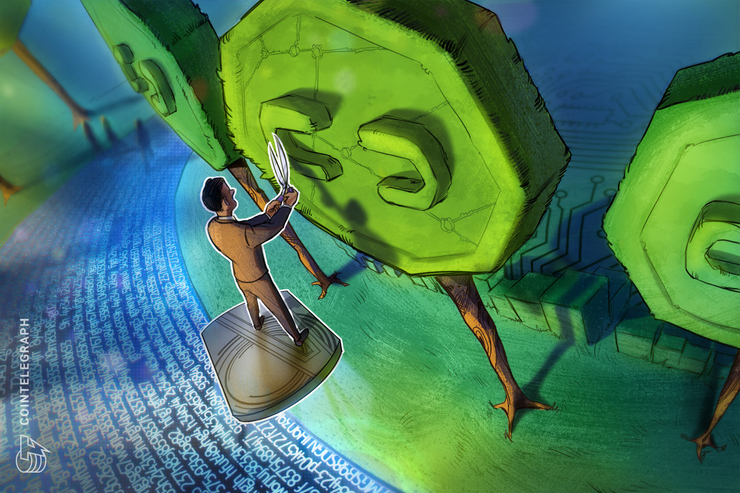 Ping An’s fintech subsidiary OneConnect is aiming for a $500 million IPO in the U.S. according to a filing with the Securities and Exchange Commission