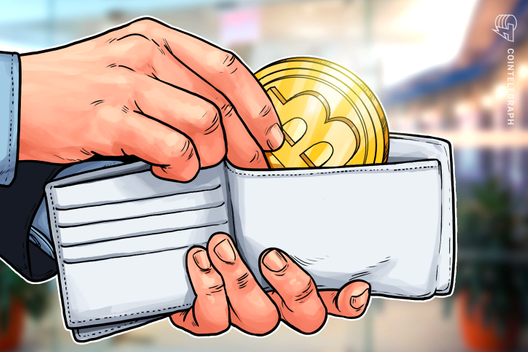 A new wallet aims to broaden the adoption of Bitcoin (BTC) and cryptocurrencies but making their addresses easier to remember.

The service, dubbed Easypaysy, is the product of Spanish developer José Femenías Cañuelo and launched on Dec. 1.

Dev: BTC addresses “not for humans”

Cañuelo was irked by the complex nature of Bitcoin addresses, which are random collections of letters and numbers that are all but impossible to memorize.

In the official introduction to Easypaysy, he described Bitcoin’s user experience, or UX, as “terrible.”

“Bitcoin addresses are really not meant for humans. Nobody should be forced to make or receive payments to a crypto-address, much as nobody expects you to navigate the world wide web just by using IP addresses,” the description reads.

The wallet service works by offering three formats of so-called Bitcoin “accounts” for users. These are designed to be more user-friendly identifiers, to which others can send cryptocurrency funds instead of using actual BTC addresses.

Behind the mask, funds are delivered to BTC addresses as in a regular transaction, Cañuelo promising that no address is used more than once.

Various services have offered similar solutions over the years, including BitcoinWallet.com in 2014 and Ethereum Name Service for Ether (ETH) payments last year.

“I haven’t thought through the downsides, but allows for much easier-to-remember IDs than addresses that we use today. From a UI perspective, big win as it’s easy to remember and print on business cards,” he summarized in a tweet following the launch.

As Cointelegraph reported, wallet security currently forms something of a thornier issue than ease of address sharing. With large numbers of Bitcoin users still trusting third parties to store their funds, a dedicated effort is underway to highlight the risk of not controlling one’s own private keys.