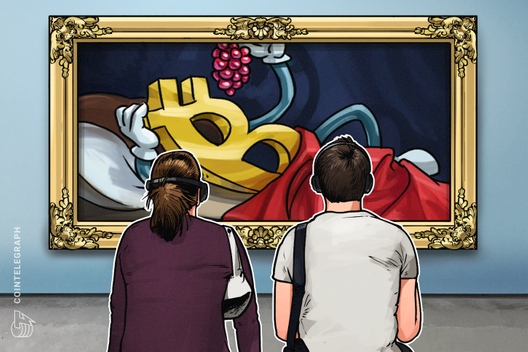 In its collection as of Aug. 25 has been a Bitcoin mural by French street artist Pascal “PBOY” Boyart, which was painted over by French authorities earlier this year.

The mural — created in honor of the 10th anniversary of Bitcoin’s Genesis Block — had recast the rebels who rose up against King Charles X in 1830 as contemporary “Gilets Jaunes” (Yellow Vest) protestors.

Conceived as a street art treasure hunt, it contained a puzzle with a 0.284 BTC bounty, which could be solved entirely only by finding — and being physically in front of — the mural.

It was painted over one month after its creation.

Users wishing to display their fragment of the mural need to buy ETH-based “land parcels” on Cryptovoxels — just as with artwork, these land parcels can also be bought and traded via OpenSea.

Art and the blockchain

In 2018, Cointelegraph reported on the world’s purportedly first cryptocurrency art auction, in which fractional ownership of Andy Warhol’s 14 Small Electric Chairs was sold via the Maecenas blockchain platform.

In the spring of this year, blockchain-based art registry startup Artory raised over $7 million in Series A funding round from an early Spotify investor, among others. 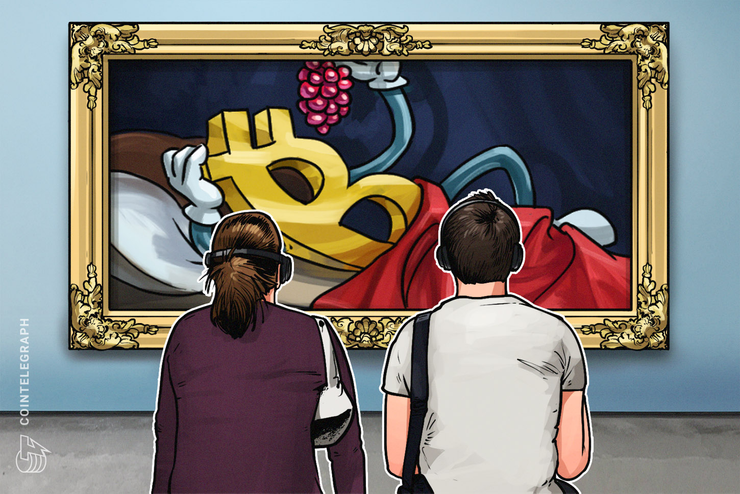