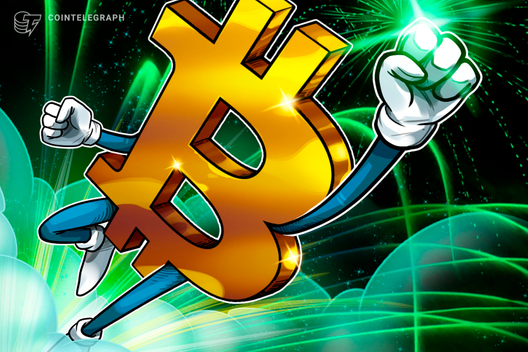 As of Dec. 2, CoinDance data reveals that for the week of Nov. 23, Paxful saw close to $30 million in P2P Bitcoin trades continuing a consistent upward trend since the platform’s inception.

As a decentralized and non-custodial service, Paxful reportedly sees Bitcoin trades denominated in 70 different national fiat currencies and has seen $20-25 million in trades (weekly) throughout much of 2019.

While Paxful has reported a consistent uptrend since 2015, data from LocalBitcoins.com — a veteran name in the P2P crypto trading space — has seen a shakier arc with peak volumes largely reported during the winter 2017 cryptocurrency bull run.

Despite this, LocalBitcoins’ volume remained broadly in the $40-60 million (weekly) range for much of 2018-2019, although the last few months have seen a downturn with consistently sub-$40 million levels throughout October and November.

As noted, one of Paxful’s niche markets is the exchange of retail-branded gift cards for Bitcoin: the platform’s site reveals that Amazon gift cards are currently the most popular, followed by eBay, Steam and iTunes.

As reported, LocalBitcoins has seen its market share challenged as rival LocalCryptos — formerly LocalEthereum — announced it was set to add Bitcoin support alongside Ether (ETH).

LocalBitcoins has also come under criticism for its move to register as an official virtual currency provider with regulators in its home country of Finland, alienating users who hope to transact pseudonymously.