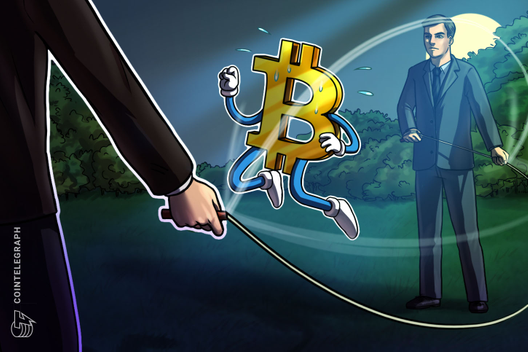 Bitcoin may yet drop to $6,900 if the current price gives way, warns a trader

Bitcoin (BTC) stayed rangebound on Dec. 2 after a descent from near $8,000 over the weekend failed to crack the $7,000 support.

Data from Coin360 showed the largest cryptocurrency trading in a narrower $300 corridor as the week began, with 24-hour performance bottoming out at around $7,180.

At the top of the range, BTC/USD nonetheless failed to retake $7,500, at press time fluctuating around $7,300.

The reduction in volatility soothed analysts, who were able to predict potential short-term moves for Bitcoin with a greater degree of certainty on Monday.

For regular Cointelegraph contributor Michaël van de Poppe, upside potential now focused on breaking $7,400, which could then form a gateway to higher resistance at $8,100.

Highlighting the current price point on a fresh chart on Monday, he added that a failure to maintain it would result in only a modest downturn.

Previously, van de Poppe had highlighted the fact that overall, the danger for traders were not over; markets could still continue selling pressure to send Bitcoin lower.

On the day, many were also waiting for BTC/USD to continue traditional behavior and fill a “gap” in Bitcoin futures trading prices.

A futures gap refers to the difference between when one Bitcoin futures trading session ends and another begins. On Friday, CME Group’s monthly futures settled $315 higher than the point at which they opened on Monday.

The historically accurate trend thus calls for Bitcoin to hit an area around between $7,465 and $7,800.

Bitcoin may yet drop to $6,900 if the current price gives way, warns a trader