What the HEX: A Look at Richard Heart’s Controversial New Crypto

What the HEX: A Look at Richard Heart’s Controversial New Crypto 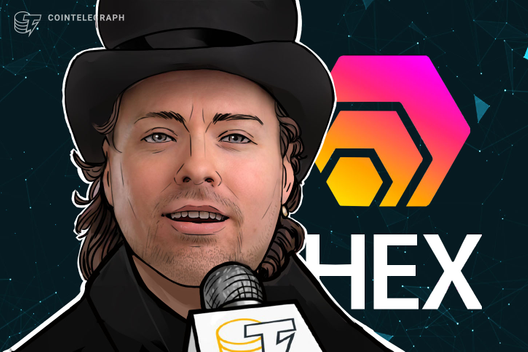 HEX is a new financial tool and cryptocurrency launching on the Ethereum network via a Bitcoin UTXO snapshot on December 2. Critics are questioning HEX’s legitimacy, calling it a colossal cash grab and privacy compromise. Devout fans can’t wait to claim their tokens and start staking. So who’s right and who’s wrong?

Richard Heart, the outspoken man behind HEX, sat down with Cointelegraph to talk about the upcoming launch and counter a few of the criticisms surrounding the project.

Heart explained that HEX is the world’s first high-interest blockchain certificate of deposit (CD), letting users stake their tokens in return for interest. Users can enjoy interest payments ranging from 3.69% if 99% of the total supply is staked, up to an improbable and enormous payout of 369% if only one percent of the total supply is staked — paid out in HEX tokens. It’s worth noting that the monetary value of such a payout depends entirely on the market value of HEX at the time of maturity.

“It’s the world’s first blockchain CD that attacks the largest market in the banking ecosystem outside of savings accounts,” Heart said.

HEX is essentially a crypto version of the traditional fixed deposit. The client-side looks like the popular banking instrument: a user locks up funds, then receives their invested principal plus interest when the term matures.

“Banks use your money as a sort of collateral that’s just an excuse for them to borrow money from the government at extremely low rates,” Heart said.

Meanwhile, Bitcoin has some serious limitations, Heart explained. “What does Bitcoin do? It lets you enter a number on your screen which changes the number on someone else’s screen. It makes sure nobody does that twice by burning millions of dollars in electricity.”

Of course, the cost to secure a single such transaction is far from millions of dollars, but Heart has a soft spot for hyperbole.

Heart said Bitcoin prices can spiral downward due to miner competition, causing difficulty to spike to all-time highs while the market price dwindles. Miners have to keep selling more of their newly minted coins, and thus continue to push the price further down. Heart neglected to mention Bitcoin’s difficulty adjustment system, which finds an economic balance between mining costs and monetary rewards.

Rather than losing against inflation, HEX users earn it by locking up coins, Heart said. People are competing against each other for larger and longer stakes, starting as early as possible, in order to get a larger piece of the profits. “If you end your stake early or late,” he said, “you’re penalized.” Only users who don’t lock their coins suffer from inflation because they’re not letting the rest of the world know when they will sell them. ”It’s a truly unique system. It’s the first of its kind,” Heart beamed.

Heart complains that Bitcoin’s system still has critical bugs that aren’t solvable by wasting more electricity. “Bitcoin’s security model burns millions of dollars but starves developers of money, has no security audits, and no bug bounty.” Heart continued by pointing to the decline in wider Bitcoin adoption: “Fewer people accept it, it has fewer addresses, fewer Google searches, only minor upgrades besides SegWit… Lightning only has $6 million in total, and also has critical vulnerabilities from time to time.”

Heart explained that HEX solves these problems. “It does everything Bitcoin does, but better, except liquidity, but that’s because it’s brand new.” First, Heart pointed out that users can profit from referrals.

Secondly, lending BTC in the hopes of making interest requires trust, whereas HEX does not, Heart said: “To earn money on your Bitcoin, you have to lend it out to a counterparty and hope that you ever see it again. With HEX, you lock it in a smart contract. It’s trustless interest.”

This programming is secure, he explained, since the consensus code that controls the inflation and validity of coins is locked in a smart contract. Developers can’t accidentally generate a bug, he said. “But in Bitcoin, if you try to improve the network anywhere, your changes touch the consensus code. That’s how that last inflation bug got accidentally put in there.” Heart compared such a change to upgrading an airplane’s software while it’s in the air — a dangerous, difficult task.

10% of the world will hate you

Many criticisms aimed at HEX focus on Heart’s potential to make the lion’s share of profits from the scheme. The origin address, an element of the scheme that users are obliged to trust, receives a massive portion of claimant bonuses. “Whoever holds the keys to the origin address is going to be happy,” Heart said with a chuckle.

When asked for his thoughts on HEX, Cryptoconomy podcaster Guy Swann took the question to his listeners. “I started a thread in our Cryptoconomy Telegram group and it got out of control, fast,” Swann said. “I can’t believe how this thing is set up. Its core design could make it one of the most prolific schemes to funnel money to a single party that I’ve seen in the crypto space.” Swann expressed further concerns, comparing it to OneCoin in its “brazen means of aggregating vast sums (upwards of two-thirds) of all invested ETH and HEX supply under a single entity’s keys.”

Swann explained, “To get HEX after the airdrop, you participate in an ‘Adoption Amplifier,’ which makes a game out of bidding on new HEX tokens by sending ETH into a ‘pool‘. That ETH then goes directly to Richard…” Swann concluded, “Everything in this ridiculous token is designed to look like a game and encourage gambling. But the one universal factor in every game element is that Richard gets wealthier and you get a worthless token that he invented for free…”

Others have fired criticisms at Heart for HEX’s purportedly Ponzi-like structure, as well as for privacy and security concerns regarding its claiming process. Vlad Costea, a writer at Bitcoin Magazine, presented a range of arguments against HEX’s purported legitimacy, calling it a scam back in January 2019 when it was originally branded as “Bitcoin Hex.”

Costea wrote: “Bitcoin Hex resembles a Ponzi scheme…”  He criticized the project as a sort of “fool’s gold,” promising to “make everybody richer at the expense of a simple sign-up process.” The writer also pointed to privacy concerns regarding the claiming process.

During the launch phase, anyone holding Bitcoin can claim 10,000 HEX for each Bitcoin stored in a wallet address. Costea wrote,

“People watching the weekly interviews and understanding the process will probably think that they have nothing to lose. But the price to pay is privacy itself, as participants to the Hex scheme willingly reveal to the public how many bitcoins they own (unless they obfuscate their transaction history with a tool like Wasabi wallet, that is).“

Following a barrage of criticisms fired at HEX, Costea concluded that the tokens will have no value, with gullible traders left handing over their valuable crypto gold for worthless stones.

Heart justified the design of HEX’s payment system: “The market sets the price. If no one wants in, the price will be nothing.” He took a lighthearted approach in handling critiques of outright fraud: “So there’s this trustless thing that people can use — or not — and pay what the market says it’s worth — or not. Scam!”

Heart elaborated: “I don’t care who you are, 10% of the world will hate you. In crypto, there’s a tribalism that every coin you buy is a world-changing amazing thing. Every coin anyone else buys is a scam by default.”

He also responded to critics bemoaning his financial success and profit-seeking motivations: “They’re closet socialists. They say, ‘I’m poor, so I want you to be poor, too.’”

Heart addressed the issues surrounding privacy and security, saying “every HEX claim is safe and secure.” For extra anonymity, users can claim each “BTC Freeclaim” to a new ETH address over TOR and click “new circuit” after each claim. Heart said, “I don’t know your IP. I don’t know your name. I know the public address that has claimed HEX. It’s like knowing you have a front yard and people can see your front yard.”

“I don’t want your data. If I wanted to know your IP address, I could set up a Bitcoin node and just listen, or I could buy a wallet company or make an app. It’s so stupid.”

Heart has extremely ambitious hopes for the project, envisioning HEX “overtaking all other cryptocurrencies… and onboarding people in the real world.” He explained the project uses “tactics a scam might use,” like referral bonuses, in order to attract interest — but offers an honest, real project.

There is no doubt that Heart is a master marketer and salesman. He appears to be genuinely passionate about the project, aiming to recreate the early days of free mining, $1 Bitcoin, and massive profits for the fortunate few. Exactly how few will benefit from HEX is yet to be determined. 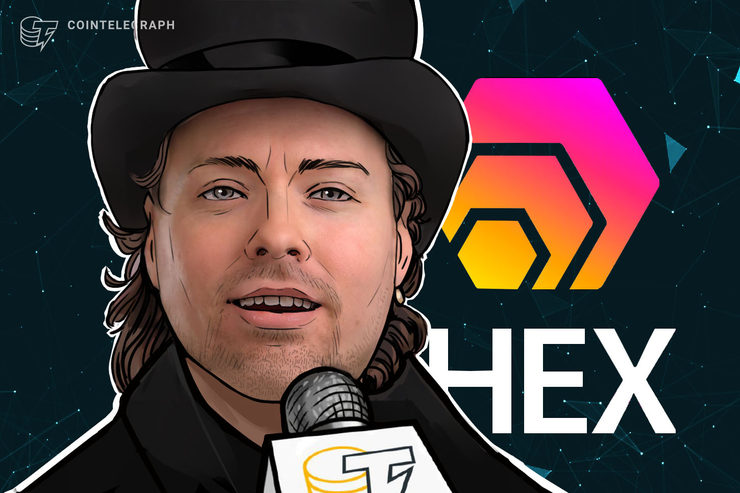