The largest state in India, Uttar Pradesh, and Power Ledger have partnered to launch a P2P renewable energy trading project

The state power utility UP Power Corporation Limited and UP New and Renewable Energy Development Agency have partnered with Power Ledger to launch a trial of P2P solar energy trading to examine its practicability, according to a Nov. 28 press release. The first phase of the project is set to be completed by March 2020.

One of the main problems facing renewable energy sources is storing surplus energy when unpredictable elements like wind and sun create more or less power than is needed. As such, the project aims to make it easier for small producers to find users for surplus energy and make renewable sources more viable.

Once the pilot is completed, Power Ledger will examine the results and purportedly work with the local government to tailor regulations that further enable P2P energy trading.

Photovoltaic solar capacity in Uttar Pradesh — the largest state in India with a population of nearly 200 million — is set to expand in order to meet growing energy demands. In 2017, the state had 12,500 megawatts of photovoltaic power generation capacity.

Power Ledger has previously worked on P2P renewable energy trading in India. Earlier this month, the firm announced that it completed a trial in the Dwarka region, South West Delhi. Similar to the pilot project in Uttar Pradesh, the trial in Dwarka aimed to give participants access to cheaper, renewable energy and let solar infrastructure owners monetize their surplus energy.

India has proved itself as a jurisdiction with a proactive approach toward blockchain adoption. On Nov. 27, India’s Ministry of Electronics and Information Technology said that it recognizes the potential of blockchain technology and the need for the development of a shared infrastructure to carry out related use cases. The Ministry added that it is working on a “National Level Blockchain Framework.” 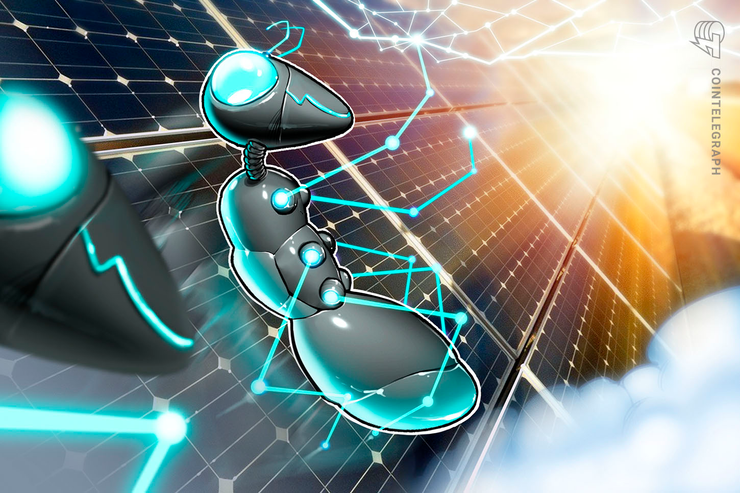 The largest state in India, Uttar Pradesh, and Power Ledger have partnered to launch a P2P renewable energy trading project