US Fed Weighs Up Potential CBDC as Countermove Against China

US Fed Weighs Up Potential CBDC as Countermove Against China 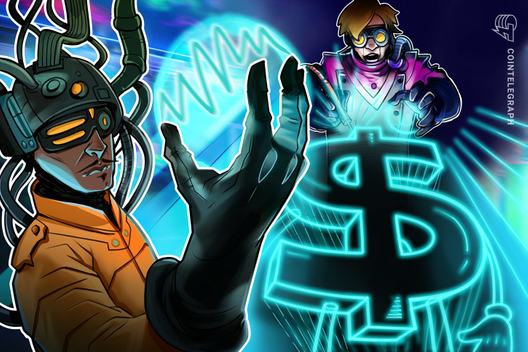 Fed Chairman Jay Powell puts the agency’s economic theories on display in a recent letter to U.S. representatives asking: “What about a USD stablecoin?”

Where just a handful of years ago, the idea would have been immediately dismissed or even met with ridicule, the United States Federal Reserve is now taking the concept of an official dollar stablecoin seriously.

Markets have heard more frequent guidance from the Fed on cryptocurrencies in recent years, and thanks to two curious U.S. representatives — French Hill and Bill Foster — this guidance now includes an enlightening response from Fed Chairman Jay Powell to their letter on a central bank digital currency, or CBDC.

The infiltration of blockchain into our global financial sector is nothing new, but a few trends have seen these experimental decentralized solutions tackled head-on by authorities. One of the most significant events to bring about this pivot is that the first major economy has emerged as a proponent of government-issued stablecoins.

China’s announcement that it will launch a digital currency reveals the country’s direction, and other federal banks must now consider doing the same, especially during the ongoing trade war that is testing the standalone strength of individual economies and their monetary policy.

Facebook’s Libra is another sign that cannot go ignored, and though the Libra Foundation just experienced an exodus of backers, its underlying idea is enough to represent a bucket of cold water tossed on slumbering regulators and policymakers.

If governments don’t move first to permit immutable cryptocurrency transactions for their own digital coins, private corporations are ready to pounce. Likely on high alert thanks to China’s abrupt change in stance on cryptocurrencies, Powell provided fresh, tangible insights on how the U.S. regards this developing movement in his recent letter.

“The Fed has realized that cryptocurrencies, in one form or another, are here to stay,” says Saga’s chief economist, Barry Topf — a consultant for the International Monetary Fund and former central banker. He told Cointelegraph that Powell’s answer reveals there are “far-reaching implications for monetary policy, currency regimes and central banks themselves.” He went on to add that:

“Federal bankers have been slow on the uptake, but now realize they must evaluate and assess developments and possible implications. Otherwise, they risk being surprised and unprepared for a changing environment which may include China as a dominant force. A CBDC issued by China would be a major extension of China’s influence in the world economy.”

Topf continued by saying that the implications of such a move by China must be carefully weighed, “Mark Zuckerberg told Congress this directly when he said, ‘While we debate these issues, the rest of the world isn’t waiting.’”

The Powell letter is revealing

Compelled by concerned lawmakers to indicate which way the Fed is leaning when it comes to its own stablecoin, Powell underlined that the agency currently has no plans to develop a central bank digital currency. However, it has discussed the idea at length and continues to assess potential pros and cons of such an idea. According to Powell:

A Fed-backed digital currency could bring significant advantages to the way money is settled currently, offering consumers a way to transact without fees and without middlemen such as smaller banks, but this would have several implications that Powell considers in his letter.

By operating a digital ledger, the Fed would technically be responsible for transaction metadata, and it is not outfitted to protect personal information — nor does it want to be. Interestingly enough, the chairman also seems to indicate that the current system’s illiquidity and cost inefficiency are preferable due to the way it obstructs capital flight and “runs from private markets” during stress episodes.

Other documents from the Fed published in November also claim that market runs could occur if stablecoin operations were to break it down, causing a loss of faith.

The logic contained in Powell’s letter rings true if one is familiar with the fundamental concept of stablecoins. A national stablecoin would be a token based on a blockchain, where each once would be backed by $1 from the Fed.

The theory goes that eventually, other assets and currencies will be “tokenized” as well, reducing speed and cost as variables in any transaction. However, there are some weak claims made in the letter, such as the notion that, „To date, our observation is that many of the challenges they [CBDCs] hope to address do not apply to the U.S.” Powell is arguably correct that if the U.S. economy did switch to dollar tokens overnight, there would be issues.

Unpredictable market dynamics would cause turbulence, and if unaddressed beforehand, they would indeed be an enormous risk. For example, one will be able to convert their entire savings account from a dollar stablecoin to a euro stablecoin, without the settlement costs imposed in today’s ecosystem. Once people are allowed to mobilize their dollars without the obstacles they’re used to, this nimbleness could boost volatility and impact general economic health.

However, another notion cleverly hidden in the letter is that the Fed considers terms and conditions like interest rates (and likely fees) as something to be imposed on its hypothetical digital money. How this would work was left unsaid in the letter.

Economies step into the great unknown

Clearly, regulators are still juggling multiple fundamental problems and technical realities that are involved in the provision of stablecoins, but they’re now doing so at odds with competitors like China, which has already entered the “race.”

The winning prize and whether the race is even worth entering is still unknown. There are some guesses, and the fact that some governments are willing to try regardless of potential chaos has lit a fire under noncompetitors.

Many are falling over themselves in the race to be the first “de-facto government-backed stablecoin for traders around the world,” as head of operations at the OKEx exchange, Andy Cheung, told Cointelegraph:

“If the US were to issue a digital dollar, it would certainly have far-reaching impacts on the global markets.”

Cheng believes that crypto exchanges need to prepare for this to meet the needs of new and old users alike, but that the overall impact from such a move would be positive for both crypto and traditional economies:

“The issuance of a digital dollar by the government would actually prompt the growth of both ecosystems and spur other participants to be more innovative and compliant with a global standard. Competition brings out excellence. Whoever executes it properly, would ultimately earn the same type of digital faith and volume that exists for the US dollar in its fiat form.”

Samuel Lim, chief compliance officer at Binance, also sees this as a positive beacon for adoption of cryptocurrencies as a concept, telling Cointelegraph that it would grant greater legitimacy to the crypto space and increase the level of interest form institutions:

“This would likely directly or indirectly have a positive impact on trading volumes with the entry of the big monies. This would also allow more people (the public) to learn about digital assets/currencies which is a positive thing altogether. We do believe that there is certainly sufficient room for public and private digital assets to co-exist.”

Governments must be conscientious custodians

A big issue with a potential government-backed stablecoin is that if the Fed were to impose rules that infringed upon blockchain’s basest advantages, people may be more willing and able to put their money into decentralized blockchains instead.

A question would then be if the government could somehow shut those blockchains down for being a digital equivalent or a counterfeit. “Obviously, governments have to guarantee execution and enforcement and it goes without saying that there should be appropriate government institutions to do so,” Grigory Rybalchenko, co-founder and CEO of Emirex — a digital asset exchange based in the Middle East — told Cointelegraph.

Rybalchenko is of the opinion that it would be the job of the government to strike the right balance between the number of centralized and decentralized solutions in order to promote financial freedom and allow people to make a choice, adding that:

Alex Kravets, U.S. head of cryptocurrency exchange CEX.IO, also told Cointelegraph that any platform deemed capable of impacting government sovereignty and their national currencies is likely to see barriers put up against it:

“Having the federal reserve create a digital dollar could be a double edged sword. On one hand it would be the most dominant and secure stablecoin which could be the greatest catalyst to push mass adoption on a global scale. But on the other hand, the government would have control of the blockchain and perhaps could in real time determine which transactions are sanctioned or prohibited.”

CEO of trading platform StormGain Alex Althausen concurs, telling Cointelegraph that governments have never had any intention of letting concepts like decentralized governance get in the way of their total control, adding that:

“Governments will no doubt consider any pegged or backed stablecoins as centralized assets no different than the dollars they already have, just more agile. Accordingly, any decentralized exchange, cryptocurrency or blockchain project will be considered as a competitor and not a cooperator, and they’ll be treated as threats much like what’s happening with Libra and TON now.”

The race is on regardless

Managing director at Bithumb Global, Javier Sim, has already seen evidence of the worldwide governmental race toward blockchain, with both Sweden and Estonia having developed various plans to digitize assets and identity systems. Sim continued by saying:

“Blockchain’s use here is largely for fraud prevention, and it’s interesting to see how governments have dismissed the decentralized debate as nothing more than an argument on data storage.”

The coming years will see central banks around the world make moves toward digital currency in close succession — if not for the immense opportunities the system provides, then simply because China and Libra have changed the aging perception that it cannot be attempted.

Some have seen this revolution as inevitable, even before China put itself in the ring. Mark Zuckerberg argued in his hearing before Congress that any hesitation would result in China beating them to the punch with a digital yuan — and in no time, he was proven right. The starting gun has been sounded, and it’s only a matter of time until we’re all racing toward our unidentified destination. 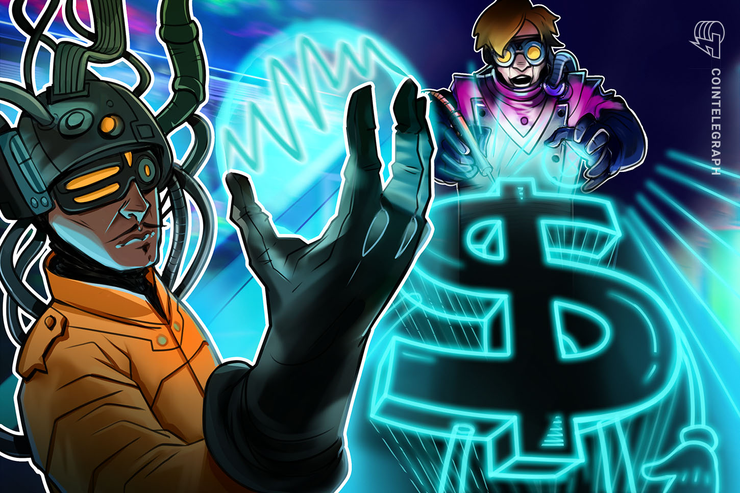 Fed Chairman Jay Powell puts the agency’s economic theories on display in a recent letter to U.S. representatives asking: “What about a USD stablecoin?”