US CFTC Obtains Over $1.3B in Administrative Penalties in 2019

US CFTC Obtains Over $1.3B in Administrative Penalties in 2019 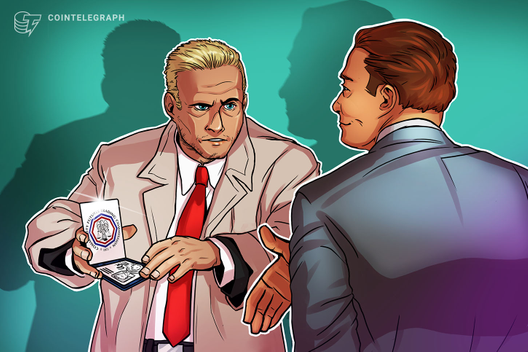 In 2019, the U.S. CFTC obtained monetary relief in its enforcement actions totaling over $1.3 billion, including funds collected from crypto companies

The United States Commodity Futures Trading Commission (CFTC) has obtained over $1.3 billion in administrative penalties in the fiscal year 2019, which included funds collected from cryptocurrency operators.

According to the CFTC’s annual report for the 2019 financial year, the regulator obtained monetary relief in its enforcement actions — including in the form of civil monetary penalties, disgorgement, and restitution — totaling $1,321,046,710. The figure is 39% higher than that of the previous fiscal year.

While the CFTC did not specify the exact amount of regulatory penalties obtained from digital currency-related companies, it pointed out several charges involving Bitcoin (BTC) fraud. The CFTC noted the $147 million crypto scheme Control-Finance Ltd, which defrauded more than 1,000 investors to launder at least 22,858 BTC.

The CFTC also mentioned a civil case against Jon Barry Thompson, who was accused of a $7 million BTC-related fraud, and Joseph Kim, who was accused of misappropriating Bitcoin and Litecoin (LTC) from several people and fined $1.1 million. The document continued:

The CFTC filed 69 enforcement actions, which was slightly higher than the five-year average of 67.5.

New CFTC chairman calls for a principled approach toward crypto

Earlier in November, CFTC chairman Heath Tarbert called for “principles-based regulation” for cryptocurrencies. The chairman said that such an approach involves moving away from detailed rules to relying more on high-level and “broadly-stated principles” to define standards for regulated firms and products.

“Blockchain, digital assets, and other developments hold great promise for our economy. Now is the time for LabCFTC to play an even greater role as we work to develop and write the rules for these transformative new products.” In 2019, the U.S. CFTC obtained monetary relief in its enforcement actions totaling over $1.3 billion, including funds collected from crypto companies