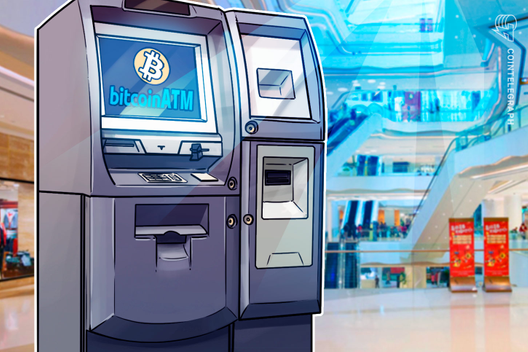 The largest shopping mall operator in the United States, Simon Malls, has partnered with Bitstop to install Bitcoin ATMs at some of its locations

BitStop announced on Nov. 26 that the firm has already installed Bitcoin ATMs at five Simon Malls locations in California, Florida and Georgia. Bitstop co-founder and CEO Andrew Barnard said that the machines were installed ahead of the holiday season:

“With the strategic timing of this new installation of Bitcoin ATMs at Simon Mall locations, customers can conveniently buy Bitcoin while doing their Black Friday and Christmas holiday shopping.”

Bitsop, which claims to be licensed and regulated, plans to grow its teller machine network by over 500 locations by the end of 2020, according to Barnard.

The new partnership builds on the firm’s previous installation of a Bitcoin ATM at the Miami International Airport, which it announced in mid-October.

As Cointelegraph reported earlier this month, the number of Bitcoin ATMs installed worldwide surpassed a new milestone. Data at the time showed that there were over 6,000 such machines worldwide, over 65% of which are in the United States.

In addition to possible tax issues, Fort claimed that the operators of crypto kiosks should be obliged to follow the same Know Your Customer and Anti-Money Laundering rules as other cryptocurrency-related businesses. The largest shopping mall operator in the United States, Simon Malls, has partnered with Bitstop to install Bitcoin ATMs at some of its locations