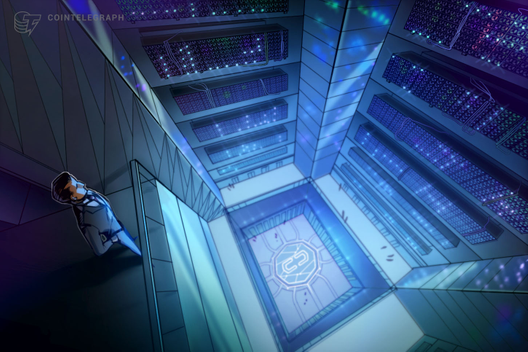 The cryptocurrency mining operations of mining firm Bitfarms are still expanding despite complaints of the residents of the city of Sherbrooke, Quebec.

Local news outlet CityNews reported on Nov. 20 that residents living near the site of the firm’s mining operations are complaining about the allegedly intolerable sound and vibrations originating from the facility.

The complaints of the population

The firm’s executives claim that the noise problems will be solved by a 23-meter wall around its mining farm, but residents are not convinced. Marcel Cyr, a resident living across the river from the facility notes that — while residents are complaining — the company has so far only expanded its operations. He told the outlet that residents want the business to cease operations until the noise issues are solved:

“They say they are acting in good faith. […] And in the beginning we believed them. But we no longer believe them. How can we? […] The noise destroys the environment, destroys people’s health because of the stress. […] We had peace and quiet, and we want peace and quiet to return.”

Bitfarms reportedly manages five mining operations spread across the province to take advantage of cheap local hydropower. The firm struck a deal with Sherbrooke to pay the city about 3 million Canadian dollars (about $2.25 million) per year for its electricity use.

Denault also said that the company intended to address the noise issue and will renovate the building and build a wall outside it to muffle the sound. He claimed that an increase in the capacity of the farm will not increase the noise, stating:

“We expect significant improvement versus what the residents are allegedly complaining about today.”

Not the first such instance, but the company improved conditions

Denault’s claims that the company is cooperative in solving noise problems are backed up by Patrick Melchior, mayor of Farnham, another place where Bitfarm operates. He said that residents had similar complaints in 2017, but the company has since improved the situation:

“They were very cooperative. Their goal was really not to be a bad corporate citizen. […] They reduced the noise considerably .. and the citizens were very satisfied. The case is closed.”

Cointelegraph reached out to councilmembers from the aforementioned cities but has not received any responses as of press time.

According to Google Finance, BitFarms’ stocks are trading at 0.53 Canadian dollars ($0.40). This means that the shares are down over 75% from when they were listed in July.

Despite uncertain market conditions, cryptocurrency mining firms are seemingly optimistic when it comes to the future of their industry. As Cointelegraph reported yesterday, German Bitcoin (BTC) mining firm Northern Bitcoin has entered a merger agreement with United States-based competitor Whinstone to jointly build what will supposedly be the world’s largest mining farm.