Bond market veteran Nik Bhatia says that with Lightning, Bitcoin has become an unprecedented asset, combining a store of value with medium-of-exchange scale and speed

Bond market veteran Nik Bhatia says that with Lightning, Bitcoin (BTC) has become an unprecedented asset by combining a store of value with medium-of-exchange scale and speed.

This recognition prompted him to quit his former work for an institutional asset manager trading United States Treasuries on Wall Street, as he outlined in a blog post on Nov. 18.

Bhatia is now an adjunct professor of finance and economics at the USC Marshall School of Business, whose involvement in Bitcoin has since evolved to include a research role at Bitcoin payments stack developer OpenNode.

In his post, Bhatia several times underscores the almost ungraspable difference in the scale of the two financial worlds he has inhabited. Back when he first encountered the cryptocurrency in 2016, he writes:

“Bitcoin had less than $20 billion in total value. I, a relatively small player in the bond market, was turning over $20 billion in Treasuries in just a few months.”

Crucial to closing this gap — to bring Bitcoin’s adoption to a level that can rival the Federal Reserve’s processing of $767 trillion via its wire system in one year — Bhatia focuses on the functionality that Lightning Network brings to the cryptocurrency.

As previously reported, the Lightning Network is a second-layer solution to Bitcoin’s scalability limitations, opening payment channels between users that keep the majority of transactions off-chain, turning to the underlying blockchain only to record the net results.

Recognizing the potential of Bitcoin’s digital scarcity (and its resulting store-of-value properties) when combined with the functionality of Lightning-enabled fast transaction settlement prompted Bhatia to resolutely turn his back on his erstwhile Wall Street career. He writes:

“Bitcoin’s supply schedule initially hooked me, but Lightning was the force that was pulling me in […]  a store-of-value asset exhibiting medium-of-exchange currency speed and scale is unprecedented in human history, and worth pursuit.”

Earlier this month, investor Tim Draper singled out innovations such as the Lightning Network and OpenNode would be key in propelling the Bitcoin price higher, reaffirming his belief that BTC/USD would hit $250,000 by 2022 or 2023. He said;

“It’s because of Lightning Network and OpenNode and maybe others that are allowing us to spend Bitcoin very freely and quickly, so that it’s not just a store of value but it can be used for micropayments.” 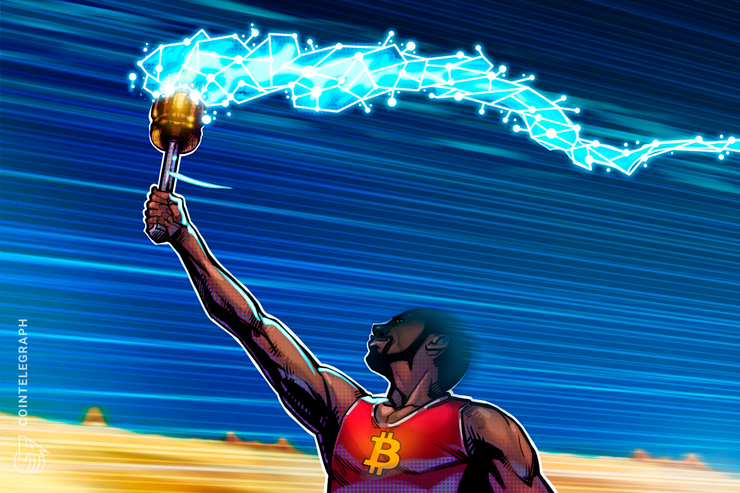 Bond market veteran Nik Bhatia says that with Lightning, Bitcoin has become an unprecedented asset, combining a store of value with medium-of-exchange scale and speed