The U.S. SEC is reviewing its decision to reject Bitwise’s Bitcoin ETF proposal

In an announcement on Nov. 18, the commission said that the ETF filing from Bitwise Asset Management and NYSE Arca will return to review, following the earlier rejection for not meeting the necessary requirements.

In October the U.S. regulators said that the applicants did not meet the necessary requirements regarding possible market manipulation and illicit activities. The SEC wrote at the time:

„The Commission is disapproving this proposed rule change because, as discussed below, NYSE Arca has not met its burden under the Exchange Act and the Commission’s Rules of Practice to demonstrate that its proposal is consistent with the requirements of Exchange Act Section6(b)(5), and, in particular, the requirement that the rules of a national securities exchange be designed to prevent fraudulent and manipulative acts and practices.”

One of the regulator’s major concerns when evaluating new commodity-based ETFs is establishing whether the underlying market is resistant to manipulation. In the SEC order that rejected Bitwise’s application, the commissioners wrote that the evidence insufficiently supported the claim that the “real” spot market for Bitcoin, when “fake and/or non-economic data is removed,” is sufficiently resistant to manipulation.

However, today the regulator announced that it is reviewing the proposal, so once again, any party or person may file a statement in support of, or in opposition to, the action made pursuant to delegated authority, no later than Dec. 18, 2019.

The SEC further points out that the order to disapprove the proposed listing of the ETF filing from Bitwise Asset Management and NYSE Arca will remain in effect pending the Commission’s review.

Charles Lu, CEO of the confidential ledger protocol Findora, recently said of a realistic timeline for the first crypto ETF approval, that he is doubtful that the process will be quick:

“For a bitcoin ETF proposal to gain SEC approval, the sponsor will need to prove that real price discovery is happening as opposed to market manipulation.” Lu did not believe this will happen in the near future, adding: “The SEC will require surveillance-sharing agreements with significant cryptocurrency exchanges — a requirement that few foreign-domiciled exchanges will agree to.”

Industry professionals seem to display a certain level of reserved optimism, believing that at some point, the crypto industry will get its coveted prize, but not just yet. 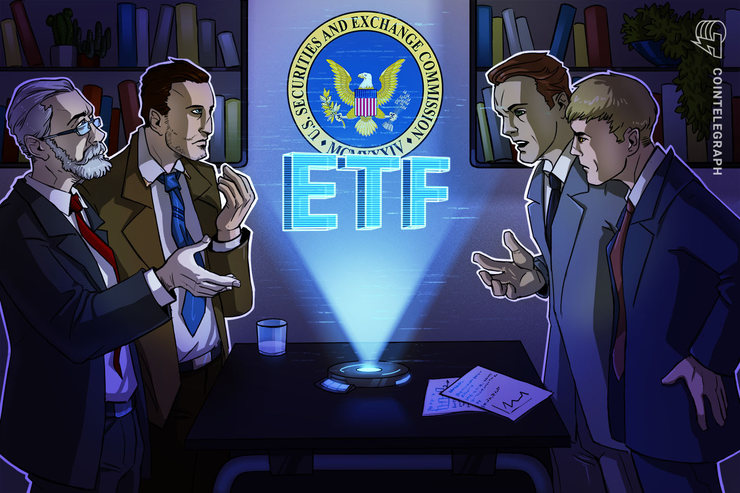 The U.S. SEC is reviewing its decision to reject Bitwise’s Bitcoin ETF proposal