Secrets They Missed at DevCon: What It’s Really Like in a Working DAO

Secrets They Missed at DevCon: What It’s Really Like in a Working DAO 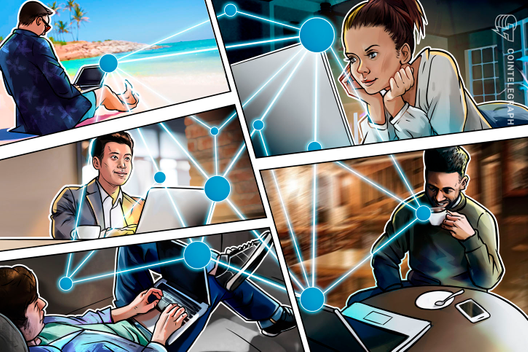 Four Lessons in de-leadership to build a successful DAO

The topic of decentralized autonomous organizations is echoing loud and clear from the halls of this year’s DevCon to CryptoTwitter. Multiple projects at DevCon, including Aragon and MolochDAO, presented their commitments to decentralize power across a DAO, or, a group organized by rules encoded as a computer program. DAOs are transparent and controlled by the community rather than a centralized authority, such as a government, bank or corporation.

Related: What is DAO

Key to the formation of a DAO is the organization around a particular purpose or mission. For example, Aragon is organized to enable new types of sovereign organizations. MolochDAO exists to fund Ethereum infrastructure. The mission of the Decred DAO is to enable direct sovereignty over the protocol, which is built to be a sustainable and long-term store of value.

Based on my experience, I’d like to share four lessons in DAO de-leadership, which correspond with the four aspects required to realize the purpose of a successful DAO: 1) humble leadership that writes itself out as the project grows; 2) funding free from special interests; 3) active development; and 4) strong community participation in decision-making.

Leaders need to drop their egos and edge themselves out.

Egos are dangerous when you’re trying to decentralize, as they tend to cling to their own importance and power. However, a leader must be able to let go, and over time, relinquish all control to the DAO. For example, we’re currently decentralizing control of the treasury, and the community already votes to determine the budget allocation process. Too many founders overstay their authority or create a small group of decision-makers that maintain centralized control — yet another central planning committee. Even respected projects like MakerDAO struggle to put power directly in the hands of the community. It’s an ongoing exercise in trusting the collective intelligence of the community rather than looking to a founder, expert or oracle. Without the relinquishment of power, the DAO remains centralized and there is no certainty it persists beyond the life of the founder.

You need developer and project funding.

Right now, project funding typically comes from corporate entities, i.e., venture capital, foundations, ICOs or similar, and even individuals who deposit funds in exchange for voting power. With funding typically coming from legacy financial systems, new methods are required to ensure sustainable funding in these uncharted waters. No infrastructure exists, we have no models to emulate, so DAOs must forge the path, overcome roadblocks and find creative solutions. The establishment is not going down without a fight, as we’re seeing with Facebook’s Libra, but resistance is futile. Decentralization is already happening.

MolochDAO is an example of a benefactor model for funding Ethereum developers. Whether or not this will stand the test of time is still to be determined. Community funding initiatives are a way to avoid venture capitals who need a return on their investment. DAOs are becoming a new way for community members to back a project, although VCs can participate as well. With Decred, we have a continuously self-funding treasury derived from 10% of each block reward, which is used for project-level expenses.

In the long-term, broader solutions make more sense because they are sustainable. Decentralizing a treasury, adding privacy, or creating a decentralized exchange all contribute toward the long-term health of the project. None of these initiatives yield immediate payouts, and none of them would likely be funded if the source of funding needed to realize short term gains. These projects define the long-term direction of both the DAO and the broader ecosystem they wish to build. The return on these infrastructure investments is on a decades-long horizon, and for those who are patient, it will yield immeasurable value.

A successful DAO is like a smooth-running machine, but will still hit some bumps.

The technical commitment required to build a successful DAO is monumental. Too many projects talk about developing new features or upgrades, but in reality they lack a holistic game plan to recruit and retain the right development talent. Ethereum, for example, is a massive base layer to decentralized finance and decentralized apps, but its long development delays mean other projects built on top of it are also in a holding pattern waiting for results. On its blog last year, Aragon said, “Making organizations upgradeable is key, so they can last as long as the Ethereum blockchain is up (or even beyond Ethereum).” To do so, agile and adaptable development are needed. If a project’s base layer has issues, it can create serious problems, like Ethereum’s base layer changes that caused problems for Aragon smart contracts.

Rather than trying to steer a slow-moving ship, DAOs need to give individual contributors the autonomy to move fast. Decred employs independent contractors to develop features so they are often able to move faster on the projects that most interest them. For example, one team of agile developers created our first mobile wallet app, while another group passionate about security developed our initial privacy release a few months back.

A DAO’s participants will become disenfranchised without sovereignty distributed amongst them. We see this all the time in politics as apathy sets in when voters don’t believe their voice matters. Members of a DAO must have real efficacy, not just the ability to comment on decisions, or worse — having no platform to engage at all. The more participation in decision-making or voting, the fairer the outcome and the healthier the DAO will be.

When it comes to voting in a DAO, there are two ways: votes can be direct or delegated. Delegated voting is no different than representative democracy, where a select group could easily act in their short-term or personal interests over the long-term benefits of the entire community. Take EOS for example: This year alone, millions of dollars in profit are heading to a select group of block producers who also control much of the delegated voting, self-electing without any actual regard to their behavior or merit. This isn’t the way a DAO should function, and it’s antithetical to the health of the network.

Direct participation ensures that all parties are designing a future that works long-term. Direct voting means individuals have hard sovereignty and must live with the consequences of their decisions, while delegated systems mean DAO members aren’t truly vested. Instead, they’re simply staking in hopes of making money. In Decred’s Politeia, a blockchain-anchored project management proposal system, individuals have a real voice. Not only do they publicly debate proposals, but their votes determine whether or not the proposals are implemented. In its first year, Politeia’s mean voter participation was 31.2%, with its highest voter turnout representing a majority of the community at 51.7% voted. Thus far, no proposal has failed to hit 20% quorum. This is direct sovereignty in action. It works to engage voters, it’s the most fair, and the most decentralized.

In the end, creating a DAO means pioneering uncharted territory. But we’re all in this together, and the best way forward is to align the motivations and incentives of the different parties that participate in the DAO. This means, intelligent design from genesis is crucial, but so is transparently setting an example and collaborating with other DAOs in the learning process. The right incentive systems and effective ways to participate will enable our communities to realize their visions for the DAO.

In 2020, I expect higher scrutiny on DAOs using delegated voting, and greater work engaging communities across the board. It’s already shaping up to be an exciting year ahead, and I plan to continue letting go of my authority until the collective intelligence is all that exists.

Jake Yocom-Piatt — Decred co-founder and project lead — is a cryptocurrency pioneer who has been using, funding and directing the creation of open-source software for over 10 years. Prior to Decred, Jake funded and oversaw the creation of btcsuite, an alternative full-node Bitcoin implementation written in go, whose source code has been used in several other notable projects such as Lightning Network (lnd), Ethereum, and Factom. He also is a co-creator of zkc, a high-security asynchronous chat system. 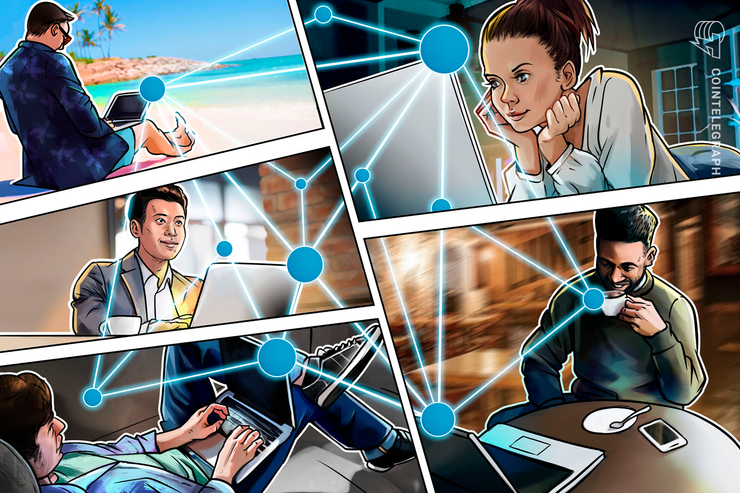 Four Lessons in de-leadership to build a successful DAO