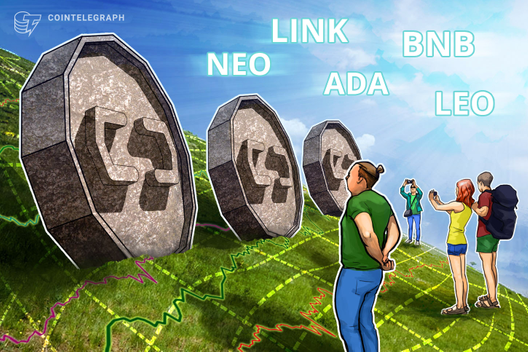 The United States Federal Reserve believes that stablecoins “could complement existing payment systems and improve consumer welfare” but the operators behind the digital assets will require constant oversight and regulation. The Fed warned that if a stablecoin payment network achieves a global scale quickly, it will increase risks related to financial stability and monetary policy.

Interestingly, with all the regulations and monetary policy initiatives of the Fed, the total debt of the US has hit $23 trillion. It is not only the US that is burdened by debt. Global debt will reach a staggerring $255 trillion by the end of this year. This massive growth in debt is unsustainable and is certain to result in a major financial crisis in the future. Possibly, the next crisis might usher a change from fiat to cryptocurrencies.

The installation of Bitcoin (BTC) ATMs has continued at a blistering pace. The total number of ATMs worldwide increased to over 6,000, with over three-quarters of the installations in North America. Asia lags behind with only 2% of Bitcoin ATMs, but this shows that there is huge growth potential.

With crypto gaining acceptance gradually, is this a good time to buy? Do the top performers of the past seven days show signs of bottoming out? Let’s analyze the charts.

NEO was the best performer in the past seven days. It rallied close to 12% during the period. The cryptocurrency seems to be benefitting from the consistent positive news flow out of China. Can the bulls build up on the momentum and carry the prices higher? Let’s analyze the chart.

For the past two weeks, the bulls have been struggling to breakout of the overhead resistance at $13.88772. However, the positive thing is that they have not allowed the price to fall below the moving averages. This shows that buyers are in no hurry to book profits and are initiating long positions on minor dips.

Chainlink (LINK) has again found a place amongst the top performers. It moved up by about 4% in the past seven days. Does the chart indicate an uptrend that is likely to carry it towards its lifetime highs? Let’s find out.

The LINK/USD pair has been gradually moving higher in the past few weeks. The 20-week EMA is sloping up and the relative strength index (RSI) is in positive territory, which suggests that bulls are in command. While the buyers have managed to push the price above the overhead resistance at $2.8498, they have not been able to sustain at higher levels. This shows profit booking by the bulls closer to $3.

However, we like the way the price has been making a higher low consistently for the past six weeks. This indicates that the sentiment is bullish.

Currently, the bulls are again attempting to scale above the overhead resistance at $2.8498. If successful, a rally to $4.5826 will be on the cards. Conversely, if the bulls fail to sustain the price above $2.8498, a dip to the 20-week EMA is possible. This can be viewed as a buying opportunity. Our bullish view will be invalidated on a break below $1.46.

Cardano (ADA) was the third-best performer of the past seven days with a marginal rise of about 2%. During the week, Weiss Crypto Ratings tweeted that Cardano was superior to EOS, which divided the community, with some agreeing and others questioning the credibility of Weiss Ratings. This week Cardano completed the snapshot and balance check for its incentivized testnet on Nov.12. This will allow investors to earn rewards by delegating their stake. While there is development on the fundamental side, traders will be observing to see how this impacts the altcoin’s technical setup.

Even though the ADA/USD pair has been rising gradually for the past few weeks, it lacks momentum. The up move will face resistance at the 20-week EMA and above it at the 50-week SMA. The 20-week EMA is sloping down and the RSI is in the negative zone, which suggests that the bears are at an advantage.

Smartphone maker HTC will launch a limited edition of Exodus 1 that will support various Binance services. This is supposedly the first Binance Chain-ready smartphone. Binance will also be the first cryptocurrency exchange to integrate the Fiat Gateway solution announced by regulated blockchain company Paxos. This new service will allow users to swap between dollars and stablecoins on a one-to-one basis.

Binance added support for buying BTC, Ether (ETH) and XRP directly with Turkish lira through its local digital wallet partner Papara. Fundamentally the exchange has been making the right moves but does the price action indicate that Binance Coin (BNB) bottomed out?

The breakout of the descending channel was the first indication that the bears were losing their grip. For the past two weeks, the bulls are facing stiff resistance at the 20-week EMA, which is flattening out.

However, we like that the BNB/USD pair has not given up ground. This increases the possibility of a breakout of the overhead resistance. If the price breaks out and closes (UTC time) above the 20-week EMA, a rally to $32 will be on the cards.

Alternatively, if the bulls fail to push the price above the 20-week EMA, the pair might remain  range-bound between $21.2378 and $18.30 for a few weeks. Our bullish view will be invalidated if the price turns down and breaks below the support at $18.30.

UNUS SED LEO (LEO) fell about 1% in the past seven days but still turned out to the fifth-best performer. This shows that the crypto markets are under pressure. Does the outperformance by LEO indicate demand at lower levels?

The LEO/USD pair has been consolidating in a tight range of $1.05440 and $0.941 for the past few weeks. This shows a balance between demand and supply at the current levels. While the bulls are buying the dips to $0.941, the bears have been defending the resistance at $1.05440.