Bitcoin Price Risks Falling Under $8.4K If the Bulls Don’t Step Up Now

Bitcoin Price Risks Falling Under $8.4K If the Bulls Don’t Step Up Now 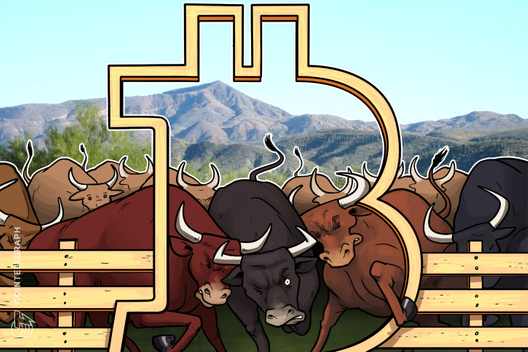 Bitcoin (BTC) price is still retracing from the massive rally two weeks ago, which leads the sentiment to turn bearish. Several signs indicate that the price needs to reverse quite soon, or the whole upwards move is deleted from the charts.

The daily chart shows that the price of Bitcoin once again can’t hold support on the 200-Day Moving Average (MA) and Exponential Moving Average (EMA). Such a move often leads to a bearish bias among traders as the 200-Day MA and EMA are crucial indicators for bull/bear perspectives.

Alongside with a drop below the crucial moving averages, the price of Bitcoin wasn’t able to break the downward trendline. This trendline started at the top at nearly $14,000 in June.

Breaking the trendline would provide a vital sign for bullish perspectives on the market.  Additionally, the $7,300 level showed bottom signals with bullish divergences and a falling wedge structure, which resulted in the historic surge to $10,500.

However, this push couldn’t close above the crucial $9,500 resistance area and caused the price to retrace further downwards to the yellow zone. This yellow zone is classified as a potential support area since it previously served as resistance.

However, the price of Bitcoin is currently hanging on a few key levels. First, it’s the previous resistance area seen in October, which can become support if buyers step in here. But the price also retraced towards the golden ratio (0.618-0.65 Fibonacci level) of the whole upwards push from $7,300 to $10,500. This means that bulls must now step in to reverse the downward trend seen so far this month.

This current market cycle is still showing many similarities with the previous one, i.e. a breakout from the bear market, causing the price to move from $3,100 to $13,900.

This parabolic move has led to a range-bound period and accumulation at higher levels suggesting that a breakout before the next halving is possible.

During the last few months, the same movements occurred as the $7,300 level was marked with similar bullish divergences. This also marked the “low range” of the range-bound period, marked green in the chart.

But does this mean further bullishness is warranted? No, because in the short-term, the price is retracing. However, this is a natural move for an asset that pushed 42% overnight on Oct. 25.

As long as the green area holds as support and the price is moving above the 100-Week MA and EMA, investors don’t have anything to worry about. In fact, a potential bullish cross of these two moving averages is likely to occur, which was also a bullish signal in the previous market cycle.

This chart is showing a clear breakout of the cryptocurrency markets at the end of October, as the falling wedge broke upwards. The bullish divergences were similar to the breakout in December 2018, which marked the bottom of the bear market of 2018.

Right now, consolidation is needed and backtesting levels must flip to become support. As the chart shows, the red area around $220 billion must turn into support to continue the bullish trend.

Another similarity with February 2019 is that a significant retracement also occurred before continuing to the upside.

For example, $9,050 was broken as support, which caused the price to drop to the next support level at $8,700. This leads to a retest of the previous support at $9,050, only to confirm that it flipped to become resistance.

In downtrends, this is a continuous movement and, unfortunately for the bulls, this is still occurring on the smaller timeframes.

Therefore, bulls must break out of this downtrend, preferably with a double bottom confirmation or bullish divergences. After that, a breakout above $8,700 is needed in order to flip that resistance level into new support.

The yellow zone is crucial here and needs to hold (as this is also the golden ratio), followed by a clearcut break of the $8,800 area, preferably with high volume.

Nevertheless, as short-term momentum is still favoring bears, a continuation of the downtrend is more likely to occur. In this regard, a few scenarios are possible for a bearish outlook, which both lead to the same lower level.

In the first scenario, the price is unable to break out of this short downtrend and falls below the yellow zone and golden ratio. A potential bounce upwards could then provide a short opportunity. However, testing the green area around $7,400 is most likely to occur in such a move.

The second scenario has the same conclusion as the first one, but a different approach. Here, the price is able to break out of the downtrend but lacks volume and is not able to go beyond $8,700. Such a fakeout often leads to a sharp dump during which bounces will also provide some good opportunities for shorting.