Do Lawmakers Use AML as an Excuse to Centralize Crypto and Blockchain?

Do Lawmakers Use AML as an Excuse to Centralize Crypto and Blockchain? 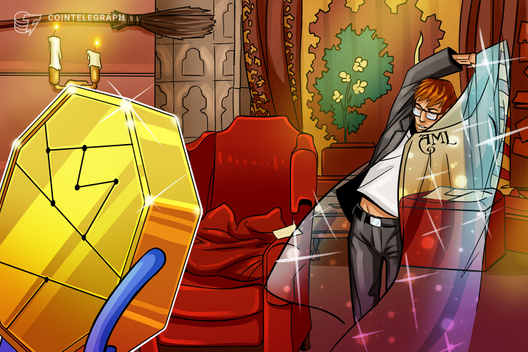 Reports show that fiat currency is still the favorite choice for money laundering, with 2–5% of all transactions being illicit, yet regulators ferociously attack AML policies

Cryptocurrencies came to life as a counterweight to the global financial restrictions that are powered by banks and regulators through the use of fiat. Therefore, it is fitting that Bitcoin (BTC) broke into the limelight in 2009 and raised a lot of controversies right form the start.

By design, all blockchain transactions are recorded on an immutable ledger. Therefore, even though it would take immense work, skilled auditors like Ernst & Young are able to find irregularities — as opposed to fiat, which it is claimed that 99.9% of money laundering is not prosecuted by regulators.

Early on, criminals quickly realized the benefit of anonymous and decentralized trading, and thus started using cryptocurrencies to fund their illicit activities and to launder money. However, EY’s work shows that funds can be found on the public ledger. So, is money laundering by large criminal enterprises through cryptocurrency a major factor or will fiat remain preferred?

Detailed research in 2018 by Elliptic and the Foundation for the Defense of Democracies’ Center of Sanctions and Illicit Finance indicated that money laundering accounted for 1% of all Bitcoin transactions, which is the most widely used cryptocurrency. By comparison, a United Nations report titled “Money-Laundering and Globalization” estimates that laundering with fiat currencies accounts for 2–5% of all transactions.

How the global trends of cryptocurrency are changing due to AML

While some local regulators have opted for or considered outright bans on cryptocurrency, the majority shows a desire to learn more about them in an attempt to positively regulate cryptocurrency.

Cryptocurrencies have continually faced allegations of facilitating money laundering, while data continues to disprove this theory. For a while now, both local and intergovernmental regulators have warned about the potential for unhindered criminal activity that cryptocurrencies could help to facilitate — so much so that the term “cryptocurrencies” has become synonymous with controversy for the general public rather than highlight the benefits blockchain provides.

Current Anti-Money Laundering regulations are adopting strict standards to perceived threats, regardless that fiat is still the leader in money laundering. Many of the prominent cryptocurrency exchanges are adopting further centralized methods to prepare for a more regulated future.

Those in favor of resistance from cryptocurrency exchanges say that bowing down to regulatory authorities will turn cryptocurrencies into centralized institutions like banks. To blockchain purists, this goes against the very core of what digital assets stand for: decentralization, transparency, and public accountability.

According to the report by Elliptic, “Bitcoin has unique properties that can easily serve the interest of criminals.” The research further highlighted that Bitcoin’s alleged illicit use is mainly based on anecdotal evidence from two darknet outliers in blockchain, the Silk Road and Alpha Bay. While it is impossible to quantify how much Bitcoin is illicitly used, the same can be said about fiat currencies. However, with crypto, there is most likely going to be a record for regulators to monitor.

A 2019 law enforcement report from the U.S. Securities and Exchange Commission stated that $4.3 billion fines and disgorgements were levied against companies, both large and small, that committed fraudulent actions. This number has grown for the same period last year was $3.9 billion. Another uptick this report highlights is that the number of fines this year increased to 862 enforcement actions, from 821 in 2018. The SEC has returned $1.2 billion to harmed investors, as well as suspended 600 people and 271 companies from the securities markets.

Further, the main highlights of the report focused on rooting out misconduct that harmed investors and markets related to a Ponzi scheme, affecting 8,400 investors. The Woodbridge Group of Companies LLC paid over $1 billion in penalties resulting from a real estate scheme, which was completely devoid of crypto. So, is crypto introducing new dangers or are these simply the same issues magnified by FUD?

Related: Privacy Vs. Security, Do Authorities Monitor Every Crypto Transaction?

Cryptocurrencies could potentially be a better channel for money laundering only when transactions are completely anonymous and private. However, many cryptocurrencies are traceable thanks to advancements in the technology. Criminals now cannot easily use this channel as they initially could thanks to leaders like EY and other auditors, even with private chains.

From the perspective of tax evasion, blockchain makes it easier to keep a record of all transactions carried out on the network. Therefore, with clear regulation, calculating the tax due would be straightforward. These records can be instantly viewed and accounted for when the need arises.

Blockchain technology makes it easier for governments and financial investigators to follow the money trail. The complete record of transactions is stored permanently in a shared ledger that ultimately ties back to a bank account and an identity.

For instance, Bitcoin’s public ledger presents all transactions right from the point fiat was converted into BTC. This makes it possible to identify criminals and their transactions. Such functionality is known as attribution and is something purists, like John McAfee, are attempting to circumvent.

Despite this, many governments have not yet provided clear guidance on cryptocurrencies and have left regulations ambiguous, which is arguably harming the growth of the industry. For example, U.S. legislators are calling on the SEC to clarify regulatory guidelines on cryptocurrency. Governments leading on the path of cryptocurrency guidance are working on developing legal frameworks to regulate cryptocurrency use cases and manage taxation issues.

The key to developing an innovative crypto ecosystem that gains mass adoption lies in effective and efficient regulatory frameworks. Appropriate legislation must be in place to ensure cryptocurrencies are more legitimized across the globe. From the perspective of the global AML perspective, the following measures can help to curb any incidents of money laundering:

Know Your Customer compliance has prompted many large financial institutions to consider developing their own blockchains. Banks are using the technology for several operations, including customer identification (as detailed above), which is the main action used to hamper money laundering.

Further regulation will bring about cryptographic protection by sharing updated records on a continuous basis with banks, exchanges and other regulatory parties. The risk now becomes how the data is stored and who performs the checks. This presents major centralization and security risks.

If the only gateway to cryptocurrency is restricted to banks and government institutions, that may create further centralization issues for crypto. While blockchain technology can provide the compliance link between crypto exchanges and banks, it places a centralized power in between users’ access to the decentralized world.

Speaking with Cointelegraph, Harish Gupta, CEO of Polybird — a global marketplace for securities that is regulated in the U.S. under the SEC and the Financial Industry Regulatory Authority — outlined how this currently works:

“In the advanced smart contracts of security tokens, AML is rather quite simple. The tokens just won’t transfer to a wallet address that is not KYC’ed and approved. Though many such smart contracts today are not very advanced so a lot of such works need to be done manually.”

Therefore, it might be possible that employees of some banks or governments could abuse the KYC onboarding ecosystem for personal or political gain. For example, they might have access to useful information and possibly carry out insider trading or reverse transactions of rivals.

Another problem is that regulators disagree on the nature of cryptocurrencies, like whether to consider them as commodities, currencies or securities, making the interoperability of assets heavily restricted.

No venture or innovation is immune to risks

It is clear that cryptocurrencies themselves do not provide the best avenue for money laundering. Yet, cryptocurrencies have been involved in some of the largest public scams over the last decade.

Ponzi schemes, investment fraud and other forms of theft have further muddied the reputation of cryptocurrencies in the eyes of the public. Furthermore, the impact of these scams has pushed a negative light on cryptocurrencies, forcing regulatory action.

Speaking with Cointelegraph, Jude Regev, CEO of blockchain-based venture capital firm Jointer.io, stressed that “due diligence when investing is important yet increases the barrier of entry to only sophisticated investors while scaring mainstreet.”

As with most new industry, there are some questions that remain, including: Where does the equilibrium between regulation and decentralization lie, and how can it be achieved?

The choke point for the risk of money laundering is where crypto is cashed out from exchanges and transferred into banks, and this is where regulators are focusing. If exchanges establish a stringent compliance standard that meets or exceeds regulatory expectations, the risks can be significantly mitigated — although centralization then becomes a worry. The perception of governments and traditional financial institutions concerning cryptocurrencies could ease and open the doors for widespread adoption.

Regulatory institutions will continue to stress the need to improve AML practices because of the absence of clear legislation related to cryptocurrency exchanges — and because of perceived danger rather than actual risk. Due to this reason, many centralized exchanges and businesses will continue to adopt robust AML policies out of choice rather than obligation for fear of reprisal.

The crypto ecosystem is surrounded by myths and FUD. Being a nascent technology, it is quite normal for the general public to act skeptical toward something new and unknown, and for the industry itself to sway toward conformation. 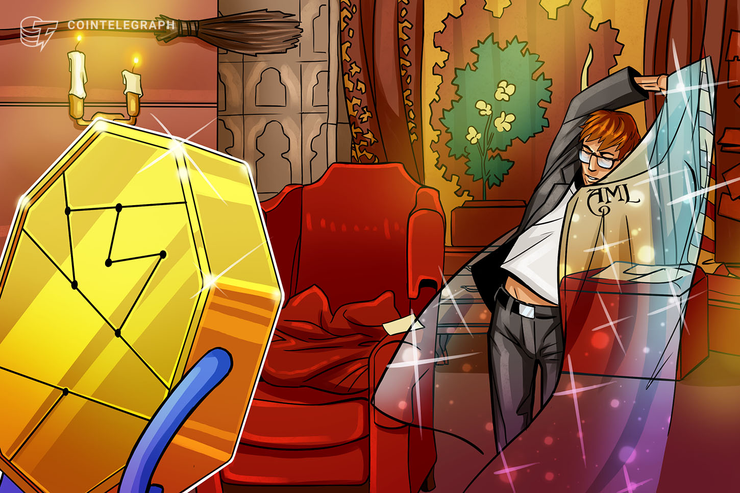 Reports show that fiat currency is still the favorite choice for money laundering, with 2–5% of all transactions being illicit, yet regulators ferociously attack AML policies