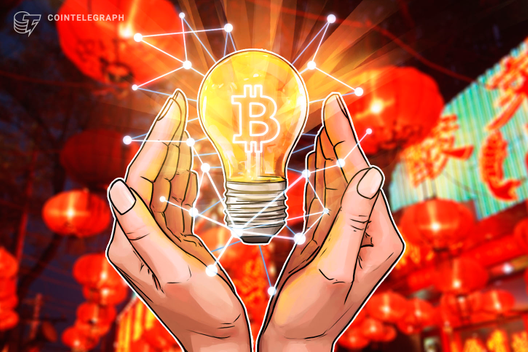 State-run Chinese media has published coverage of Bitcoin, acknowledging it as “the first successful application of blockchain technology.”

The Xinhua article is broadly positive and detailed in its coverage of Bitcoin and the history of its development and evolution.

It opens by posing the question of whether the coin represents the “inevitable trend of future currency development or just another ‘tulip’ hype?” Given this formulation reproduces a long-standing industry platitude, it arguably leans more toward rhetorical convention than polemic.

The article continues to describe the core principles of blockchain as a decentralized, immutable and trustless system for the peer-to-peer transfer of value, covering aspects such as mining, digital scarcity and pseudonymity.

It is in regard to this latter — again, similarly to much Western mainstream media coverage of cryptocurrencies —  that the article flags up the potential risks of Bitcoin, arguing that purportedly “the most important uses of Bitcoin payments are black market transactions and ‘dark net’ transactions.”

Xinhua also emphasizes the volatility of Bitcoin as a currency that is not backed by a centralized sovereign power — as distinct from national fiat currencies.

However, the article is notably free of hyperbole or demonization, prompting some readers to propose that the coverage represents the “first time Bitcoin got such positive exposure” from the Chinese government.

As reported, President Xi’s recent high-profile endorsement of blockchain innovation in recent weeks was accompanied by the signing of the first national law regulating cryptography, governing various aspects of blockchain, due to come into effect this January.

The country’s central bank, the People’s Bank of China, is also expected to become the first major global economy to launch a central bank digital currency as other countries, such as Tunisia, are already getting a head start.

While state media has recently reiterated a cautious stance against speculative excesses in cryptocurrency trading, the country is nonetheless appearing to tone down its erstwhile stringent opposition to activities such as Bitcoin mining. State-run Chinese media has published coverage of Bitcoin, acknowledging it as “the first successful application of blockchain technology.”