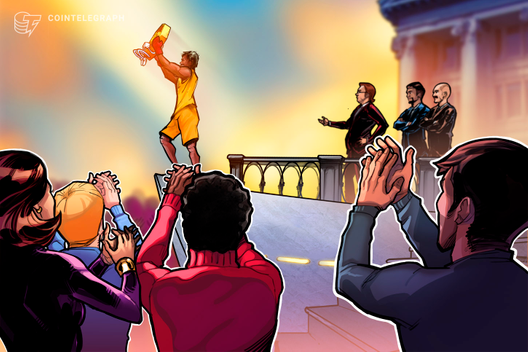 The much-anticipated PAC token backed by boxing champion Manny Pacquiao will be available on the GCOX crypto exchange starting from Nov. 12

Boxing legend and Phillipino politician Manny Pacquiao’s PAC token will become available for purchase on the Singapore-based GCOX crypto exchange through an initial exchange offering on Nov. 12, according to a press release shared with Cointelegraph.

The PAC token was first launched at the start of September this year, and its main purpose is to facilitate the purchase of merchandise and social media interactions with the Philippines-born current welterweight champion.

According to previous reports, the token’s launch was backed and supported by Sheikh Khaled bin Zayed al-Nahyan, a member of Abu Dhabi’s ruling family, as well as former Liverpool football striker Michael Owen.

How will the PAC work?

The PAC token functions like any other tradeable cryptocurrency backed by distributed ledger technology. The token has a variety of uses, as stated by Pacquaio in an email conversation with Cointelegraph:

“PAC token can be used for several purposes, and also for me to reach out to my fans all over the world.“

Among other things, the token will enable fans of the politician and sports star to connect through the Acclaim! social app. Users will receive loyalty points that can then be redeemed for autographed merchandise, complimentary tickets to meet-and-greet events with Pacquiao, as well as multimedia content such as access to live streams and motivational videos.

“The PAC token is the first asset to combine blockchain technology with fan culture, and given the devotion of Manny’s supporters.”

Additionally, Lee said that the token is created to provide a more exclusive, membership-like experience when interacting with Pacquiao.

However, this would not mean that those who do not hold tokens will not be able to interact with the boxer, as Pacquiao will still be active on social media, just as before. The much-anticipated PAC token backed by boxing champion Manny Pacquiao will be available on the GCOX crypto exchange starting from Nov. 12