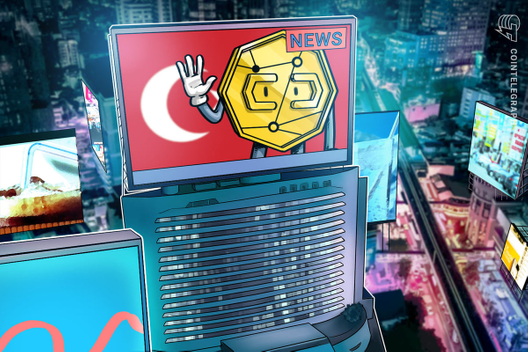 Digital lira to be internalized next year

The Presidential Program published by Turkey’s official national publication Resmi Gazete on Nov. 4 established that the government should complete the test phase of the nation’s CBDC by the end of 2020.

The government plans to develop a platform capable of instant payments employing the currency. Both the country’s central bank and the Scientific and Technological Research Council of Turkey work on developing the new system.

A scammer Aydin, Turkey, defrauded up to 40 people of roughly 600 Bitcoin (BTC), valued at over $5 million at press time. The victims — among them doctors and police officers — were reportedly lured with the promise of high dividends on their investments.

The fraudster also used a referral system promising to victims bringing new investors profit shares up to 15%-20%. Twenty victims have been gained with this method.

Turkish Football Club Galatasaray Spor Kulübü launched Ethereum-based fan tokens in a partnership with blockchain sports fan startup Socios based on sports tokenization platform Chiliz. According to a press release, 10 million tokens worth 10 Turkish liras ($0.17) each have been minted for a total value of $17.3 million.

The team’s tokens will reportedly let fans express their opinion and direct the club’s operation to the degree allowed by its management. All the interactions will be carried out through an official iOS and Android mobile application.

Huobi and Binance are coming to Turkey

Cointelegraph Turkey recently interviewed two executives of the crypto exchange Huobi after the company’s recently announced plans to launch a fiat gateway for the Turkish lira. During the interview, Huobi MENA co-founder Mohit Davar and Chief of Staff at Huobi Ciara Sun answered questions concerning the exchange’s move to Turkey.

Davar said that the firm had already opened an office in the country with a dedicated four-person team and plans to double the number of local employees by the end of the year. Furthermore, Sun pointed out that not only the exchange, but also Huobi Pool, Huobi Wallet, Huobi Capital and Huobi Labs will also all be at the service of the Turkish crypto community.

In an interview with Cointelegraph, the strategy officer of major cryptocurrency exchange Binance, Gin Chao, announced that Binance’s move to Turkey is also imminent. He said that Turkey carries market characteristics favorable for cryptocurrency adoption.

More precisely, he explained that Turkey has a notable gross domestic product but lacks the political and financial stability of the eurozone, making the country a prime candidate as a place to use cryptocurrency in everyday life.