Tether has issued a response to a recently surfaced paper that alleges that a single whale manipulated the market to cause 2017’s bull run in Bitcoin (BTC) price.

Tether, which is behind the dollar-backed stablecoin USDT, published the response on the company’s website on Nov. 7, an announcement that crypto exchange and sister company Bitfinex echoed on the same day.

In no uncertain terms, Tether denied the findings of the coming paper, even accusing the authors — John M. Griffin and Amin Shams — of unethical motivations:

“To obtain publication, Griffin and Shams have released a weakened yet equally flawed version of their prior article. The revised paper is a watered-down and embarrassing walk-back of its predecessor.”

The paper itself has yet to be published, but its key findings surfaced via Bloomberg on Nov. 4, as Cointelegraph reported at the time. It will reportedly appear in the peer-reviewed Journal of Finance.

Recap of allegations of market manipulation

According to Griffin and Shams’ findings, an unknown party using Tether’s stablecoin USDT and sister exchange Bitfinex allegedly manipulated the market into the bull run at the end of 2017 that saw Bitcoin reach all-time-high prices of over $20,000 before suffering a sudden crash that led to the onset of crypto winter.

As the Wall Street Journal reported at the time, the paper strongly implies that the single large whale in question was Bitfinex itself. “If it’s not Bitfinex,” Griffin told the journal, “it’s somebody they do business with very frequently.”

Other scandals involving Bitfinex and Tether

At the beginning of October, a law firm in New York filed a class-action lawsuit against Tether and Bitfinex, accusing the pair of using USDT to manipulate the crypto market.

In April, the New York Attorney General filed a suit against the two companies that alleged that Tether — which claims to back its tokens 1-to-1 with the United States dollar to acheive stability in value — had illicitly covered Bitfinex’s loss of $850 million using funds from Tether’s token-backing reserves. 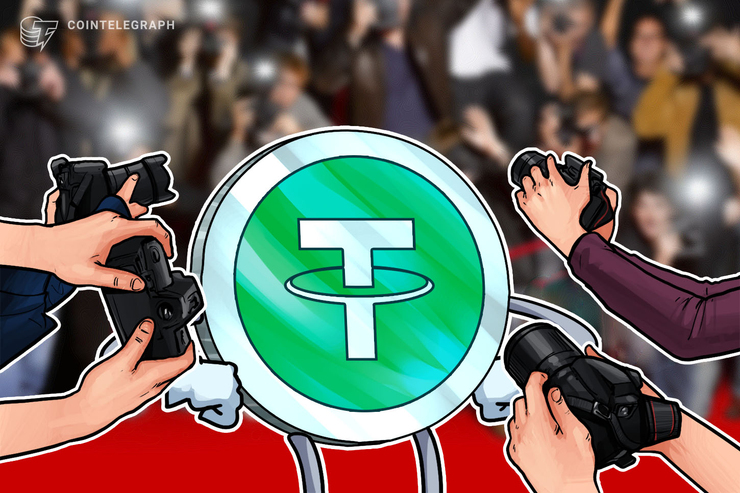