Trezor says it is unaware of the alleged Trezor representatives who appeared on the Venezuelan national TV with the country’s President Nicolas Maduro.

Trezor says it is investigating

In a news segment titled „Private companies of cryptocurrency are operative in Venezuela,“ Maduro was meeting a company that introduced themselves as alleged representatives of Trezor in Venezuela, Trezorvenezuela.

Following the reports on social media, the official Trezor account on Twitter denied the information that the company featured on VTV is formally connected to Trezor.

The official company said that they have not official resellers in Venezuela, noting they were not aware of the issue. In a tweet on Nov. 7, Trezor said they launched an investigation:

“To clarify the situation, we have no official resellers in Venezuela (http://trezor.io/resellers/ ) as well as we were not aware about the technological fair. We’re investigating this issue.”

Online commentators suggested that the company appearing on VTV was apparently an unlicensed reseller of Trezor.

According to a report by Venezuelan newspaper El Universal on Nov. 6, Maduro conducted a conference at the Banco de Venezuela in order to discuss measures to bring more adoption to Petro cryptocurrency. At the event, Maduro reportedly announced the procedures for the sale and purchase of products via Petro.

Trezor has not responded to Cointelegraph’s request for comment at the time of publication. 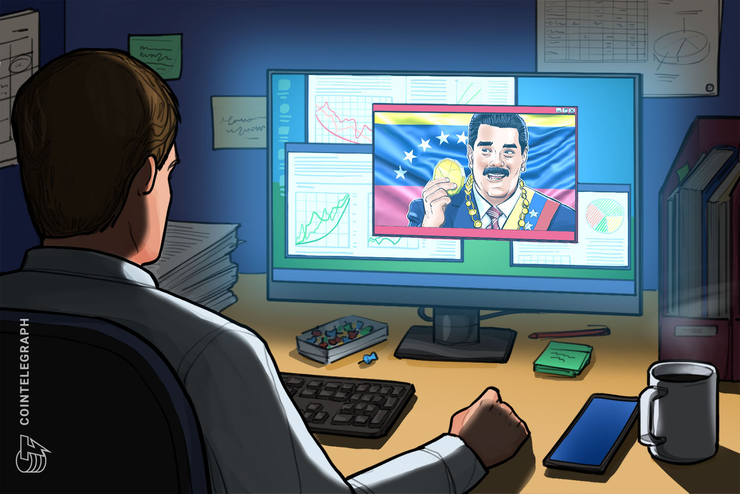